Ski areas in the Alps are breathing a sigh of relief after one of the best late-autumns of the decade has enabled most of the region’s leading areas to open all (or most) of their groomed ski runs for the busy Christmas – New Year period.

It was in fact a very white Christmas for many areas, particularly in Austria and Switzerland, with some reporting up to 90cm (three feet) of snowfall over the period from Christmas Eve to Boxing Day.

Images are from Les Contamines in the French Alps on Christmas Day. 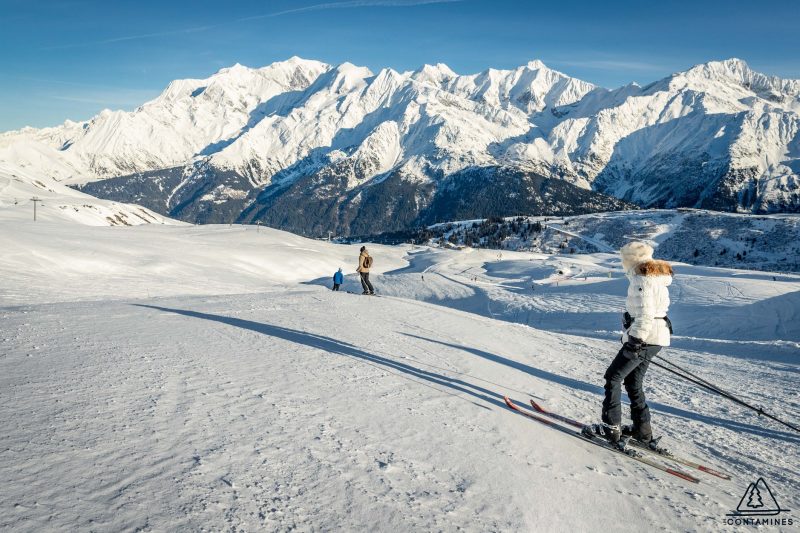 The news is not all good however. It has been warmer than most would like bringing rain at resort level for many ski centres along with wet snow to lower slopes and an unstable off-piste snowpack with high avalanche risk off the groomed runs.

But set against this the positives include a deep snowpack building on upper runs (up to 4 metres in Switzerland at Andermatt, 3 metres in Austria at Solden and 2 metres in France at Serre Chevalier) and the fact that areas have been able to open so much terrain has the overall picture for the start of the main 18-19 season looking one of the best in recent years.

The autumns of 2014 to 2016 were particularly warm and dry causing problems for many resorts opening much terrain for Christmas skiers.

Elsewhere there’s been less snow in the Dolomites and Pyrenees and bases are more in the 20-50cm bracket so far, but here too large areas of groomed slopes are open thanks to snowmaking efforts.

Conditions are looking relatively calm over the coming week with no further large snowfalls expected now until the New year.

Fresh Snow For Easter Weekend in the Alps