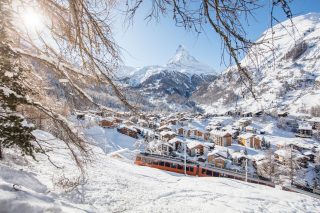 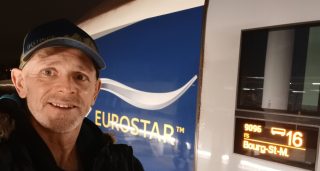 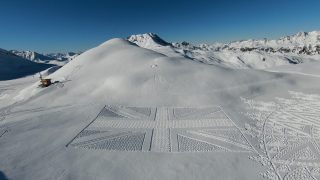 One of the most fashionable of the French purpose-built resort complexes that were originated in the late ’60s. Les Arcs has its own unique design of curving apartment block complexes which seem to hug the mountainside and, timber clad, seem more in keeping with their natural environment than most. The Arcs are car free, with covered walkways between buildings and doorstep skiing throughout.

The resort has a reputation for being at the cutting edge of snow sports and is famous for pioneered the Ski Evolutif tuition method of tuition for beginners who learn parallel skiing. It was also a mecca for mono-ski in the early ’80s and of course ‘boarding as well as other ‘sports nouveau’. There is a famous flying kilometre speed skiing course where world records have been set.

There are four ‘Arcs’, at 1600, 1800, 1950 and 2000 metres each with its own reputation. At different times the Arcs have had various names but at present 1600, 1800 and 2000 are known simply by their numbers. 1600 is known as the ‘family’ resort with 1800 the main centre with most of the facilities and night life. Arc 2000 was originally the sporting mecca with little there besides first rate sports facilities for those who needed a fully equipped gym to work out in after a full day on the slopes. All have grown to become more multi-function however.

Arc 1950 – Le Village is the newest development, and a pioneering model for europe brought over by North American developer Intrawest. The concept is for a high quality, purpose designed resort with all facilities available on your doorstep., Very like the traditional French purpose built resort the other Arcs are examples of but with greater attention to architecture, 21st century comforts and quality of service and product.

The resort has one of the world’s largest ski areas, linked to the villages of Villaroger, Vallandry and Plan Peisey, there is also a funicular railway down to Bourg Saint Maurice from where you can easily reach La Rosière on the other side of the valley with its lift link over to La Thuile in Italy. In 2003 the resort was lift linked by the spectacular Vanoise Express double decker cable car to another neighbour, La Plagne, to create the Paradiski area of 425km of trails.

Paradiski, generally regarded as one of the world’s three largest ski areas, is huge. It is the combination of the two already huge ski areas of Les Arcs and la Plagne (pictured top) linking around 20 base villages. You do have to take your skis off to jump on the spectacular Vanoise Express double decker cable car which crosses the valley between them. Even by the north American area measure its huge – 14390 hectares = 35,559 acres!

Experience Les Arcs for yourself with their latest resort video.

Wondering what the skiing is like in Les Arcs? Take a look at the full Paradiski piste map here.

The Weather Forecast In Les Arcs

The Pistes in Les Arcs