A beautiful resort nestled in the centre of the in the South Tyrol region, surrounded by the peaks of the Dolomites, Alta Badia is a picture-perfect skiing paradise.

Located in the Northernmost region of Italy, Alta Badia offers the perfect combination of Alpine and Mediterranean influences, from cuisine to culture to landscape. Boasting 300 days of sun per year, it’s the ideal destination for those who love the warmth of the sun as well as the chill of those snowy slopes.

Alta Badia is set within the Dolomites, which were named a UNESCO World Heritage Site in June 2009 and boast landscapes of breathtaking beauty as well as resorts that maintain a unique alpine charm. The Ladins, the inhabitants of this land, with their language and millennia-old traditions, offer exceptional hospitality, so you can experience the mountain through the lifestyle and habits of those who know it better than anyone.

As such, Alta Badia retains the feel of a traditional skiing town, but it also benefits from high quality infrastructure, modern facilities, first-class gastronomy and a snow guarantee (almost 100% of Dolomiti Superski slopes have modern snowmaking systems to ensure fantastic skiing all season long).

The Alta Badia ski area offers ski-on connections to over 500 km of slopes, 53 fast and comfortable ski lifts, 130 km of excellently prepared ski pistes (70 km blue, 52 km red and 8 km black). What’s more, its central position in the world’s biggest ski carousel, the Dolomiti Superski, and its privileged position directly on the Sellaronda, has ensured that Alta Badia is one of the most popular of South Tyrol’s skiing areas. The world’s largest ski network covered by a single lift pass, the Dolomiti Superski area offers an incredible 1200km of piste meaning there is a lot of variety in the area, making it an ideal spot for families or groups with skiers of different abilities.

For many passionate skiers, no ski holiday would be complete without conquering the “Sellaronda”. This ski tour route circles the Sella massif and is accompanied by spectacular Dolomite views, perfect slopes and fantastic refreshment stops en route. In addition to worthwhile round trips like the Sellaronda or the First World War ski tour, several individual ski slopes have also received acclaim. Examples include World Cup courses like the Gran Risa, where Men’s Ski World Cup races are held each year.

With such a vast amount of skiing available, you are sure to be hungry after a day on the slopes, so it helps that Alta Badia is also a fantastic destination for foodies. South Tyrol is Italy’s most decorated culinary province, with 19 Michelin-starred restaurants (holding a collective 26 Michelin stars). In Alta Badia itself, there are 3 Michelin-starred restaurants, one of which has 3 stars (the first restaurant with 3 stars in South Tyrol). With Alta Badia’s innovative gastronomy influenced by its unique location and excellent wines produced in the region, your taste buds will thank you for taking a holiday here.

In Alta Badia you can truly live the Italian ‘Dolce Vita’. 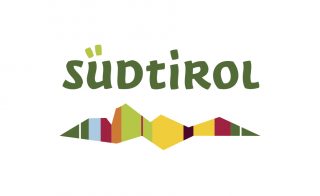 Events on the Slopes

Taste on the Slopes

Getting to Alta Badia