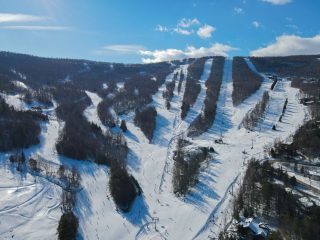 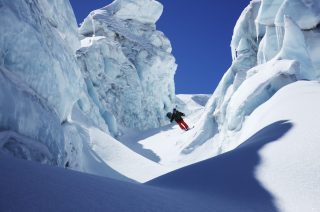 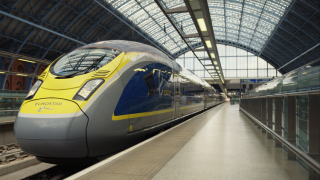 La Rosière built its reputation as an affordable and family-friendly ski resort in the heart of the French Alps.  It lies across the Tarentaise Valley from Les Arcs and next door to La Plagne. 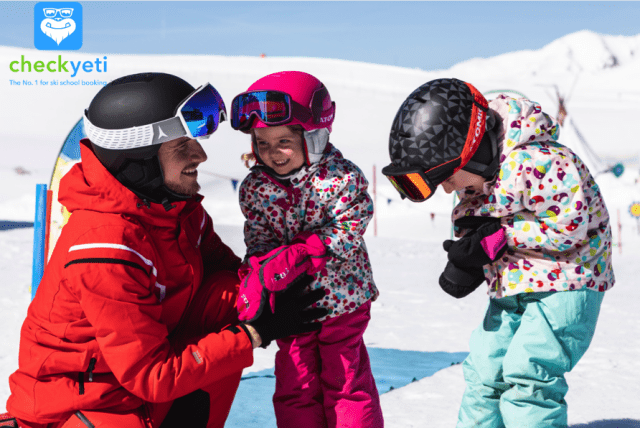 Whilst still having families at the heart of its operations, La Rosière did surprise many just a few years ago when it opened a whole new mountain, Mont Valaisan, with much more challenging, freeride terrain that it was previously well-known for, significantly broadening its appeal to advanced skiers and boarders, whilst maintaining it’s “more affordable than most” reputation.

Another big selling point is its location right on the Italian border. In fact, this is lone of just two areas where you can ski or snowboard over the border to the ski area of La Thuile, perhaps get a genuine Italian pizza for lunch or just knock back an espresso, then head back across in the afternoon.

The combined area, known as l’Espace San Bernardo, first created back in 1984, extends to more than 160km.

The snow is good too. During winter 2018-19, la Rosière accumulated a remarkable 11 metres (nearly 37 feet) of snowfall (the annual average is 7.56 metres). The ski area is located only a few kilometres as the crow flies from both Mont Blanc and the Col du Petit Saint-Bernard and thanks to that the resort benefits from favourable weather conditions which guarantee an excellent snowfall from mid-December until end of April and makes it the resort with the highest snowfall in France.

But it gets sunshine too and most resort accommodation offers a fully south-facing view spanning more than 180°.

Although originally created in the 1950s, La Rosière has two main base areas about a mile apart, and the resort has been extensively redeveloped and expanded using a stone and wood chalet-style architectural style, sympathetic to the region, giving it a very attractive ambience, whilst also providing all the benefits and conveniences of a purpose-designed ski resort.

The resort is very easy to reach by rail with Bourg St Maurice in the valley below served by a direct TGV high-speed train service from Paris.  Guests arriving by rain also receive a 15% discount on their lift pass.

Those who prefer to fly will find Chambéry airport closest at 135km away, Lyon Saint-Exupéry 210km and Genèva 215km distant. 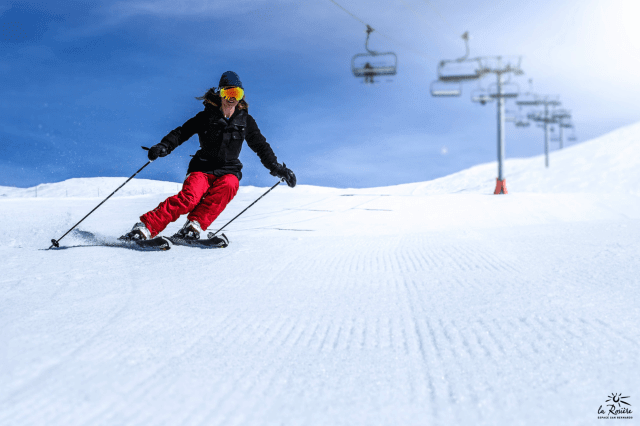 The Espace San Bernardo has been independently measured and extends to 152km (nearly 100 miles) of marked runs.  There are runs for everyone between 1190 and 2800m of altitude.  The terrain is divided into more than 80 runs, plus an additional eight ‘snowzones’ served by almost 40 lifts.  Altogether that means, it’s big!

The majority of the runs are wide, smooth, easy to moderate blue or red runs so it’s a great choice for most recreational skiers who want to whizzes around the slopes in the sunshine all day.  The trip over to La Thuile is a bit of an undertaking though as it crosses a long plateau most skiers from early intermediate level with a bit of stamina are up to it.  But it is exposed to the wind and can be closed so its best to set off earlier in the ski day to allow plenty of time for the return leg.

La Rosière is a convenient, relaxed and well-equipped centre for learning to ski. The Manessier draglift and the Tapis des Lutins carpet lift run free for everyone meaning beginners can get to learn lift use without initially needing to buy a ticket.

For children aged 3-13 The Club des Galopins offers both fun and high-quality tuition for younger kids, who’ll get to know the resort’s mascot, a St Bernard dog. Along with (optional) ski lessons there’s an introduction to staying safe on the mountain as well as activities like sledging and snowshoeing.  Children aged 18 months or older can be looked after in the baby club either for a full or half-day.

Teenagers can join the Junior Academy for an introduction to off-piste skiing, learning the use of rescue equipment (transceiver, shovel, probe) thanks to its fun workshops in the heart of the Evo 2 DVA (transceiver) park.

La Rosière surprised the skiing world in December 2018 when it opened a whole new sector Mont Valaisan. An investment of 15 million euros resulted in the creation of this freeride area with six red slopes and one black run, Etagne, with a 74% gradient.  Two new detachable six-person chairlifts were installed, taking the highest point of the ski area up to a new high point at 2,800m.  It’s very unusual for an established ski area to build lifts higher than their original highest lift these days and adding advanced terrain, especially at a family-oriented resort, is also unusual, but it certainly helped broaden La Rosière’s appeal.

In fact, La Rosière has really embraced this new addition, creating an avalanche training park to help those learning safety measures for off-piste skiing to master their skills safely, and offering introductory ski touring taster sessions, as well as full tours for the already experienced.  Freeriding is also getting bigger and bigger at the resort. 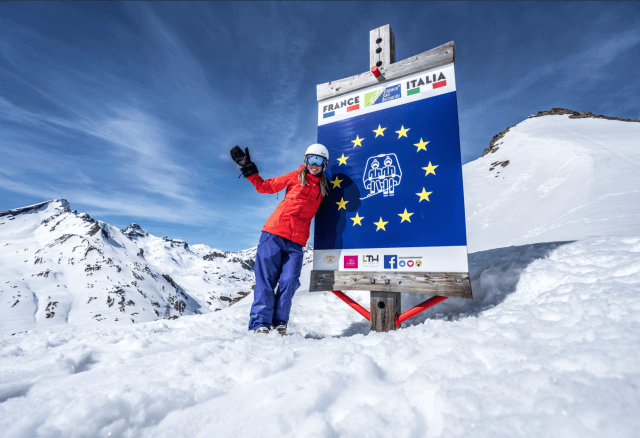 La Rosière has two main bases, ‘Centre’ – which is the original development, the oldest parts of which are now around 50 years old, and the newer Les Eucherts which has seen the lion’s share of development over the past 20 years. The two are connected by a pedestrian path and a shuttle bus service but both have their own facilities anyway so you can stay in one without usually needing to visit the other.

Both bases have a friendly atmosphere, are largely car-free (especially the case at Les Eucherts) and a good range of cafes, bars, restaurants and shops that cover all your holiday needs.

You’ll also find attractions like a bowling alley, ice skating and a downhill mountain coaster (the luge run) and plenty of organised activities like sledging with various devices, snowshoeing, paragliding and a winter running trail.

Snow-kiting, a bit like kite-surfing but on snows instead of water, has long been popular up on the plateau over to La Thuile which provides ideal conditions.

Some of the modern accommodation developments in the village have spa facilities.  Also, the thermal baths “Les Thermes de Pré Saint Didier” located near La Thuile can also be visited for a spa day trip. This unique establishment covers 3000m² and is a haven of relaxation with 37°C soothing thermal waters flowing out from the heart of the mountain.

Finally, La Rosière’s border location may interest history buffs, with its significant location in centuries past when there were not open borders within the EU. The most obvious relic is the ruined fort Redoute Ruinée at the top of the ski slopes which skiers pass on their way over to Italy. But several thousand years earlier this is one of several routes where Hannibal is thought to have marched his elephants through the Alps.

The fort looks ancient but was actually built in the 1890s after border territory had been lost to Germany then re-enforced in 1936 when an invasion was feared from Italy as World War Two began to take shape. Surrendered peacefully when France signed the armistice with Germany in 1940, it was largely destroyed at the end of the war as French forces retook it. 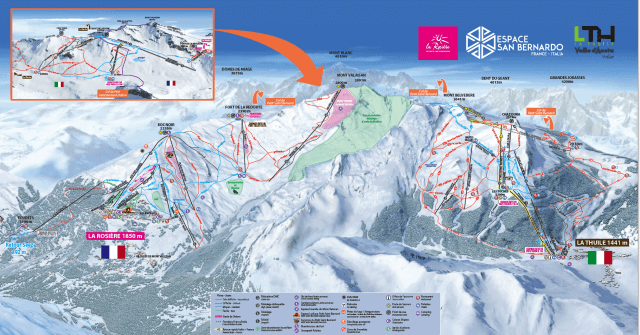 The Weather Forecast In La Rosière

The Pistes in La Rosière