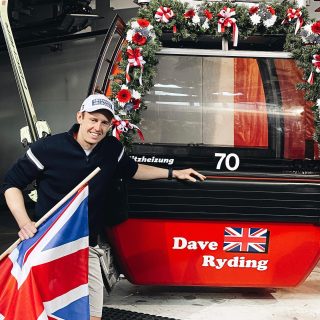 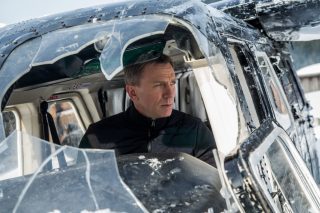 A resort that’s world famous and known well beyond the skiing world, Kitzbühel, with its ancient heart, picturesque scenery and cosmopolitan mix of accommodation, shopping and dining is a popular holiday destination year round. There’s even a casino. But Kitzbühel remains a ski resort in its DNA and sits at the heart of a great ski region that extends for almost 100 miles of ski slopes, open from October to May for a 200 day ski season.

Every January the resort reaches an even higher level when the world’s bravest and best skiers active to tackle the most famous downhill run on the World cup circuit, when the Hahnenkamm race, the Grand National of ski racing, takes place on the town’s Streif run, the biggest event in Austria’s sporting calendar, summer or winter.  Skiers reach up to 140 kph as they almost fly down the technical, extremely challenging course as they have done for more than 80 years now.

The local ski area has about 110 miles of ski runs which you can access from half-a-dozen or more spots in and around the resort, but which are now all inter-connected up top by more than 50 lifts including some of the world’s fastest, most comfortable and effective queue-gobbling lifts on the planet.

The ski area itself is divided in to three sectors, all inter-linked, including the Kitzbüheler Horn, the larger Hahnenkamm and the smaller Bichlalm which is promoted as a freeride option complete with snowcat operation.  One popular option is a 35km (22 mile) one-day marked ‘Ski Safari’ route that takes you right around the whole area.

If the pistes locally doesn’t sound like enough (it should be for a week for most of us) the area pass covers many neighbouring ski resorts a short bus ride away, in total they offer more than 1,000km of ski runs on the Kitzbühel Alps All Star Card. Closest is the SkiWelt, one of Austria’s three largest ski areas with some 280km of runs – it’s ski area almost touches Kitzbühel’s.

One thing you should be aware of in Kitzbühel is the snow.  The resort’s highest slopes at 2000m above sea level are amongst the lowest of all the major ski destinations in Europe.  That may not be great news in this era of a warming climate but so far Kitzbühel has come out fighting, actually extending its ski season to usually open some high terrain in late October each year using snow farming and clever snowmaking to open runs when most other areas can’t.

However, while you’ll probably be impressed by the ski area and its lifts, it’s the town itself that is the resort’s trump card for most visitors.

Whilst its outskirts appear much the same as any large Austrian mountain village, the medieval town centre is something special and makes Kitzbühel a great choice if you have non-skiers in your party or indeed fancy a more laid-back winter holiday where skiing isn’t the be-all and end-all.

There’s a great choice of cafes and restaurants – from affordable organic cafes up to gourmet dining – both chic and modern and traditional in one of those ancient and authentic buildings.  Even for a coffee stop you’ll have no problem finding a hand-made expresso or soya latte here. Shoppers, too, will be delighted by the wide choice of enticing shops and boutiques, including many that have been in the town for generations.  It’s not only ski shops either, there are jewellers, fashion boutiques, a lingerie store, tailors, shoe shops, a great book shop and many more.

It’s also worth noting that there’s plenty to do in Kitzbühel besides either downhill snow-sports or rather sedentary eating, drinking and shopping. The resort’s impressive Aquaarena indoor pool complex features a 25m competition pool, leisure pool and spas facilities including sauna, steambath and hammam. There are lots more spa centres around the resort including in many of the four and five-star hotels here. There’s also the Mercedes-Benz Sportpark for ice skating and curling whilst the SALEWA KletterKitz climbing gym features an 850m² climbing area that rises up to a height of 17 metres.  Then there’s indoor tennis, toboggan runs, even a casino, the list goes on.

Experience this world-class resort for yourself with the latest Kitzbühel resort video.

Wondering what the ski area looks like in Kitzbühel? Take a look at the full ski area piste map here. 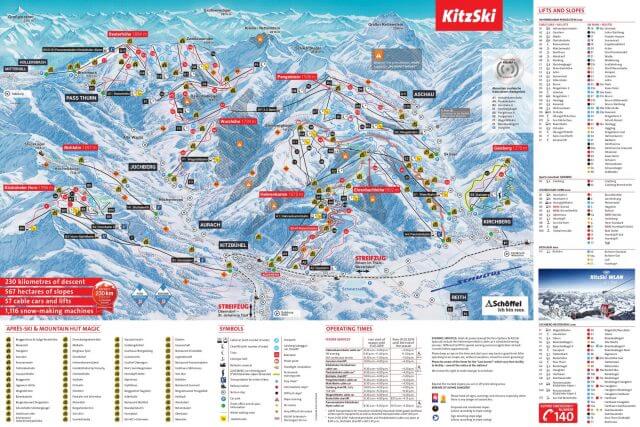 The Weather Forecast In Kitzbühel

The Pistes in Kitzbühel