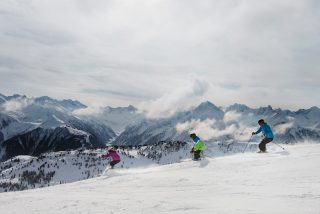 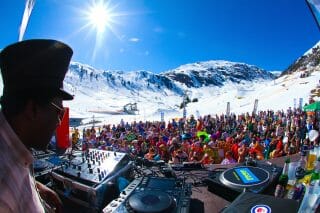 Mayrhofen has a long standing place in the upper ranks of the world’s winter sports resorts, blessed as it is with extensive ski areas. The town’s location in the wide and flat bottomed Ziller Valley adds to its appeal, as the Valley is famous for the classical beauty of the surrounding mountains. The buildings in the town are almost all of traditional Tyrolean chalet design (albeit on a giant scale in some cases) giving the resort itself a natural ambience and a picturesque image in common with its surroundings. The water flowing in to the water fountain and through the hotel taps comes direct from the mountain springs above.

With a reputation for good snow as well as a nearby glacier, Mayrhofen all but guarantees decent skiing and some fantastic powder runs when the snow is plentiful. It’s a fantastic resort for intermediate skiers, with a huge range of entertaining red runs as well as some more challenging blacks. In fact, Mayrhofen is home to one of the steepest runs in Europe, the famous ‘Harikiri’ piste, which has a 78% gradient – not for the faint hearted!

If you’re someone that likes to rack up the miles on your skis, Mayrhofen is included in the Zillertal Superski pass, which gives you access to an astounding 179 lifts and 515km of pistes across the four ski areas of the valley (Hochzillertal-Hochfügen-Spieljoch, Zillertal Arena, Mayrhofner Bergbahnen and Zillertal 3000) as well as free transport between them. Ideal for adventurous skiers who like to explore as much of the area as possible.

Mayrhofen is also an ideal destination for beginners and younger skiers, with many easily accessible beginner lifts down in the valley and a short transfer (just 1hr) from Innsbruck airport.

Popular as a climbing and walking area for over 100 years, the town began as ‘Meierhof’ an estate belonging to the Archbishops of Salzburg and first mentioned in 1200 AD. It was not granted market town status until 1969, but three years later was granted the Flag of the European Council because of its partnership with towns and villages in neighbouring countries. Today this flag waving is proven correct by the fact that only 7% of Mayrhofen’s clientele arrives from other parts of Austria, with nearly 50% making the short drive over the border from Germany, nearly 20% arriving from the UK and 9% from the Netherlands.

Experience this exciting resort for yourself with the latest Mayrhofen resort video.

Wondering what the skiing is like in Mayrhofen? Take a look at the full Mayrhofen piste map here. 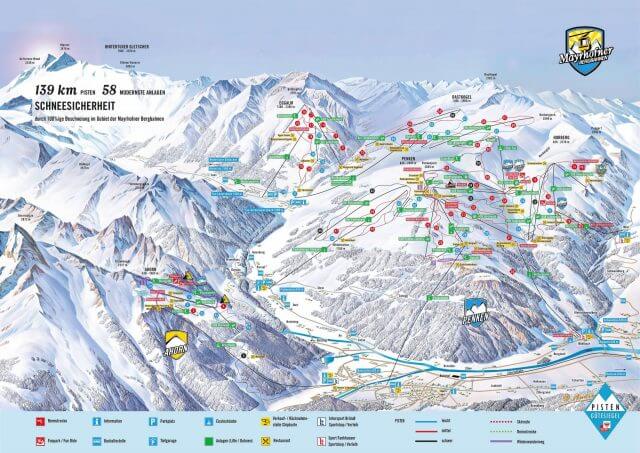 The Weather Forecast In Mayrhofen

The Pistes in Mayrhofen