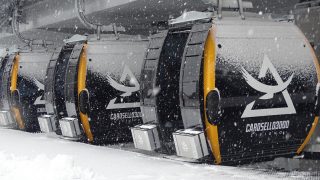 One of the highest genuine villages in Europe, Livigno is able to offer skiers natural snow skiing from November to May. It is situated in what was a remote mountain valley between the Alps to the north and the Dolomites to the south – protected from both the cold northerly winds of the former and the snow-melting warm breezes of the latter. It is located just south of the Swiss border, with St Moritz one of it nearest neighbours. The resort is famous because it is ‘duty free’ and contains over 200 shops – most of them selling alcohol, tobacco and perfume products at tax free prices.

Though Livigno is one of European skiing’s best kept secrets, it’s gradually gaining the recognition it deserves, having won the title of European City of Sport 2019.

The 115km ski area is very big for a single resort and has a modern, efficient lift system. The resort is actually based on three older villages and stretches for 8km (5 miles) along the road with various access points to the skiing along this length and the hundreds of small-medium sized shops, hotels and apartments filling almost all available space.

The resort‘s duty free status is really just a by product of its long struggle for an independent identity which was recognised as far back as 1600 when the local people were granted economic and religious independence. At that time the village was virtually cut off from the rest of the world for much of the year. This special status has been reinforced over the years by the various national rulers, including Napoleon in 1805, the Austro-Hungarian empire, in control in 1818, and most recently by the European Community in 1960.

One of the later arrivals on the winter sports map because of its isolation, only intrepid visitors arrived by sledge in the snowy months before 1952 when the road down to Bormio was opened. The first ski lift appeared as recently as 1958 and in 1964 there were just four hotels and still only one ski lift. Today there are more than 100 hotels and other places to stay.

Experience Livigno for yourself with their latest resort video.

Wondering what the ski area looks like? Take a look at the full Livigno piste map here. 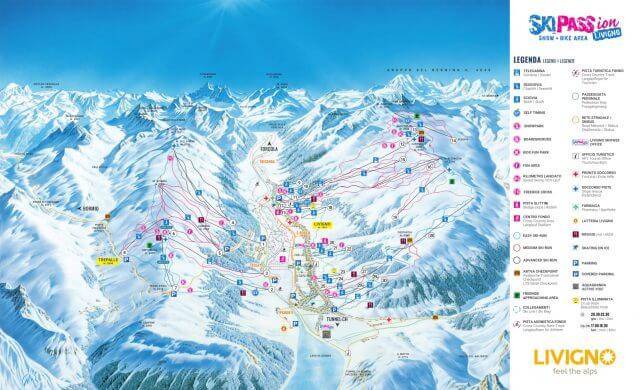 The Weather Forecast In Livigno

The Pistes in Livigno