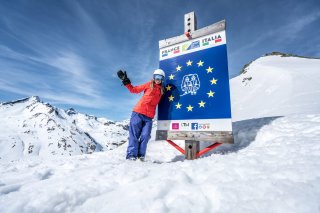 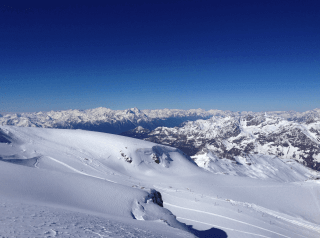 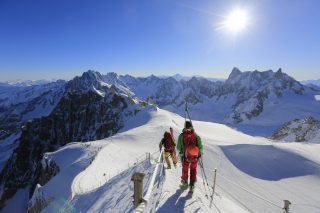 Sauze d’Oulx, pronounced “Sow-zee-doo” was one of the most successful Italian ski resorts on the 1970s and ’80s, expanding rapidly. Located on a high sunny ‘balcony’ in the Susa Valley, the resort is surrounded by larch forest above. The trails cut down through this natural amphitheatre have an excellent snow record. Its success resulted from its large and varied ski area, linked to Sestrière, its lively night life and reasonable prices. The resulting growth has led to the construction of a large number of rectangular concrete apartment blocks, mirroring its French partner, Montgènevre, now lift-linked to Sauze at the other end of the long Milky Way circuit.

The Milky Way (aka Via Lattea) ski area is now one of the largest in Europe, with 212 routes, many of which wind through beautiful tree covered landscapes. Lying on the west side of the area, Sauze has a reputation for being a red-run paradise, making it a great destination for intermediate skiers. More advanced skiers will enjoy the varied routes and the ability to ski all the way across to Montgènevre, while beginners are not left out, with plenty of gentle blue runs to choose from.

Although Sauze still has a delightful ancient heart of stone buildings, narrow streets and a cobbled square with water fountain, as well as locals prepared to dress in traditional attire for ancient festivals, these are all somewhat swamped by the newer developments all around.

In recent years Sauze d’Oulx has matured a good deal, and although the resort is still one of the liveliest ski centres in the world, the occasionally unpleasant ‘rowdy’ element has moved on. It remains a very popular destination none the less, with most of the major international tour operators including it in their resort lists.

Skiing has been popular here for over a century and world champions like Piero Gros, a gold medalist of the 1976 Olympics, have been based here and more recently the resort was a venue for the 2006 Winter Olympics. Skiing first began on the local slopes at the end of the nineteenth century when a Swiss engineer, Adolfo Kind, taught skiing to locals and guests using wooden boards strapped to the feet.

Experience Sauze d'Oulx for yourself with their latest resort video.

Wondering what the skiing is like here? Take a look at the full Sauze d'Oulx piste map here. 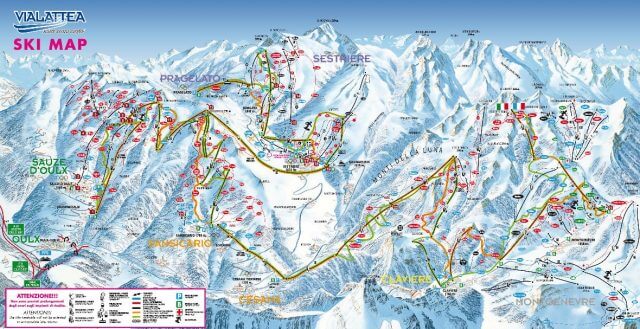 The Weather Forecast In Sauze d'Oulx

The Pistes in Sauze d’Oulx