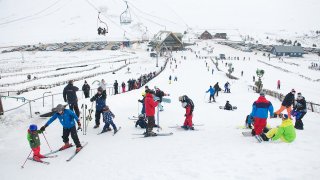 ‘The cradle of Alpine skiing’, Lech was one of the earliest Alpine ski villages, with the first appearance of Telemarking skiers on ‘Nordic Planks’ here in the 1890s, 15 years before the Alpine variant of skiing was invented. In the century since, Lech has quietly established itself as one of the world’s greatest ski resorts, having several of the crowned heads of Europe in its list of repeat clientele. Yet the village has done it without shouting from the roof tops and today it attracts the great and the good to its more than 66 four and five star hotels (that’s more than twice as many as there are in St Moritz) without very many people knowing about it.

The resort is set bang in the midst of the vast Arlberg ski area, Austria’s largest, with more than 300km of pistes and over 200km of marked powder runs. This hugely popular ski area, also home to the famous resort of St. Anton (known for it’s lively après-ski), is known for its highly entertaining, varied skiing, as well as its fantastic snow record. As well as averaging 9 metres of snow per year, the ski area is 70% covered by snow cannons, just in case! The area is renowned for its off piste skiing opportunities, making it a must-visit destination for intermediate to expert skiers.

Although a cosmopolitan resort today, Lech has also managed to maintain its character, still being owned by the original families from the last century and before and still centred on the old square towered church with its onion dome. They have ensured that the water in the mountain streams remains pure enough to drink, although you don’t need to as “mineral water comes out of the taps”.

Apart from the main village itself the Lech community takes in Zug, Stubenbach and ultra-exclusive Zürs, as well as the car-free satellite village at Oberlech (1660m), reached by cable car from the village and an excellent example of doorstep skiing: your accommodation can be reached through tunnels from the top cable car station rather than having to stagger fully loaded over the snow as is the case at some other traffic free centres.

Experience Lech for yourself with the latest resort video.

Wondering what the skiing is like in the Arlberg area? Take a look at the full Lech piste map here. 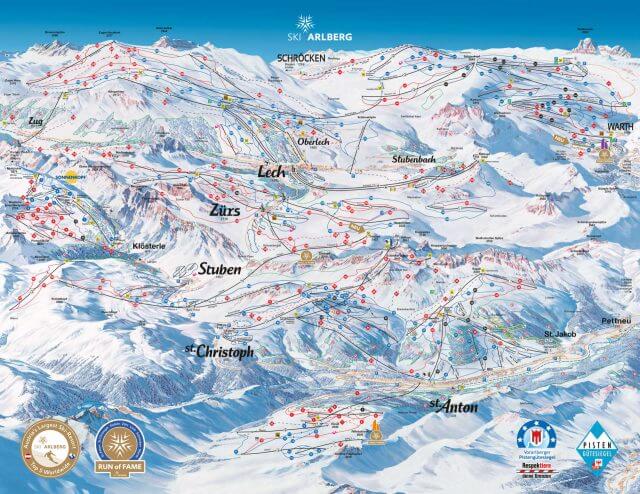 The Weather Forecast In Lech

The Pistes in Lech