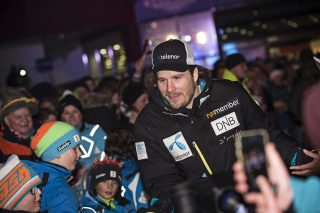 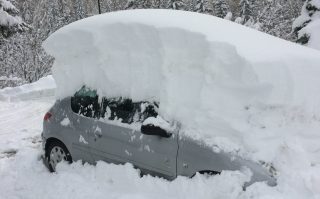 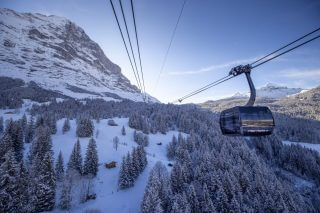 A very picturesque resort that is set in some of the most spectacular scenery that exists anywhere in the world, Wengen has welcomed skiers since the turn of the century and is one of the handful of ‘original’ downhill skiing destinations pioneered by British tourists (it celebrated 125 years of winter sports in the area in 2013).

The resort is the base of the famous Downhill Only Club (DHO), established in 1924 when the early English visitors first persuaded the locals to keep the railway running in the winter to get a lift up the mountains, then jump out and ski ‘downhill only’. Many members of the Club still return every year, content to go back to the same resort annually, (often the same week in the same room in the same hotel).

Wengen first appeared ‘on the map’ in the 1880s, before alpine skiing was invented, with the construction of the Wengenalpbahn, the first mountain railway in the area. This ultimately went on to reach the legendary Jungfraujoch, Europe’s highest railway station, perched at 3454 metres (11,332 feet). Much of today’s Wengen was then build on a sunny ‘balcony’ on the mountain along one main street, ending at the station. It is still reached by the antique but eternally efficient cog railway, which connects with the international European rail network. Car drivers must leave their vehicles in a carpark in the valley and take the train up.

The ski area is now part of the massive Jungfrau Region ski area, which encompasses three resorts; Grindelwald-Wengen, Grindelwald-First and Mürren-Schilthorn. The area encompasses 206km, with varied routes for all abilities, from steep chutes to gentle tree-lined beginner routes.

No introduction to Wengen is complete without mention of its other legendary and spectacular attraction – the Annual Lauberhorn World Cup downhill course, the longest and many believe the greatest there is. If you’re there over a World Cup weekend, you’ll be sure to find yourself highly entertained!

Experience Wengen for yourself with their latest resort video.

Wondering what the skiing is like in Wengen? Take a look at the full Wengen piste map here, 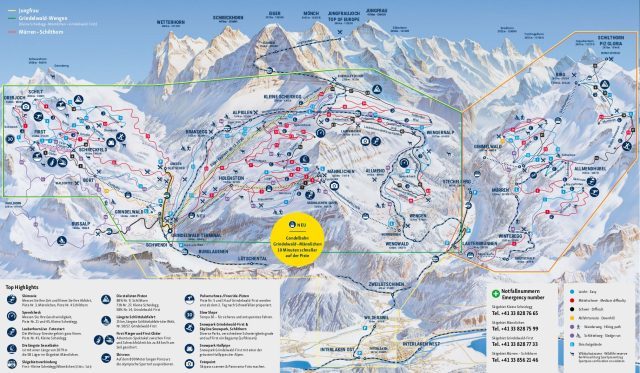 The Weather Forecast In Wengen

The Pistes in Wengen