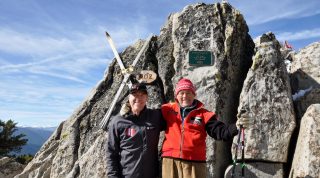 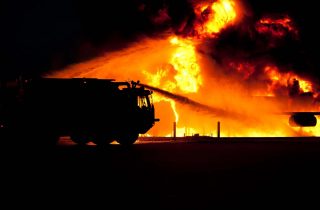 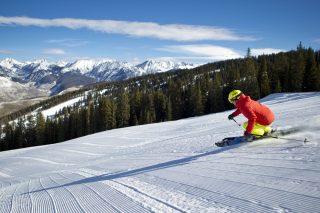 Heavenly is unique. For those of us that collect facts and figures about ski resorts it’s unique because it exists in two US States, with just over half of its lifts in California, the remainder in Nevada. It can also claim to have the biggest vertical on the western coast of the United States, the biggest ski area in California (and the second biggest in North America) and the highest skiing in the famous Tahoe region. More important than the numbers though is the stunning scenery as you look down on Lake Tahoe, North America’s largest alpine lake, and for many visitors the availability of Tahoe’s legendary ’24 hour nightlife’ once they’re off the slopes.

It was the view, and the ‘heavenly relief’ of the warm air rising, that lead settlers in the 1800s (arriving in the area from the backside of Heavenly rather than the Tahoe side), to give the area its name. A century later, the name ‘Heavenly ‘ fortunately turned out to be a marketing man’s dream.

Of course, this being a huge ski area, there is terrain to suit everyone, with sharp chutes on one side and long wide open cruisers on another.

Snow is another asset for which Heavenly is famous, its average annual dump of nearly 30 feet (around 9 metres) is of course vast, but 70% of the trails have snowmaking cover, one of North America’s largest machine-made blizzards, giving top-to-bottom coverage on both Nevada and California sides. Natural snow has been known to fall on the high Sierra where Heavenly sits during every month of the year.

Heavenly has been around for 50 years now and has gone through various metamorphises during that time. There were skiers here longer ago than in most places, most notably the famous Snowshoe Thompson who crossed over the area where Heavenly now stands when carrying the mail by ski in the mid-nineteenth century.

Heavenly’s current owner is Vail Resorts, the group’s first full resort purchase outside of Colorado. The company bought Heavenly during a period of major improvement both on the mountain and around the South Lake Tahoe area at its base. The biggest improvement for the ski area is the new Village at Heavenly with the Heavenly Gondola as it’s centrepiece. Two new Marriot properties sandwich the Gondola base lodge and the Village also included a Cinema, Ice Skating Rink and a multitude of shops, restaurants and bars.

Experience Heavenly for yourself with their latest resort video.

Wondering what the skiing is like here? Take a look at the full Heavenly piste map here. 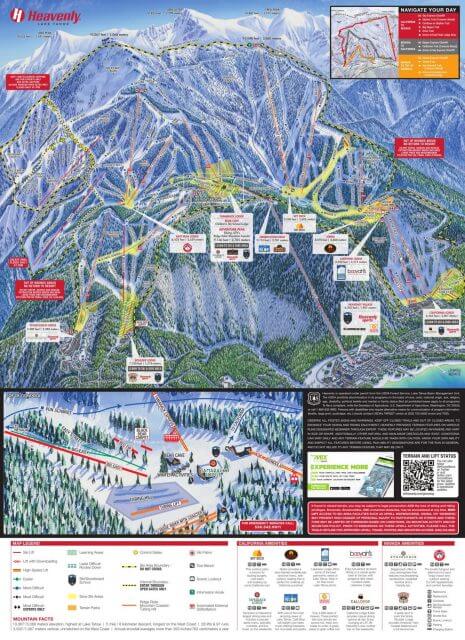 The Weather Forecast In Heavenly

The Pistes in Heavenly