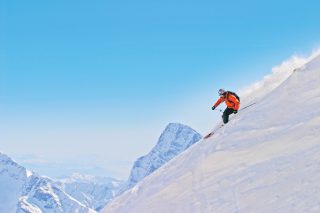 The facilties at Fernie Alpine Resort have grown dramatically over the last few years and the result is a destination resort that takes its place among North America’s finest. Located in the south-east corner of British Columbia, the powder that has made Fernie a haven for deep snow enthusiasts is produced by storm systems that develop over the Pacific Ocean off the coast of Northern Oregon.

The town has an unspoilt nature; a sense that nestled here, under the Rocky Mountains, is a place that offers a retreat from the world and all its modern trappings. New residents come to get away from the complications of modern life that seem so inherent to the city. With only three traffic lights, Fernie lends itself to the process of slowing down and getting more in tune with the world.

Although there is still coal mining, in recent years its been the ski resort that has attracted both investors and development to the area. With an influx of new interest, the town of Fernie has retained its historic nature and ambiance while also moving forward to meet the growing demand for service that can compete in a global market. Visitors to Historic Downtown Fernie have come to see the town as a destination for shopping, restaurants, bars, nightlife and entertainment.

Long before 1962, when Fernie resort was first established, it was coal which was the driving force behind the development of the Crowsnest area with the mines being the source of stories of hardship, tragedy and heroism. The discovery of coal by William Fernie in 1897 led to the formation of the Crowsnest Pass Coal Company, and in turn to the establishment of the City of Fernie, which was named in honour of the man who had helped to create its primary industry.

Visitors to Fernie may wonder about the origins of the popular March Griz Festival and why Griz is so important to the locals. According to legend, Griz is the Powder King and provider of the 8.75m/29 feet of snow which falls here annually. As the legend goes, a baby boy was born in a grizzly bear’s cave high in the mountains. The boy managed to avoid being eaten by a grizzly and was somehow able to survive the harsh winters. He has been spotted recently and is now said to have 6ft wide shoulders and carry an 8ft long musket which he shoots at clouds, releasing his special brand of powder snow making Fernie the beneficiary of some of the best packed and powder conditions in Western Canada. In recognition and admiration of the man who became known as Griz, the town’s people held a festival all week with sporting events, competitions, parades and gatherings to mark the gala week. The citizen who best embodied the spirit of Griz; through that week was made honorary Griz for the rest of the year. To this day this festival continues every March in tribute to Fernie”s Powder King.

Another of Fernie’s legends is based around William Fernie”s discovery of the coal. During one of his many prospecting trips he met a tribe of Kootenai Indians and noticed one of the Chief”s daughters wearing a necklace of black stones which he immediately recognised as coal. On enquiring about the source of the black beads the Indian Chief agreed to show him, on condition that the prospector marry his daughter. After finding out where the coal had come from Fernie, who had already given his word he would marry the Princess, renaiged on the deal. Naturally, this deeply angered the Indian Chief who invoked a fire, flood and famine curse on the valley. Fire did destroy a large part of Fernie in 1904, the year it was incorporated as a city, and again in1908 when the Great Fire left only 37 buildings standing. Most of these buildings were residential and can still be seen along Park Avenue and at the end of 1st Avenue.

Despite the incredible devastation the Great Fire had caused, the efforts of the local townspeople following the disaster helped Fernie become stronger than ever in the years afterwards. Only 4 months after the fire a business district of stone and brick was well on its way to completion and today those same buildings stand as testimony to their hard work and efforts. Floods hit Fernie in 1916 as the Elk River burst its banks waterlogging parts of the valley and town and near-famine arrived in the 1930’s in the form of the Great Depression. In 1964 members of the Kootenai tribes, headed by Chief Red Eagle, assembled in Fernie for a special ceremonial lifting of the curse, during which the town”s Mayor, James White made amends by smoking the Pipe of Peace with Chief Red Eagle. These days the only remainder of the curse, known as the Ghostrider of Mount Hosmer, can be seen each sunny summer evening when the sun casts the spectacular shadow of an Indian chief on horseback with an Indian maiden standing beside him. 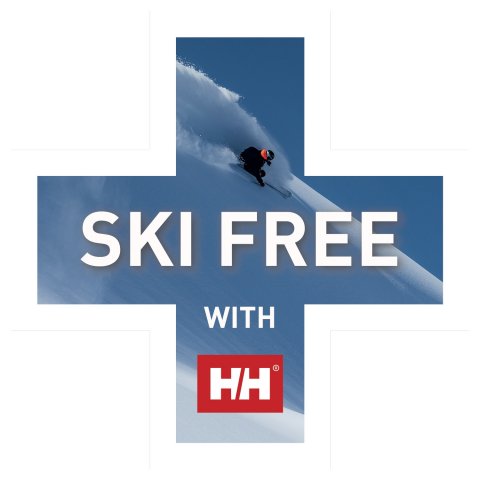 Experience Fernie Alpine Resort for yourself with their latest resort video

Wondering what the skiing is like in Fernie Alpine Resort? Take a look at the full Fernie piste map here. 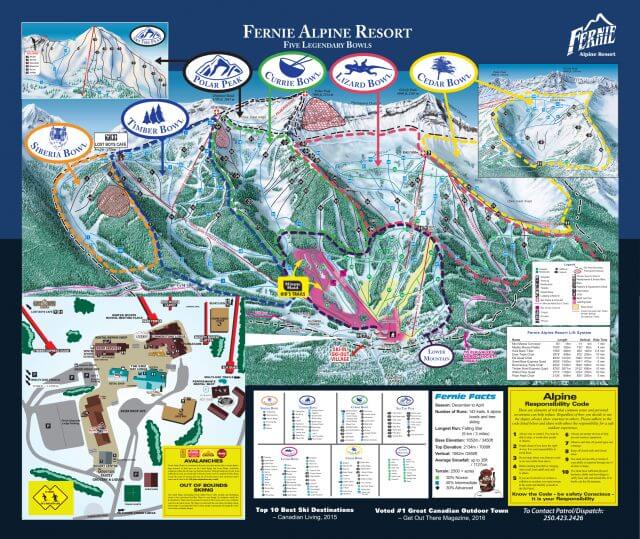 The Pistes in Fernie Alpine Resort