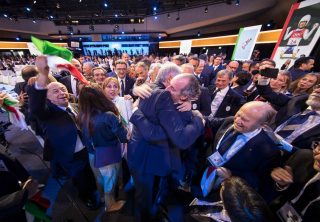 One of Italy’s top resorts, coming to world attention in 1985 when it hosted the Alpine Ski World Championships (which it hosted again in 2005), Bormio describes itself as a high alpine town at the centre of the high Valtellina region.

The town’s origins are inextricably linked to its thermal waters which have been re-nowned for their curative powers since ancient times and led to it becoming a spa town. The nine springs are mentioned in Roman documents dating back to the first century AD. Today the tradition continues in modern thermal baths.

The resort’s long history has left it with a rich collection of architectural treasures, which make it a more pleasant and interesting place to stay than many resorts. Centred around the busy main Via Roma the old buildings are decorated with frescoes and graphics and include the thirteenth century Kuerc, with its amphitheatre style roofing, where justice was administered in times past. The S. Vitale Church predates it by a century whilst the Alberti Tower is fifteenth century. The Hour Tower was begun in the fifteenth century and completed in the seventeenth, whilst the De Simoni Palace is eighteenth century. In between these great buildings are many atmospheric shops, bars and restaurants as well as two museums.

Although skiing is a very important part of Bormio, it is not the be all and end all that it is in most other winter sports resorts – Bormio has a life beyond and is busy through the summer. The ski area is more than enough for snow sports fans though, with the extended Bormio Skipass giving access to 110km of pistes across three areas, Santa Caterina, Bormio and Cima Piazzi-San Colombano.

Experience Bormio for yourself with their latest resort video here.

Wondering what the skiing is like in the Bormio area? Take a look at the full Bormio piste map here. 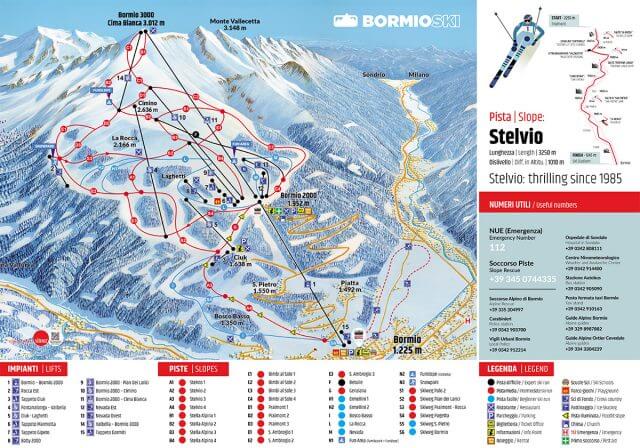 The Weather Forecast In Bormio

The Pistes in Bormio