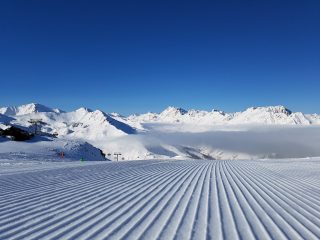 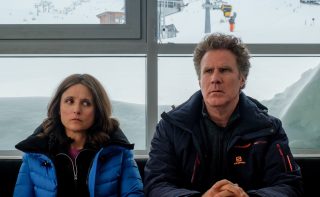 Ischgl is a large but traditional Tyrolean village below one of Austria’s greatest and highest ski areas, crossing the border to be linked with Samnaun since 1978, making a unique Austro-Swiss ski area. Considering its status today as one of the best and largest ski areas in the Tyrol, Ischgl has been something of a late developer. It survived as a predominantly farming community despite hardship causing increasing migration until the late 1950s, with the first cable car opening in 1963. Indeed Ischgl’s current success is a remarkable turn-around for a village which once had to send its children over the border to tend cattle in order to make ends meet, a practice so common that the children were even given a name, ‘Schwabenkinder’.

Although there are now more than 9000 tourist beds, making this one of Austria’s biggest resorts, the local population remains below 1500. The 200km (125 mile) ski region is one of the largest in Austria (at least partially) and with a vertical approaching 1400m up to 2872m it is much higher and bigger than some of the country’s other big name ski areas like Kitzbühel. Ninety per-cent of the ski area is above 2000m making this a particularly snowsure area with a long season, traditionally culminating in a big ‘top of the mountain’ concert at the end of April, which in the past has featured some big stars like Elton John, Tina Turner, Bob Dylan and Diana Ross. The concert and many other aspects of the area such as its status as a snowboarding mecca all contribute to make Ischgl one of the coolest resorts in the Alps.

The resort’s more recent developments have lead to Ischgl being one of the best designed ski areas in Austria and indeed the world. It has hi-tec lifts, including a funitel (ultra-stable high-capacity gondola running on two cables rather than the usual one) and a double decker cable car rapidly accessing the slopes, and slopeside lodging offered by many properties. Although customs regulations between Austria and Switzerland are described by the resort as ‘lax’, you should still carry your passport as customs official have the right to check it, and observe shopping ‘import’ restrictions when returning from the duty free shops of Samnaun to Austria and the European Community.

Wondering what the skiing is like in Ischgl? Take a look at the full Ischgl piste map here 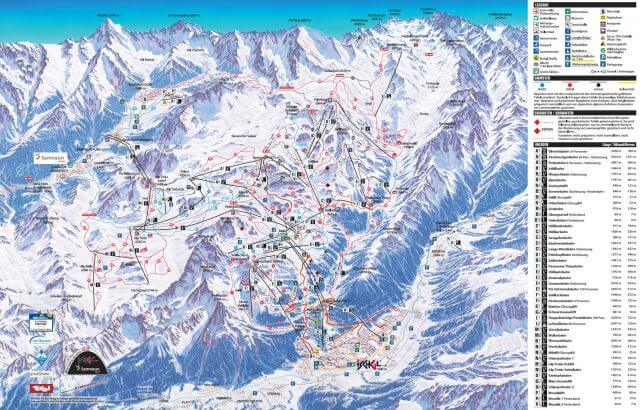 The Weather Forecast In Ischgl

The Pistes in Ischgl