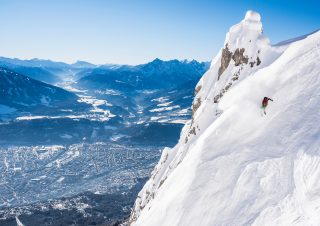 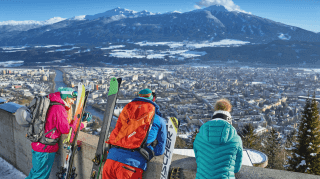 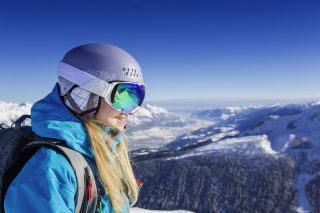 Innsbruck is one of Europe’s most unique cities, with a rich history and a wealth of high quality, easily accessible skiing. A traditional small sleepy Alpine town this is not – Innsbruck is a lively university city with over one hundred thousand inhabitants and a long history as a key European crossroads. Plus, just 20 minutes from the airport, this city is the ideal destination for a quick ski getaway from the UK.

The mountains tower up all around this cultural metropolis which has twice hosted the Winter Olympics and its only a short drive from the city’s hotels to more than half-a-dozen great ski areas that surround it. Indeed you can even hop on a funicular railway then cable car to the ski area of Nordkette from the city centre.

Other areas nearby include Igls, home of the Olympic downhill run where Franz Klammer’s name became immortalised; Axamer Lizum where the Ladies’ Olympic downhill course is located; Patscherkofel and Muttereralm – both popular with families and beginners thanks to their gentle tree-lined runs and snow-sure Kühtai.  All are included on an area lift pass which also includes a bus connection from city centre to the ski slopes, as well of the eternal snow slopes on the nearby Stubai glacier.

This is an unmissable ski destination for freeriders and off piste pursuers. Innsbruck’s powder mountain of Nordkette can be reached by ski lifts from the city centre, where you can descend the famed Hafelekar runs, tackle the Karrinne run and, if you have the skills and the nerve, perhaps the Hafelekarrinne couloir, one of the steepest ski runs in Europe.

Now, the new SKI plus CITY Pass Stubai Innsbruck has widened this ski area dramatically, offering visitors a unique skiing and sightseeing experience with just one ticket and connecting 13 diverse ski areas in the Stubai Valley and Innsbruck region with 22 attractions in and around the city.

This exciting programme allows skiers and snowboarders access to 300 kilometres of pistes and 111 different lifts, as well as the chance to marvel at the incredible unique landmarks and attractions the region has to offer, as well as using the ski bus transfer system and the hop-on, hop-off sightseer buses, all for one affordable fee. Sightseeing opportunities include the historical marvels of the Hofburg Imperial Palace, the Hofkirche Court Church, the dizzying heights of the world-famous Bergisel ski jump and the Chambers of Curiosities at Ambras Castle – to name but a few!

Experience the ski area for yourself with the latest Innsbruck resort video.

Wondering what the skiing is like in Innsbruck? Take a look at the full ski area piste map here. 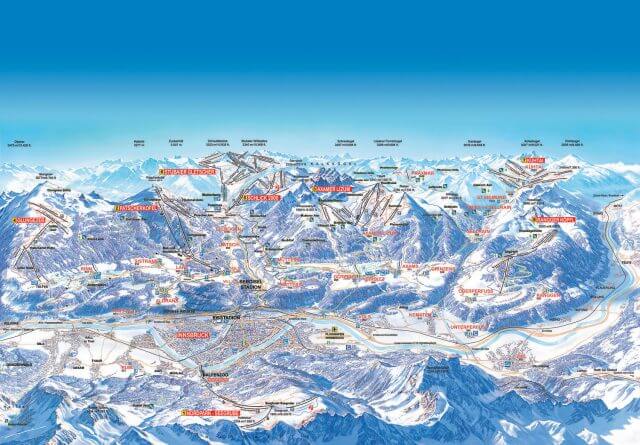 The Weather Forecast In Innsbruck

The Pistes in Innsbruck