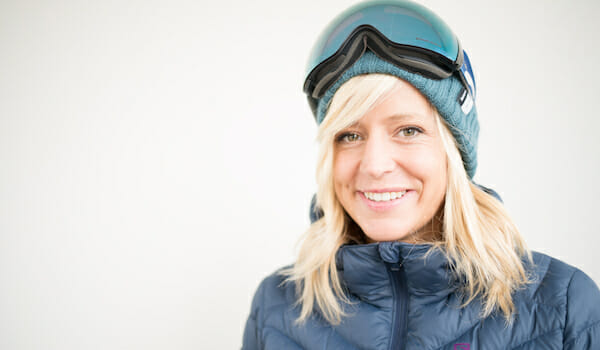 Jenny Jones, Britain’s most successful snowboarder, will be in the high altitude, panoramic ski resort of Les Arcs, France for British Celebration Week (24-30 March). The Great British Celebration started last season and was the brain child of Michel Giraudy, the Mayor of Les Arcs – Bourg Saint Maurice. Now in it’s second year it has developed and grown but it’s aim remains the same; to reassure British skiers and snowboarders, that despite the Brexit vote, they will always be welcome in the mountains, especially in the villages of Les Arcs.

Eric Chevalier, Les Arcs Tourism manager commented “For British week this year we’re excited to welcome a very special guest who will be out and about in the resort to meet our British Skiers. We haven’t quite got royalty, as they are busy planning weddings, but she is snowsports royalty and we are privileged to host Jenny Jones.”

“For a nation that doesn’t have mountains on its doorstep we are always impressed by the numbers from the United Kingdom that take up the sport and the quality of the British skiers and boarders we see here in resort. Most of our British guests return year on year ” he continued. Les Arcs welcomes 110,000 visitors each winter, of which 45% are British.

Like many British skiers Jenny learnt to snowboard on the dry and indoor slopes in the UK before heading to France to pursue her dream of becoming a professional rider on snow.

A few lucky visitors to Les Arcs will be able to share a yoga session and lunch with Jenny before she heads o to the snow park where she will ride with some of Team Les Arcs and chat to fans and snowsports enthusiasts.

During British Celebration Week the whole resort will adopt the colours of the Union Jack and host Franco-British challenges which will include football tournaments, speed skiing, street golf and a sledging competition. Additionally there will be DJs, a pyjama party and slope-side fondue. The entertainment will be both on and o the slopes and extends across all of the villages of Les Arcs.

Board With Billy Morgan and Jenny Jones