Fresh snow has been reported accumulating on ski slopes at Cairngorm near Aviemore and at Glencoe ski area in the Scottish Highlands.

It’s not natural snowfall though with summer temperatures in the mid to high teens Celsius in the region, but off-season testing of the two area’s SnowFactory all-weather snowmaking systems by engineers from manufacturer TechnoAlpin.

The two centres, along with The Lecht, added the all-weather systems, which unlike conventional snowmaking systems can make snow in positive temperatures, last autumn.  That includes making snow in summer if necessary.

Cairngorm reported the TechnoAlpin engineers made a 100 tonne pile of snow.

It’s now melting but the two areas say the snow is there, in a big pile, to play in should anyone wish to. 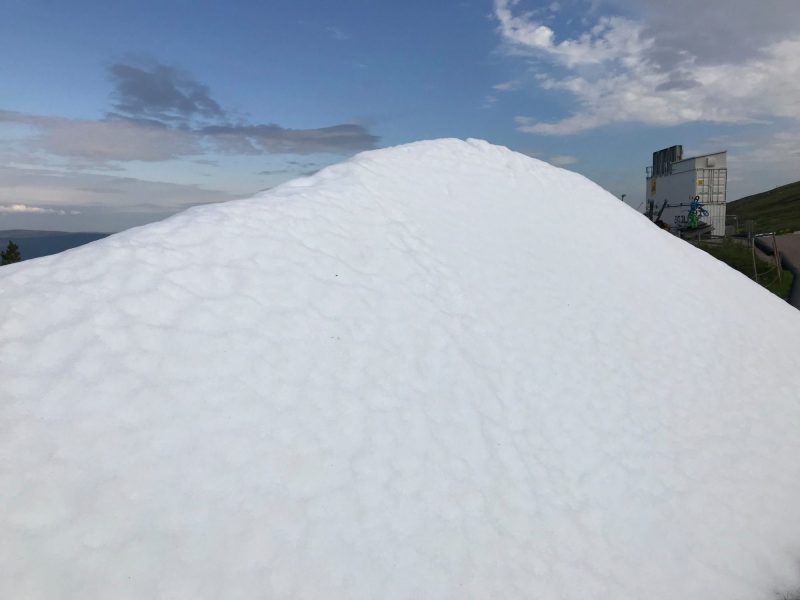