British snowboard star Billy Morgan stayed close to home this past winter with many of Europe’s alpine resorts closed and he used the time to become a splitboarding convert on a fun trip up to Scotland.

Southampton-born Morgan broke through onto the global scene with second place overall in the 2012-13 FIS World Cup snowboard Slopestyle rankings before placing 10th at the 2014 Sochi Winter Games. 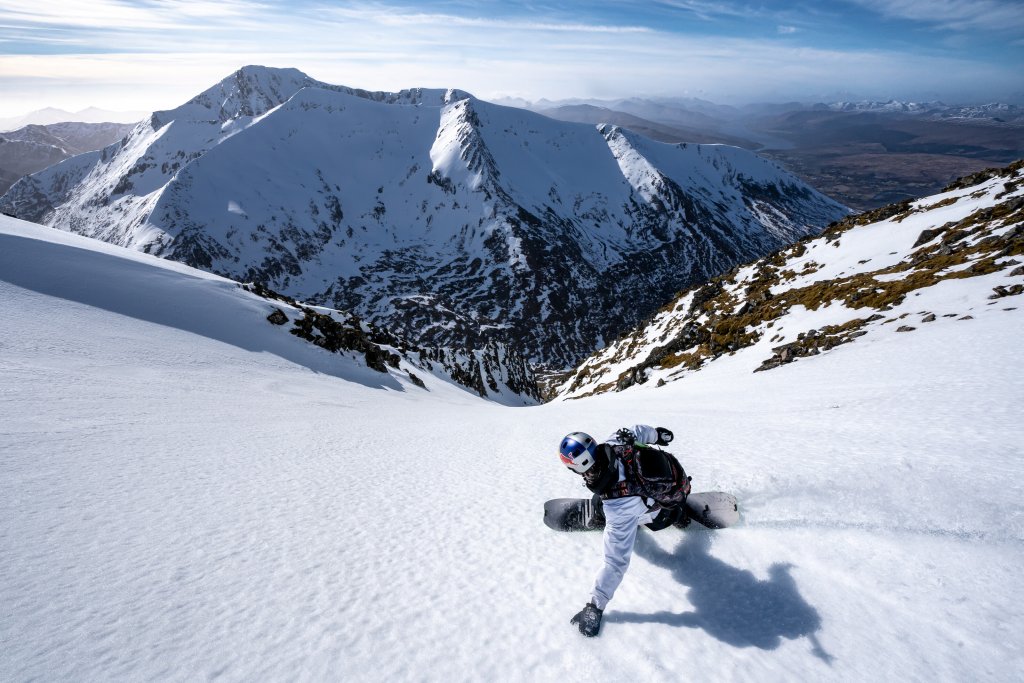 In April 2015, Morgan landed the world’s first “quad cork” then went on to win his first Winter X Games medal with Big Air bronze in 2016 and repeated that feat at the 2018 Winter Games in Pyeongchang.

For this latest project, the 32-year-old headed to Scotland with friend Scott Penman where he tried splitboarding, which is essentially a snowboard that has been cut in half lengthways that can be used as skis or clipped back together again to make a full snowboard. 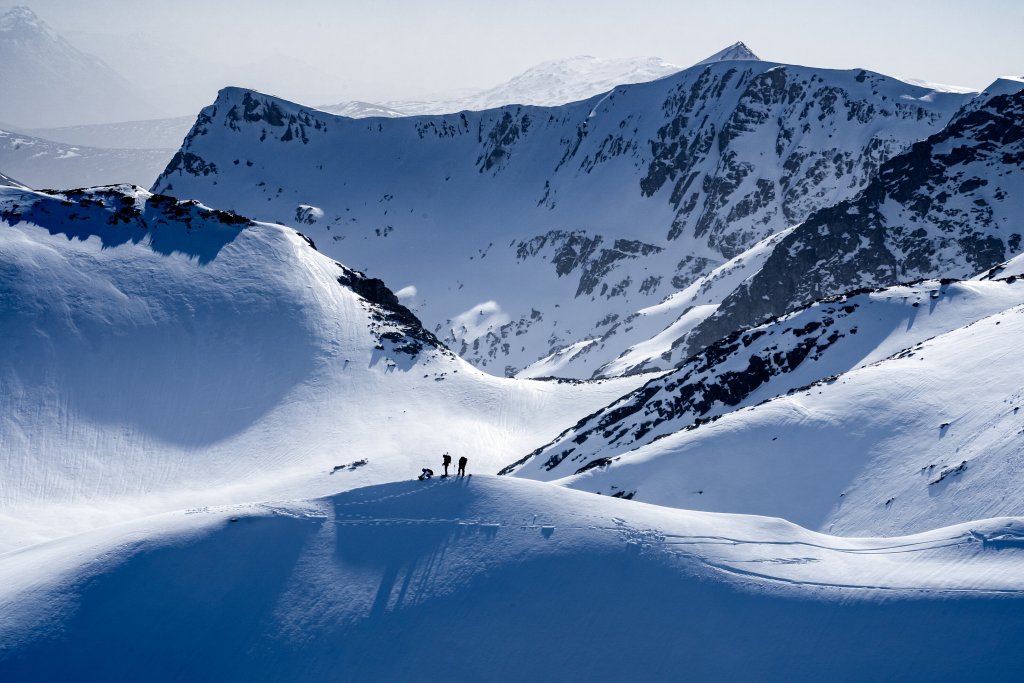 Here is what Morgan had to say about his thrilling trip north of the border:

What was the inspiration behind the project?

Obviously we couldn’t go to Europe because the borders were shut and there’s no mountains in the south so we just jumped at the opportunity to go to Scotland. I’ve been there a few times before and every time I’ve left, I’m like ‘I really need to go up there and make more of it’. I hadn’t done splitboarding before. It was really good to go out there with a guide and people who knew what they were doing. I’d say it was an introduction but it was more like getting thrown in at the deep end.

How did the splitboard itself compare to a normal snowboard?

I assumed it would be exactly the same but there’s a bit less torsional rigidity in the snowboard, which took me a while to get used to it – you basically can’t hammer the edges as much as you would on a normal snowboard. I fell over a few times and I was like ‘why am I falling over? I can’t even snowboard anymore!’, but luckily I was able to blame the torsional rigidity – it totally wasn’t because I hadn’t snowboarded for nine months.

How did it feel to be back on a mountain again?

I didn’t realise how much I’d missed it until I got up there. I knew I wanted to go snowboarding and it would be different to me just riding in the park, but as soon as I got up the mountain I realised I’d missed all the things you appreciate – the smells, the views, being quite alone and exposed up there. 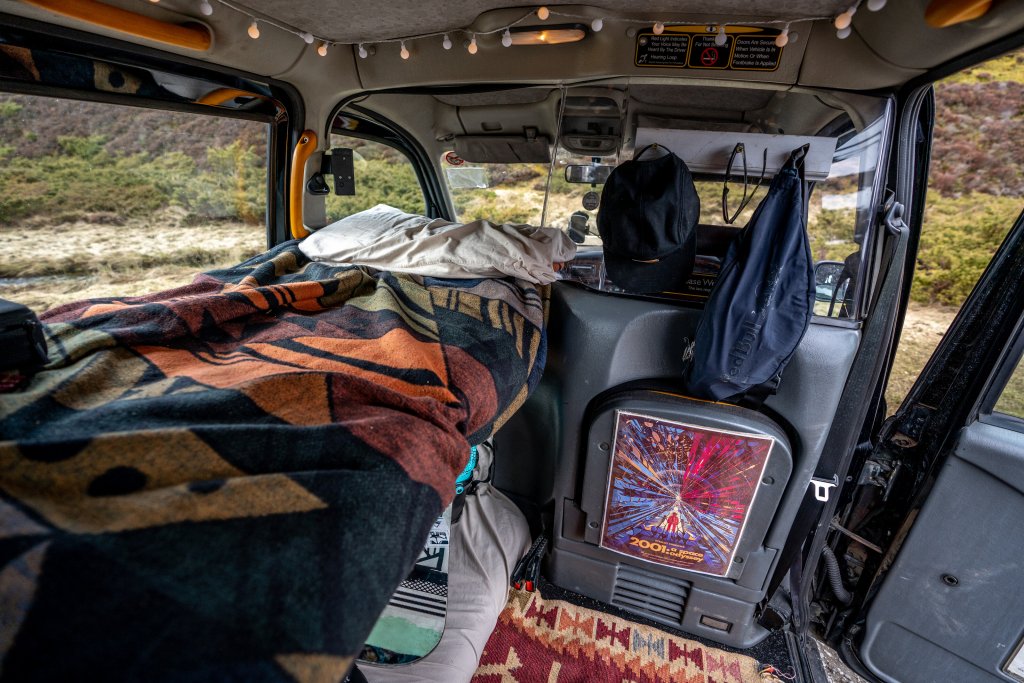 You had quite a unique camper van for the trip. What was the idea behind the taxi?

We’ve known Jim at Shred and Butta (Surrey) for a long time. They do up buses and there’s always vehicles in the yard. Me and Scott thought he could definitely hook us up with something, and he was like ‘yeah, I’ve got this taxi’. We thought it was the worst idea ever but those Hackney cabs are actually quite big, so we ripped out the back and put some bunk beds in. It wasn’t like a proper camper van but it worked and it did the job. It made it more like adventure snowboarding, which I’m all about. We had quite a skeleton rig with us. We just made do. It wasn’t ideal but it worked. It was good fun kind of hustling. When I joined the British team back in the day, there was a lot of chucking everybody in the van, it being way too cramped in there and driving across Europe for some contest. Things have got shinier as time has gone on and there’s rental cars now. I missed that hustle and it felt like that again. It’s really cool.

Did it get cold at night?

We got some decent four-season sleeping bags from a camping shop so I was never really cold. It was when you had to get out and get changed in the morning – as soon as you opened the doors and got out of your sleeping bag, it was like, ‘Oh God, it’s pretty cold’. 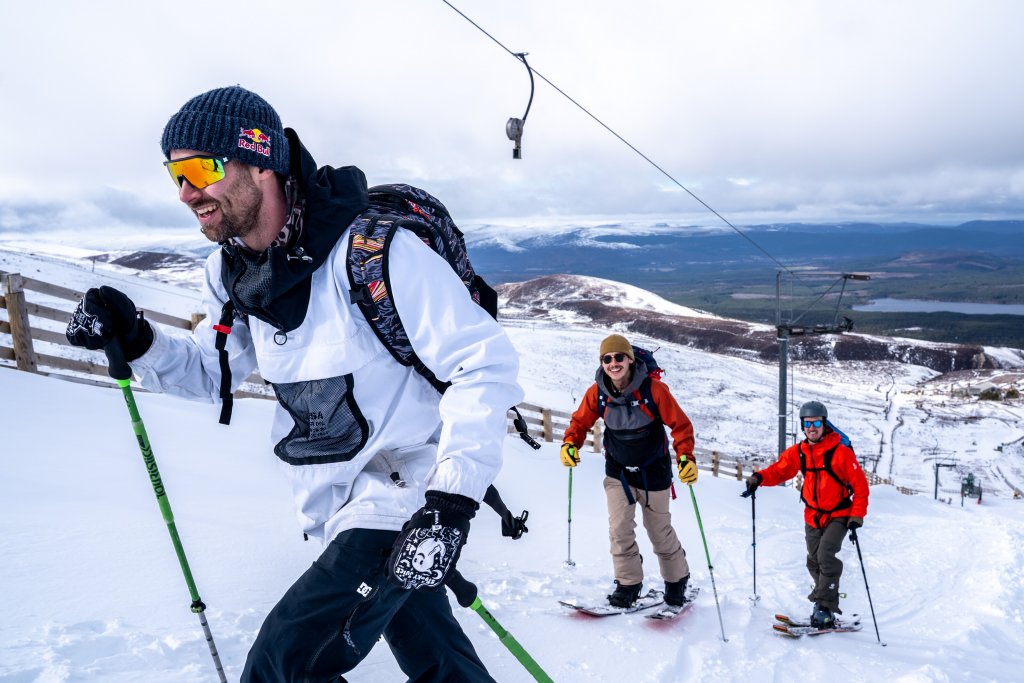 Billy Morgan is seen during Splitboarding in the Scottish Highlands

How was the snow in Scotland?

The snow was basically four to six inches deep slush, but as long as it is untouched, it still rides quite well.

What were the biggest challenges during the trip?

Just the general hiking. Hearing that you’re going to hike for three hours for one descent – essentially 45 seconds to a minute of snowboarding – just sounded like it was going to be rubbish, so that first grind up the hill was a challenge to kind of motivate myself. But it also just makes it all the better. You can’t just get on the lift and go back up and do it again. It’s like there’s a pressure to really enjoy it.

What were your personal highlights?

Being able to see a different angle of snowboarding that I’d never seen before. I knew I needed to go splitboarding and tick that box, but I’ve opened a door now – I’ve seen the light. It was just lovely to be on the mountain and experience it from that nature snowboarding angle.

Did you have a particular favourite spot that you went to in Scotland?

When we went over the back of the Nevis range. I’ve been up to Scotland a couple of times before and I thought I’d seen the terrain that it had to offer but when we got up onto the top of Ben Nevis and went over the back, I was like, ‘Holy shit, this looks like, like the Alps – this is legit terrain’. I didn’t know things like that were up there. 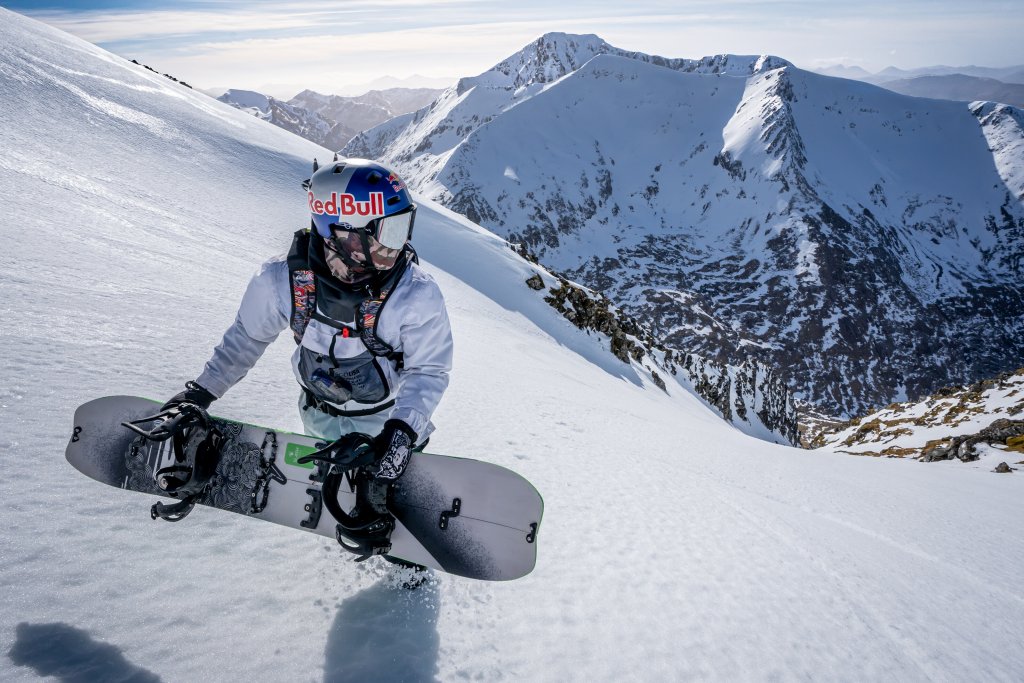 Are you going to try and go up to Scotland again?

It’s definitely one of those things that you have to do on a whim – you couldn’t book a long weekend in Scotland and expect to go up and have the weather we did; we were really lucky. If I’m like in the UK and Scotland gets a dump, and it looks like it’s going to get good weather, I think I’m going to jump in the car and fire up. Everybody’s so friendly and very welcoming. We should make more of the opportunity and it’s in our country.

Does it compare to anywhere that you’ve ridden before?

The whole kind of vibe was a bit like New Zealand was maybe like 10 years ago. It’s a little bit in the past but that makes it so cool. When you go to all these resorts, they’re always aiming for the same Aspen vibe, but sometimes it’s good to have a little bit of character and a bit of grit.

Is this the start of more sort of ‘Taxi for Billy’ projects?

I hope so. The plans are to do some more projects in places people don’t really snowboard that much or aren’t really aware that you can go snowboarding there. I want to ride motorbikes to Turkey because they’ve got lines there – get some splitboards, see if I can ride to Istanbul with Scott on some sort of touring bike. It’s quite a long way, so we’d maybe have a little bit of adventure on the way, see if we can get up some Glaciers in the Alps and then kind of keep heading down do some splitboarding all the way down to Turkey. 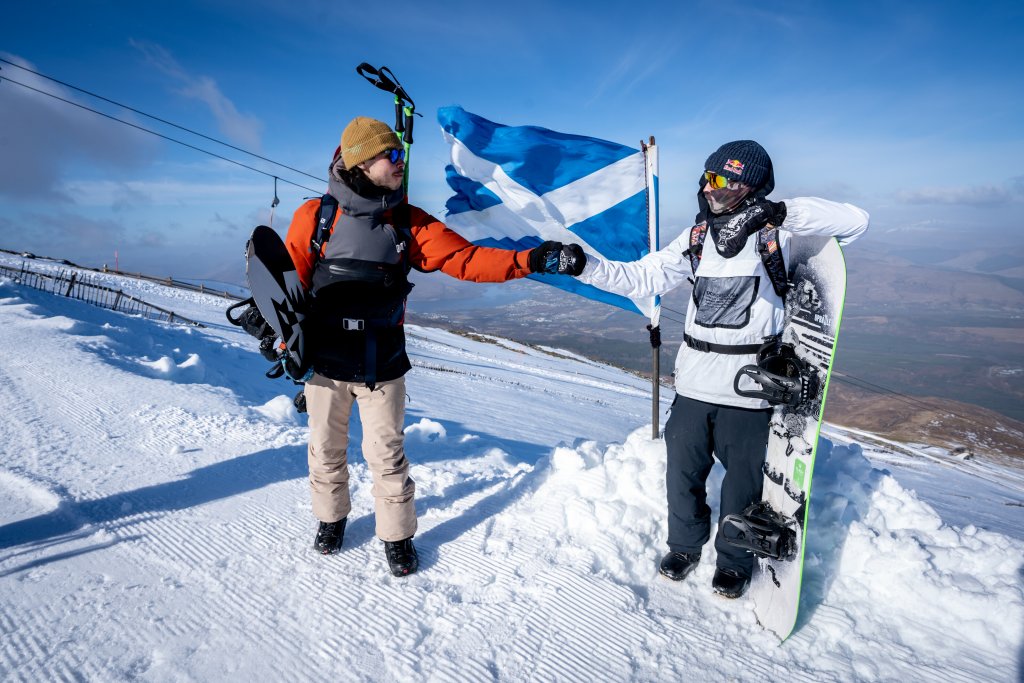 Billy Morgan is seen during Splitboarding in the Scottish Highlands