A study carried out on behalf of holiday company Club Med has found that pictures of skiing or snowboarding are more likely to get a “right swipe” on Tinder than for any other activity picture.

The use of dating apps has skyrocketed due to the covid crisis with Tinder users making 3 billion swipes worldwide from the start of the pandemic, the most the app has ever recorded in a single day. Club Med’s study involved seeing which images 1000 people did or didn’t swipe right on for each photo, for straight men and women, and also homosexual men and women, to get the maximum possible 4,000 swipes. 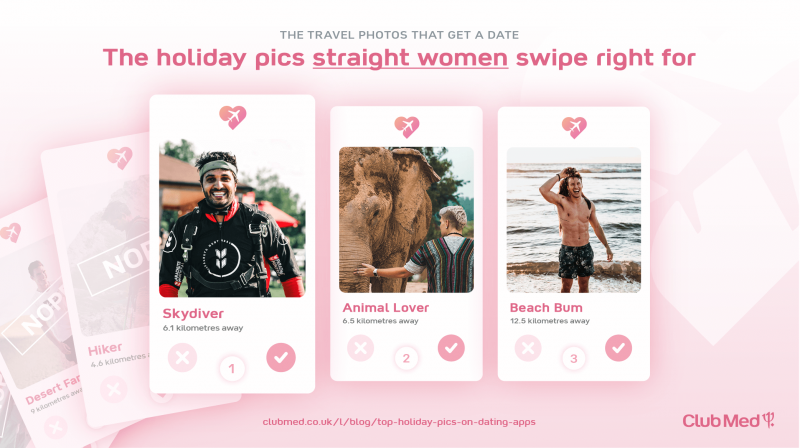 However although Club Med found skiing pictures top overall, preferences did vary according to gender and sexual orientation. Although heterosexual men swiped right the most on images of women skiing, for heterosexual women skiing males were only their fifth most popular ‘type’ behind, skydivers, foodies, animal lovers and beach bums and they swiped right on only a little over a quarter of skiing images. If it’s any consolation skiers did still hold a narrow lead over divers and surfers.

Gay men swiped right most on beach images, followed by ‘sightseeing’ with skiing in fourth place two swipes behind hikers.  For lesbian women the numbers for all activities except skydiving were very close together – between 426 and 602 swipes right per activity, with animal lover top but skiing images in second place.

“Having fun photos that show off your lifestyle and personality are vital if you want to stand out from the competition when using dating apps. We are visual creatures and want to know what sort of body type the person has. That’s why beach photos are always popular. Women are usually more open minded and look for personality and shared interests first,” said James Preece, ‘The Dating Guru’ who is also a “celebrity dating coach and relationship expert.” 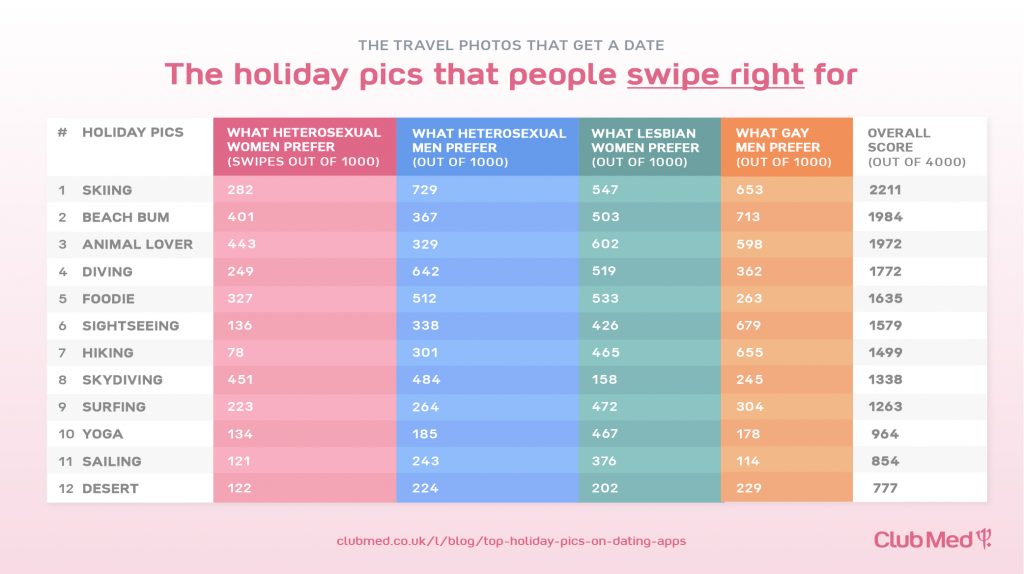