Snowfall totals for the past 72 hours have now passed the metre/40 inches mark in the Alps.

Hopes that the start of the 2017-18 ski season would be ‘good’ after three poor snowfall starts over the last three seasons have now been adjusted so that the start of winter 17-18 looks like the best for many years.

The latest snow comes after a mostly snowy November and October, so bases had already been in good shape before the current massive snowfalls.

The snow is still falling heavily so the totals continue to change but at time of writing two areas were claiming 1.3m (4.3 feet) of fresh snow in the past 72 hours – Madesimo in Italy and Orcieres Merlette (below) in France.  Pictured top, Les Gets.

Below these totals most leading ski areas have had 40-70cm of snow so far. 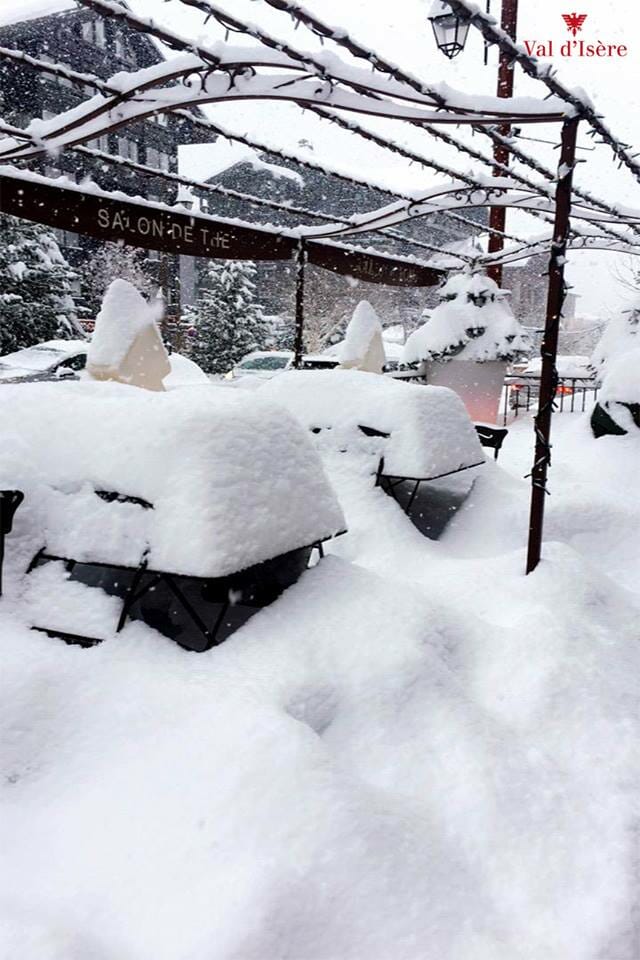 Heavy Snow in Dolomites and Pyrenees Too

Elsewhere in Europe Cortina d’Ampezzo tops the snowfall totals in the Dolomites with 70cm in 72  hours – by far the best start to the season there for several years.

In the Pyrenees Font Romeu and Pyrenees 2000 report a metre of snow in the past 72 hours.