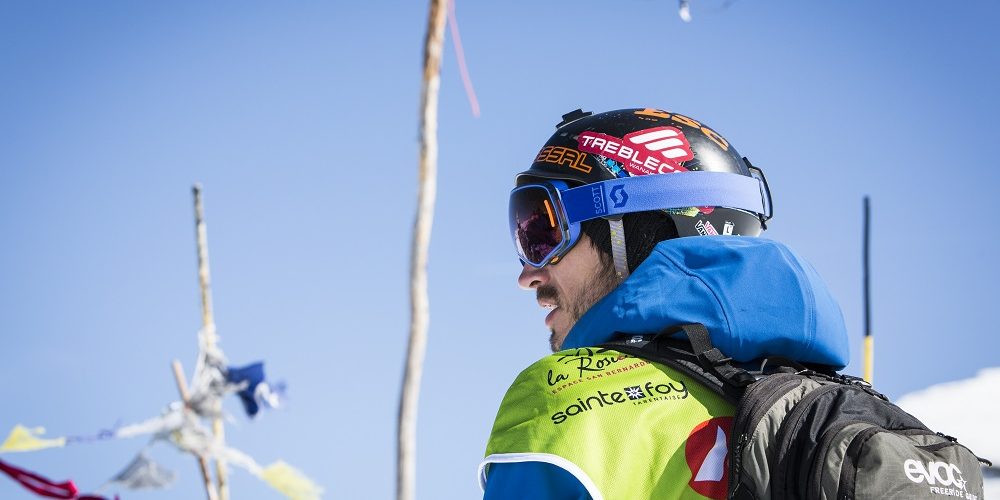 [FREERIDE] What is competitive freeriding?

Freeriding is a form of skiing and snowboarding that embodies all styles, but in essence it is riding the natural terrain of a mountain free from rules and man made features. Its generally associated with off piste and big mountain due to the natural terrain, cliffs and features being used. It’s basically sliding down a mountain in anyway you want to, its open to interpretation.

Initially it was a bit of a rebel form and gained a bit of notoriety due to big names in snowboarding such as Craig Kelly, known as the Godfather of freeriding, giving up all their sponsorship deals and competitive freestyle to head out into the backcountry and get back to the roots of skiing and snowboarding.

Freeriding has always been the dirty, older brother to freestyle. Something only the old and crusty were into, but it’s beginning to gain popularity as more people are looking to explore the mountains. Legends of the sport like Shane Mckonkey and more recently Jeremy Jones and Xavier De La Rue have really pushed what is possible and brought it to the big screen, and with the likes of Travis Rice and Candide Thovex bringing their freestyle roots into freeriding it will continue to grow. 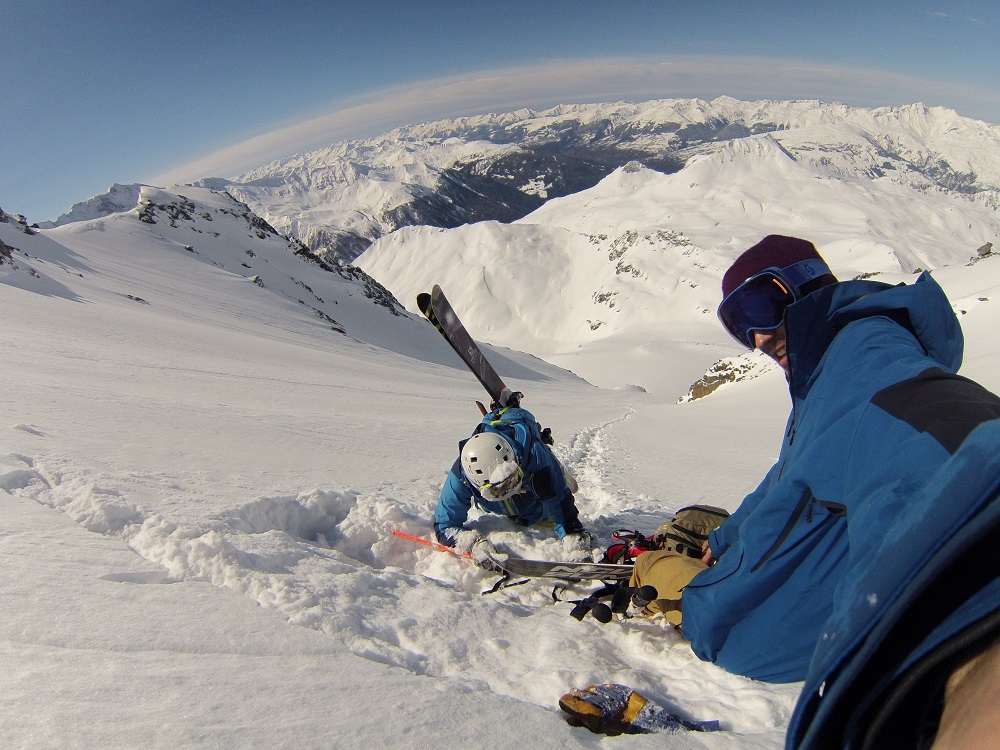 The level of big mountain freeriding is mind blowing, people are really pushing limits, which is needed to progress the sport. Terrain is getting steeper, couloirs narrower, cliff drops bigger and spines more ‘spiney. But this is what freeriding is about, pushing exploration away from the confines of resorts and seeing what the mountains can really offer. Whether it’s split-boarding through BC or heli-skiing in Alaska the sport will continue to grab peoples interest and inspire.

Over the years freeriding has developed and progressed and a competitive format has evolved now known as the ‘Freeride World Tour’. Some believe it is a bit of a contradiction to introduce competition into freeriding but it is a great format that pushes athletes and satisfies their competitive edge while keeping true to the origins of freeride.

There are two levels to the FWT. The main professional tour is a 5 event series where the very best skiers and snowboarders compete on some of the steepest and heaviest mountains in the world. They build up points over the series which will determine the overall winner of the tour, it’s an amazing spectacle to watch with the level of skiing and riding being at the highest level with big consequences and excitement guaranteed.

To get onto the FWT you first need to qualify through the Freeride World Qualifier Tour Series which is made up of events all over the world with thousands of competitors of all ages. Its the same platform as the main tour in that athletes build up points over a season with the aim to finish at the top and earn a place on the FWT.

There are a few different levels of events on the qualifier tour. The difficulty of each event is shown by a star ranking, 1 star being the lowest and 4 stars the highest. The more stars the more points that are on offer due to the level and risk being higher. 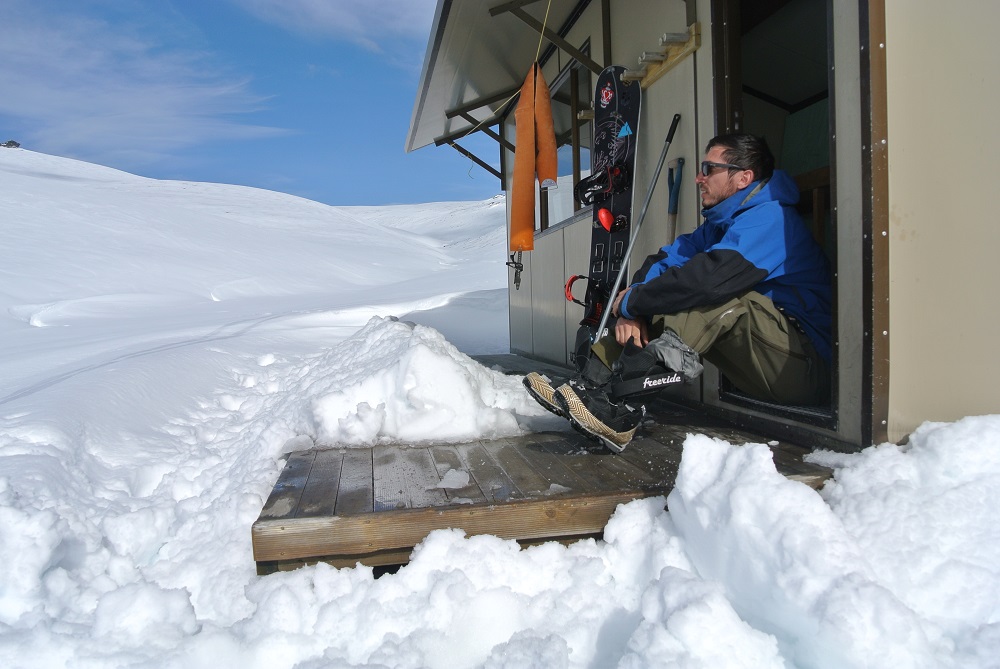 Anyone can compete in 1 and 2 star events and are used to gain points to get into the 3 and 4 star events. The way the tour is judged is unique as it doesn’t favour any style, but it is set out so every discipline is judged evenly. Someone who is more freestyle focused might score highly in one criteria but another who is more of a charger could score highly in another one of the judging criteria. There are 5 factors that judges score you on.

This is all about the route chosen down the mountain. How difficult is it? Whats the danger factor? How have they linked up features? How creative is their route?

Control is key in freeriding, if you are out of control then bad things can happen. Judges want to see a rider knowing exactly where they are going and not by the seat of their pants. This is probably one of the main criteria, falling in the middle of your run is pretty much a nail in the coffin.

This rewards the riders who don’t hesitate before dropping a cliff and show no confusion or stopping. Traversing can also sometime be a no no if it disrupts your line. Its all about the ‘flow’ of your line.

Probably the most exciting part of the competition. Nothing is man made and so its always amazing to see someone hitting a 20 foot cliff. Judges look for size of cliff, style while in the air, was it a clean landing and take off.

This is looked at more closely in the qualifier and junior events. Its not a main criteria as everyone has their own style. Someone can lose points if they are side slipping down a section while other riders are carving.

Judges will then give you and overall score for your run between 0 and 100.

What makes these events even tougher is that you get one run, with no practice. So on the day its down to whoever can keep it together and put a clean,smart, run down.

Picking a line is tough, usually a photo of the venue is sent out a few days before the comp followed by an inspection day. This involves scoping the competition face from the bottom using binoculars and this is where freeride is slightly different from other events. The athlete has to use experience and knowledge to pick a line that will score well, its hard seeing how steep a run is or how big a cliff is from the bottom. Most will use obvious features to help them stay on track an not get lost as everything looks a lot different when you are stood on top of the venue before dropping in and its easy to miss your features.

There is also the Junior Freeride World Tour, which is getting younger skiers and snowboarders into freeriding and giving them a chance to compete. Its insane to see the level that some of these kids are already at. A kiwi named Craig Murray has just become the youngest ever competitor on the main FWT at just 19. He came up through the junior and qualifier tour and has already cemented his name into the freeride scene.

I have found that people who are into freeride and backcountry tend to view the mountain with a more analytical approach then most and really give a lot of thought to the terrain they are riding, its the part I find the most interesting as everyone has their own view on creativity. Whether its competitive or not, its just comes down to how a person see’s the mountain in front of them and what inspires them.

You can also follow Leon Butler on social media:

> [FREERIDE] My Travel Kit
> [HOW TO] Pre-Season Ski Tune Up

[FREERIDE] The importance of staying fit