In December 2016, Caprices announced its partnership with new up-and-coming Crans-Montana venue, Cry d’Er-Club d’Altitude. A restaurant, meeting and clubbing venue combined, and perched at an altitude of 2,220m, it’ll be its first time hosting a Caprices event.

Located right on top of the ski runs, the venue fuses tradition with modernity and offers a breath-taking panoramic view. The inauguration evening for the third stage of the festival (Saturday, 8th April, starting at 7pm) will see a succession of world class artists including Ricardo Villalobos performing solo (as well as later playing back-to-back with Seth Troxler on the MDRNTY stage in the afternoon), Sonja Moonear, Franky Greiner, and Dorian Paic. As well as this, Ben Klock, Marcel Dettmann and the Talaboman duo will be filling the Moon with their powerful techno sounds.

“I wanted to create a completely different atmosphere for our premiere at the Cry d’ER,” explains Maxime Léonard, the festival director. “Ricardo Villalobos will be there and, despite being a regular at Caprices, each of his sets is always a surprise. His musical tone is exactly what I was looking for for this event. Melodious and cosmic.” 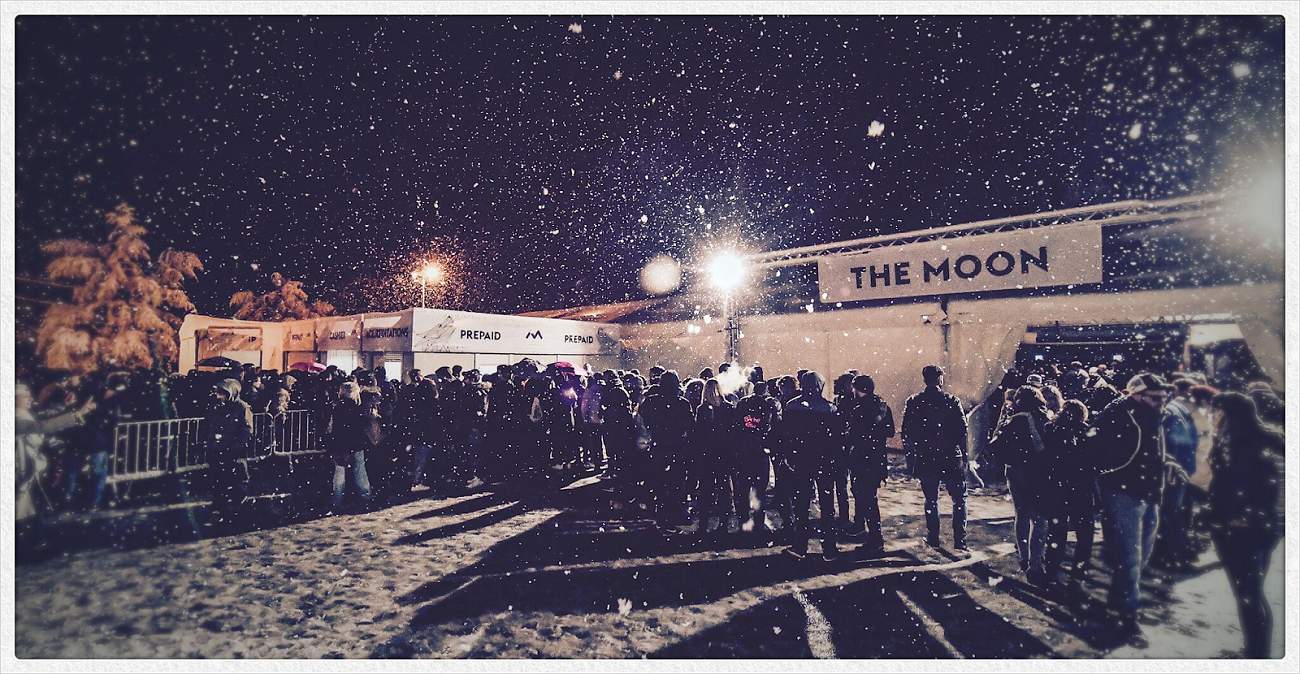 Four new names will be performing on Friday, 7th April at the Moon.

Behind the decks at the Moon, Paris collective Apollonia will be joined by Kerri Chandler, Cassy, Manolo and Swiss duo Adriatique. “The members of Apollonia already made Paris’ best clubs vibrate with their solo performances in the 90s, and now these bosses of deep house will be firing up the Moon, accompanied by another king of the genre, American house hero Kerri Chandler, who only comes to Switzerland twice a year.

“With the Caprices festival, we have always sought to innovate and to give both the public and artists more and more each year, and in 2017 we shall do that once more,” concludes Maxime Léonard. 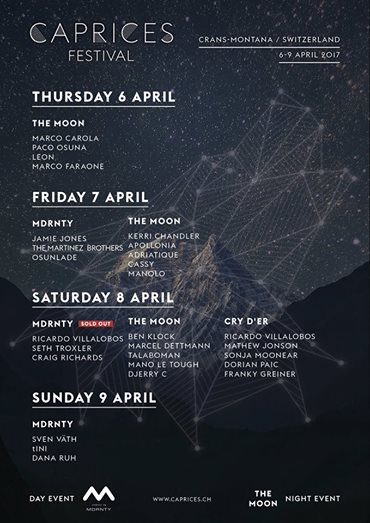