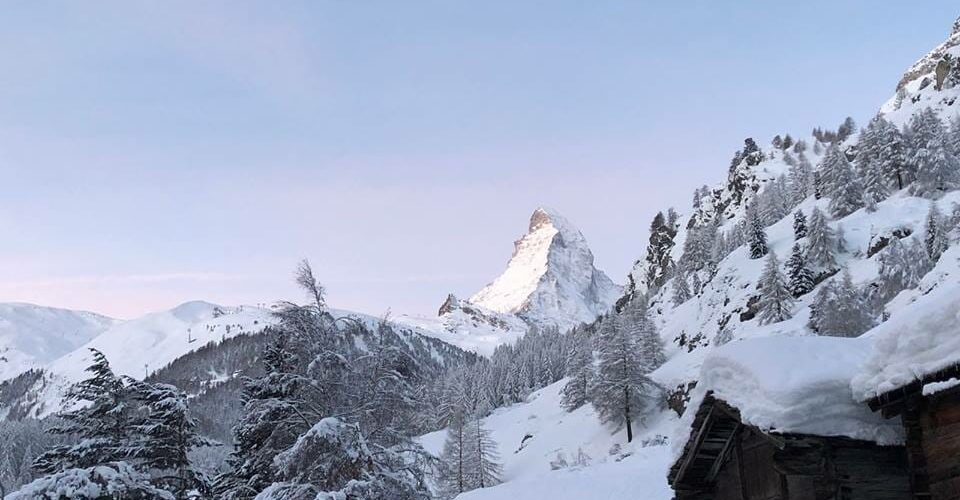 It has been another largely sunny week in Zermatt.

There was a dusting of snow at the end of last week with about an inch of new snow falling, but mostly the snow is now hard packed on the runs.

Skiing at the foot of the Matterhorn

Temperatures are staying below zero as we enter March and the snowbase remains very deep at 145 to 340cm.

314km of the region’s 360km of runs are currently open and 40 of the areas 52 lifts are operational.