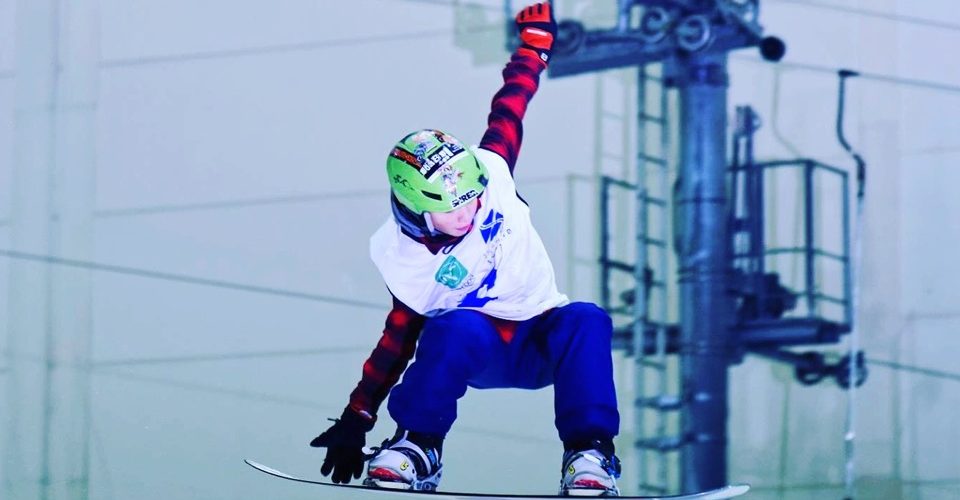 An 11 year-old from Cambuslang, just outside Glasgow is continuing to fast-track towards his ambition of competing at a future Winter Olympic Games in the fast and furious alpine discipline of boardercross (SBX), after recently winning the SSSA Scottish Schools Indoor Snowcross title (primary schools category) at Snow Factor Braehead, Glasgow.

Thomas Dunn, who also won the title last year (and who is also the reigning Scottish Schools Indoor Freestyle Champion – primary school category) is one of two young riders also selected for the Scottish national academy squad in boardercross (SBX).

A pupil at St Aloysius’ College in Glasgow, the talented young snowboarder and skier has been snowboarding since the age of five and competing since he was seven using Scotland’s only indoor real snow-sports facility to train.

Dunn, who describes his favourite trick as a ‘tame dog’ (front flip somersault) hopes his recent success will be a springboard to fulfill his dream of ultimately competing for Great Britain: “I’m really pleased to have retained my Scottish Schools Indoor Snowcross title.  I train three times a week with Snow Factor and also do gymnastics to help my fitness and technique. I’m going to keep working hard and hopefully I’ll get a chance to train abroad this season with the boardercross (SBX) Team GB squad. That would be cool. One day, it would be amazing to compete at a Winter Olympic Games for Team GB in boardercross.” 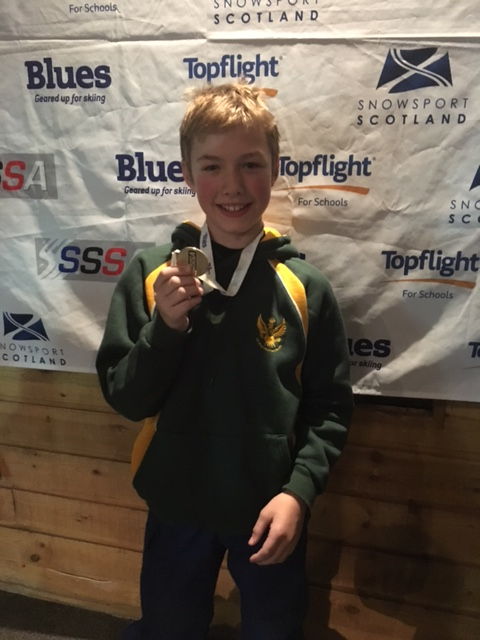 First introduced at the 2006 Winter Olympic Games in Turin (Italy), the elimination format of ski cross (aka SX) and boardercross (aka SBX) sees up to six competitors timed as they race head-to-head down a steep course comprised of jumps, huge berms (corners) and drop-offs. With no margin for error and any physical contact resulting in disqualification, falls are frequent and races won by 100ths of a second.

Alex Rooney, a 14 year-old pupil at Forfar Academy in Angus is the other young Scottish rider selected for the national academy boardercross squad.  Both part of Snow Factor Racing, they impressed judges when the first UK-based Mitsubishi Motors Ski & Snowboard Cross GBX National Trials were held earlier this year at Snow Factor.