It may be July but you can always hit the slopes somewhere!  Around a dozen ski areas are currently open north of the equator and one – the Kitzsteinhorn glacier near Kaprun in Salzburgerland, Austria, even reported a heavy snowfall in late June – the start of summer!

South of the equator the 2018 season is now in full swing with almost all ski areas open in Argentina, Chile, Australia, New Zealand and Southern Africa. 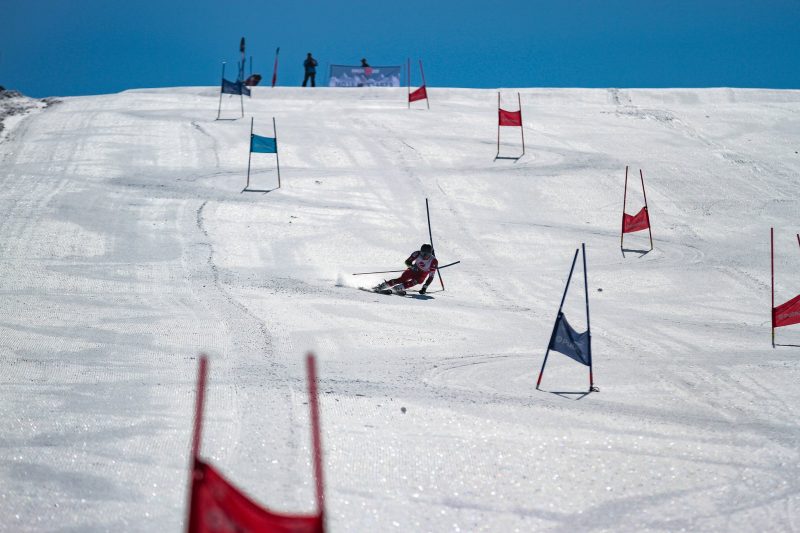 The summer glacier skiing season is fully upon us in the alps but which centres are open keeps changing as some open, others close – very few (just Hintertux and Molltal in Austria, Passo Stelvio in Italy and Zermatt in Switzerland) are open all summer long.

Conditions are generally pretty good and better than last summer due to all the snow that fell over last winter, and a few top ups since.

Besides the four mentioned above, Austria’s Kitzsteinhorn glacier has three more weeks of its winter 2017-18 to run, completing its 10 month long ski season on July 22nd.  There are three French glacier ski areas open since last month – Tignes, Les 2 Alpes (pictured above with the US ski team in training) and Val d’Isere, although the latter ends its summer skiing on July 13th. Italy also has recently re-opened Cervinia and Switzerland will see Saas Fee re-open on 15th July for its 9 month long 2018-19 ski season.

Two of Norway’s three glacier ski areas are still open after the Stryn glacier ended their short summer season sooner than expected in early June. Base depths at Galdhoppigen and Fonna ski areas (above) are at 1.5 to 4 metres and there was a dusting of fresh snow in the last few days of June. 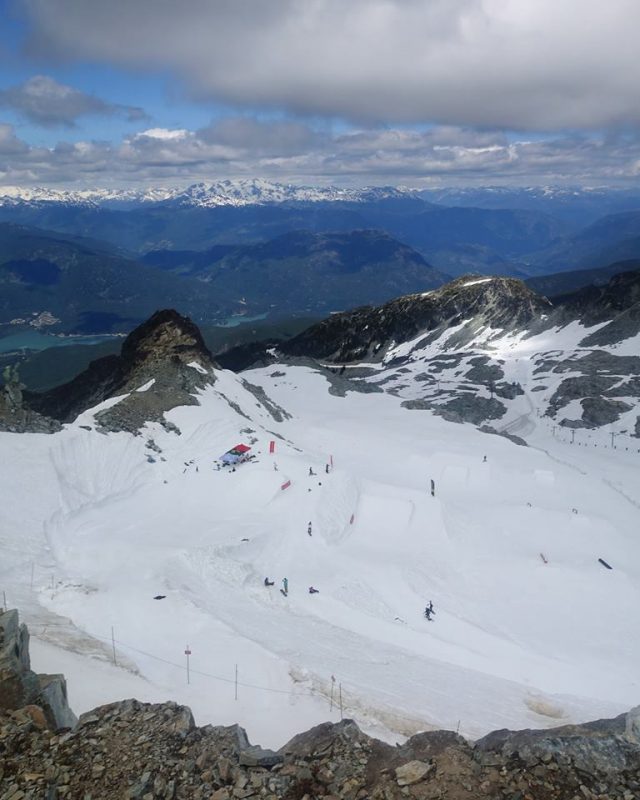 Three ski areas are open in Canada and the US but two of these will close in the first half of July.  Beartooth Basin in Montana will close on the 8th and Whistler Blackcomb a week later on the 15th.  That leaves only the Timberline snowfield on Mt Hood in Oregon likely to stay open for the rest of the month and in to August. 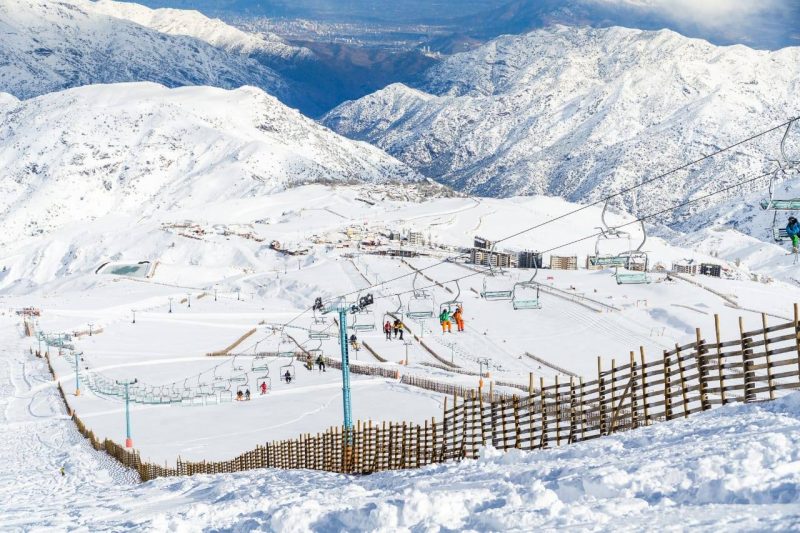 South America too has had a good start to the 2018 season with some big snowfalls in the Andes.  Most ski areas in Argentina and Chile just got their seasons underway in the past few weeks.

Portillo in Chile and Las Lenas in Argentina both report 1m snow depths already and most of the continent’s other ski areas aren’t far behind.  El Colorado is pictured above.

The extra good news is that more significant snow showers are expected over the next few days in the Andes. 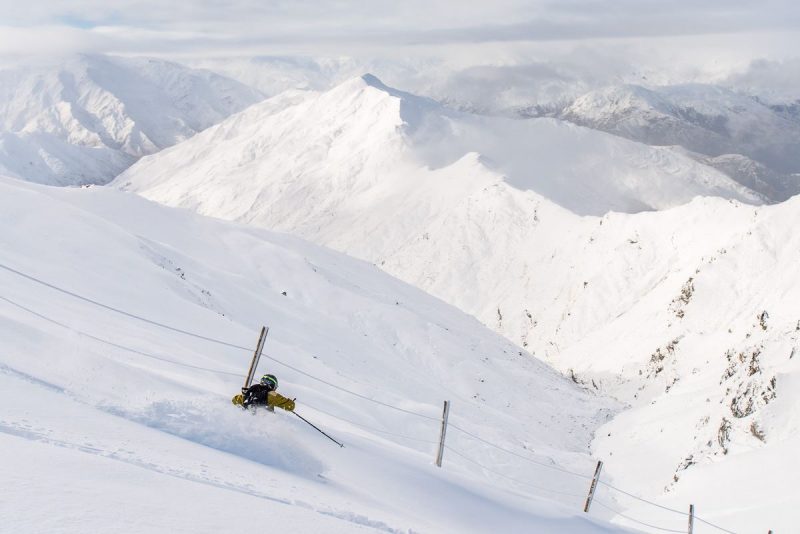 A great start to the season in New Zealand with some resorts opening early for the 2018 season last month and consistent snowfalls through much of June.  Turoa at Mt Ruapehu on the North Island, the country’s largest ski area, open on Friday 29th June and immediately posted the southern hemisphere’s deepest base at 1.4m.  But most ski areas in the country have very good base depths – typically around the metre mark – for this early in the season and lots have been posting powder days too.   Coronet Peak is pictured above on June 25th and top on the 28th. 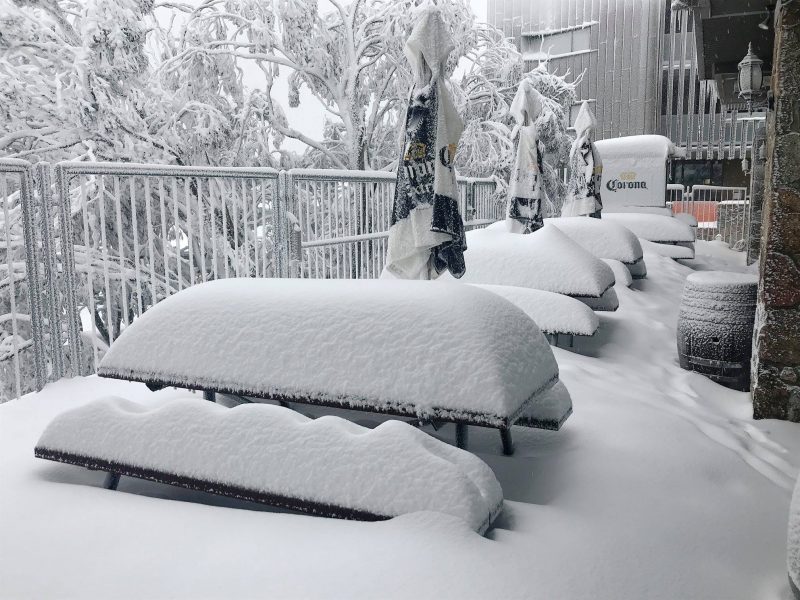 Australian resorts started their 2018 season on July 9-10th with very little snow on the ground, but that all changed within days as one of the biggest early season snow storms this century rolled in, quickly building bases up to 40 – 80cm.  Mt Buller is pictured above in the middle of last month.  Much less snow since but conditions remain good for this early in the season with an established base and ever more terrain open.

The ski season at Afriski in Leostho (above) and Tiffindell in South Africa got underway in early June after some good pre-season snowfalls in the region.  There hasn’t been much snow since but the centres have been full operational helped by snowmaking and currently forecasts predict around 15cm of fresh natural snowfall in the first few days of July.