It’s one of France’s best resorts with a good-sized, exciting ski area stretching over the border in to Italy and a resort base that has seen lots of modernisation to add the latest facilities and attractions but somehow La Rosiere still remains an undiscovered gem for most Brits, who are more likely to head to Les Arcs across the Tarentaise Valley or perhaps a neighbouring resort like La Plagne, St Foy or even Val d’Isere.

But that’s all very good news for those of us who have discovered the delights of La Rosiere – the key points of which are:

One British company that has succumbed whole-heartedly to  La Rosiere’s charms is the tour operator Mountain Heaven who have a selection of top quality catered chalets as well as self-catering apartments available in the resort, all either ski-in, ski-out or within a very short walk of lifts and pistes.

Mountain Heaven’s philosophy is to take the hassle out of organising a ski holiday, so they make it as simple as possible for people who book with them to sit back and relax knowing everything will be managed for them, including transfers, ski passes, equipment, lessons and anything else you can think of, assuming you want that help.  The company always has staff on the ground in the resort available if and when needed. 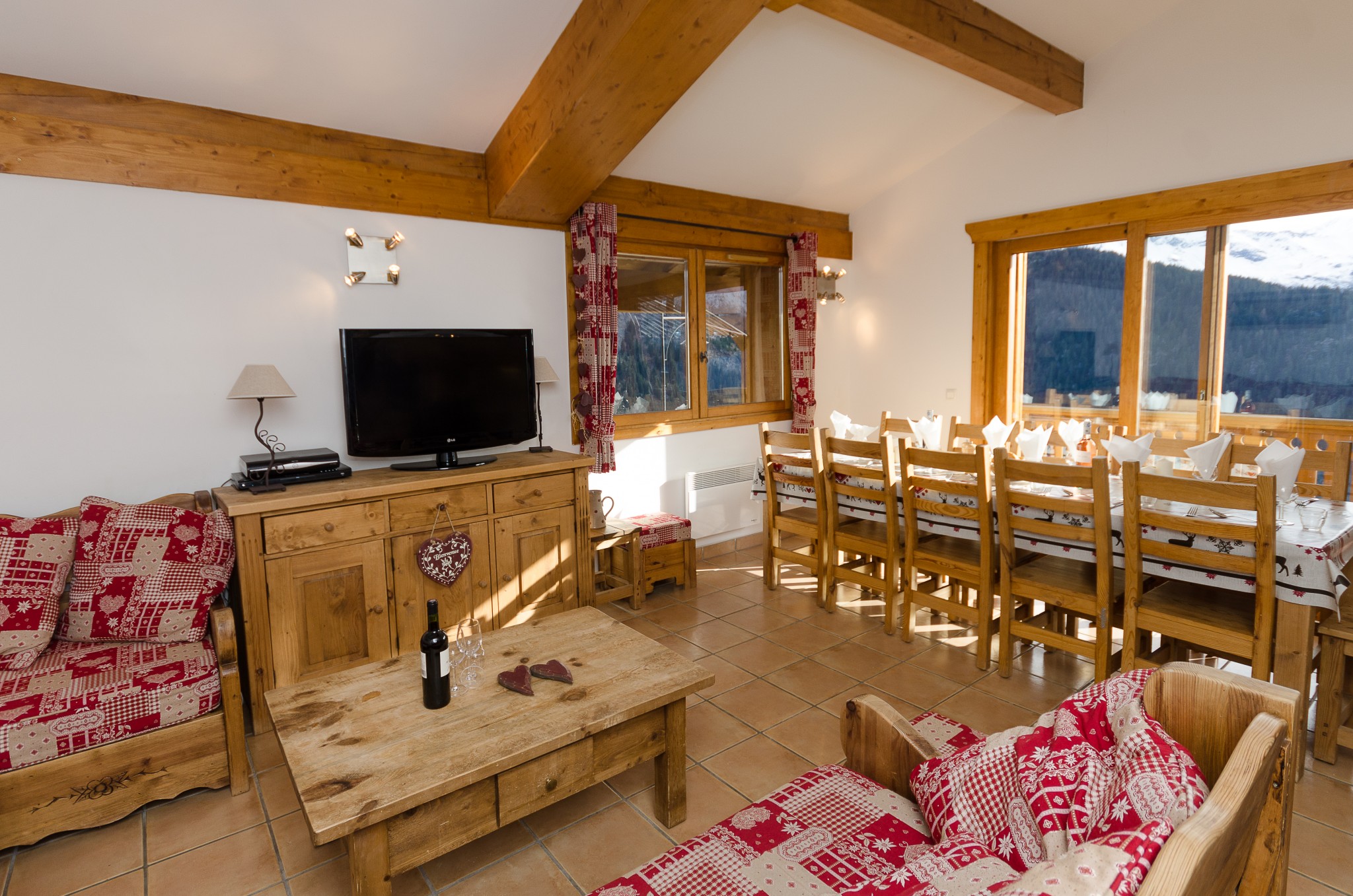 The company’s five catered chalets in La Rosiere range from Chalets Valerie and Aimee, with three and four bedrooms respectively, each sleeping up to eight to the largest, the Penthouse Chalet, which has 6 large full en-suite bedrooms sleeping up to 12 adults and 2 children.  It features a  huge open plan lounge and dining room centred around a real feature fireplace. There are large full length floor to ceiling picture windows allow the light to flood in and there is a balcony with a hot tub on it from which to enjoy stunning panoramic views of the valley and mountains beyond.

Mountain Heaven offer full chalet board with a hearty breakfast, afternoon tea, and full dinner with wine.  The food is home cooked using fresh ingredients and is well balanced hearty gastro style to satisfy the hungriest of skiers after a day on the mountain. 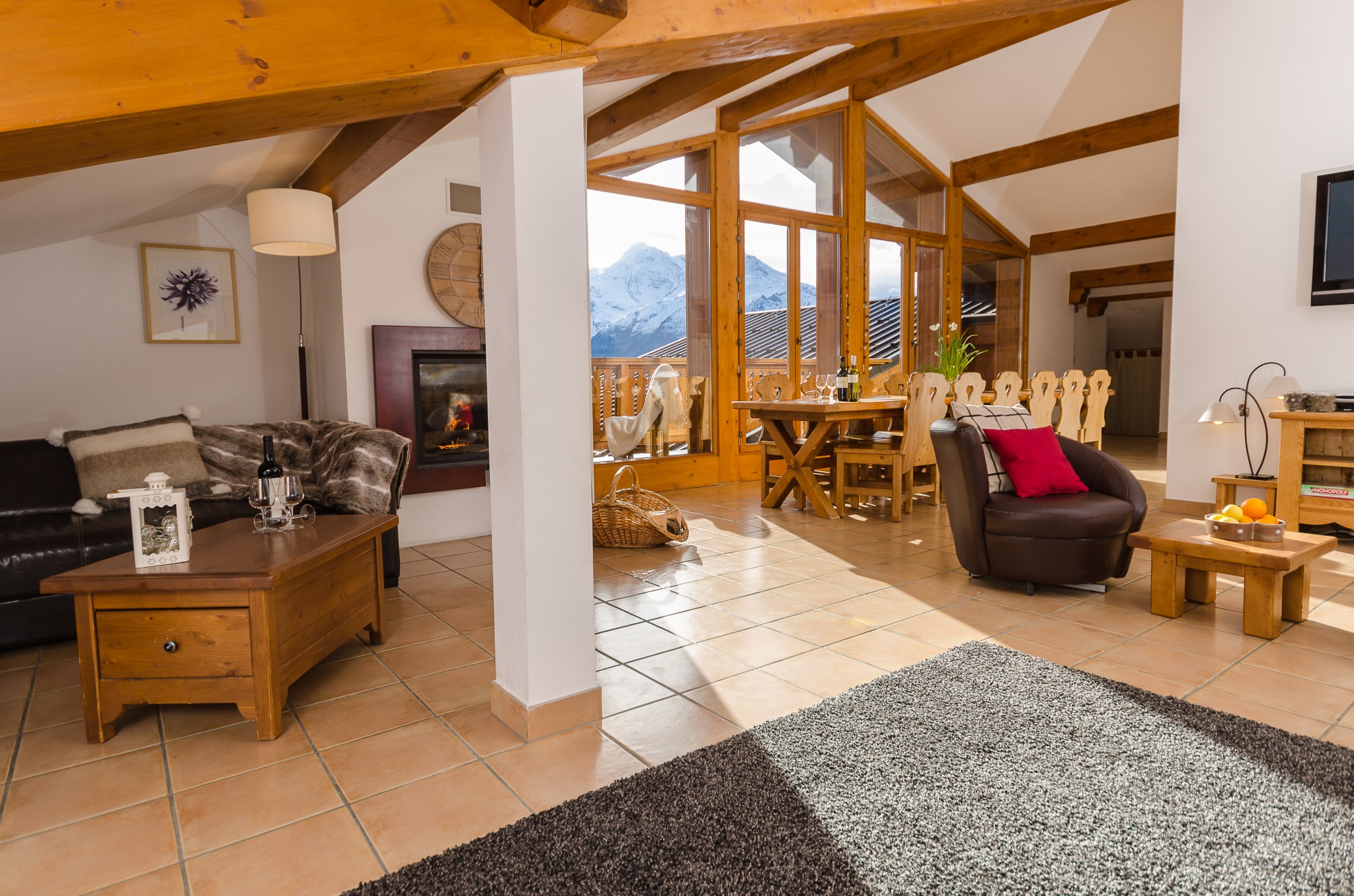 Mountain Heaven’s self-catering apartment choices in La Rosiere include the large Apartment Les Eucherts which can accommodate up to 10 people in its five bedrooms or smaller Chalet Bernard which can sleep 8 people in its three bedrooms, both are around 150 metres from the nearest lift – a fast six seater chairlift. 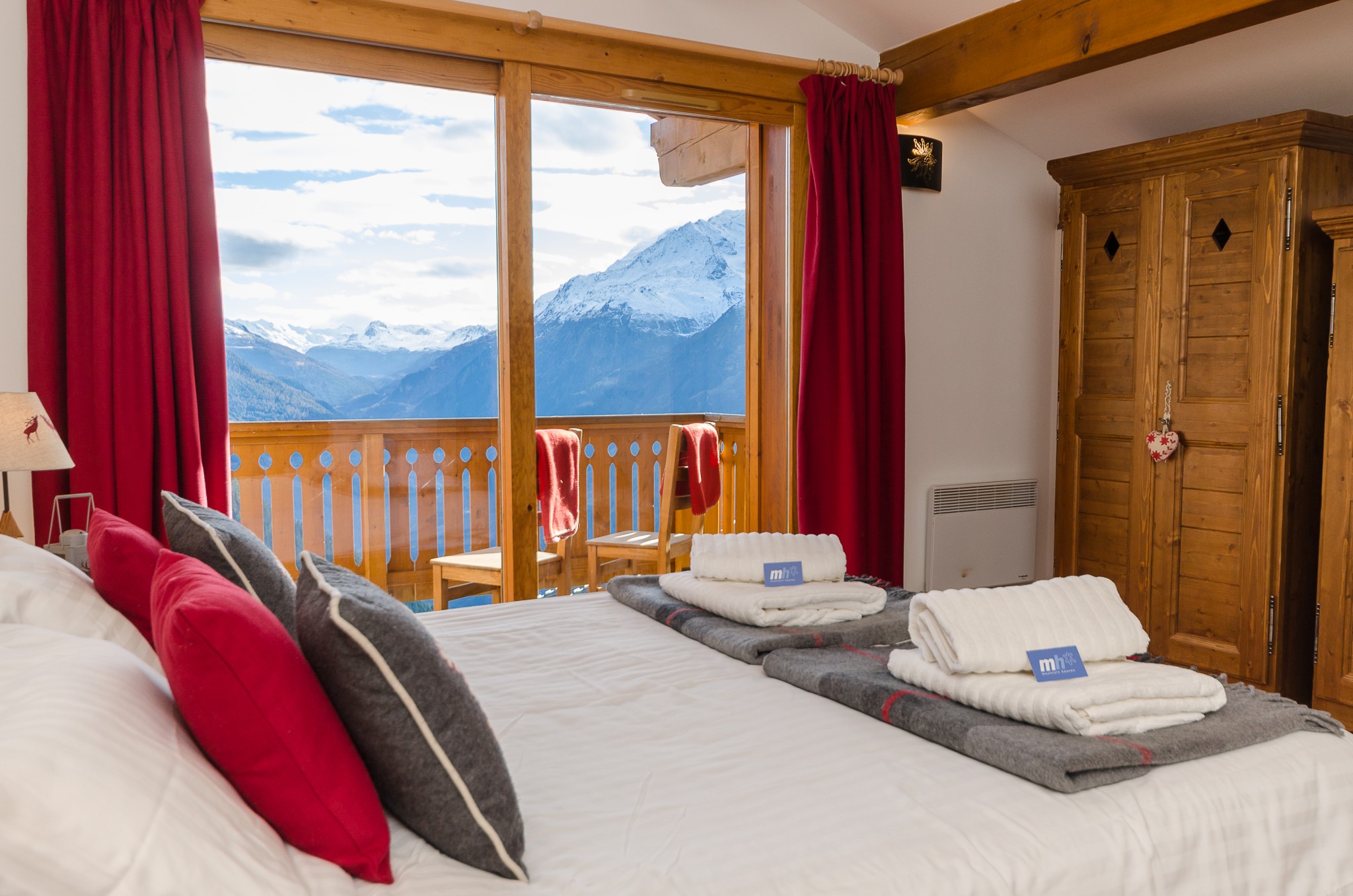 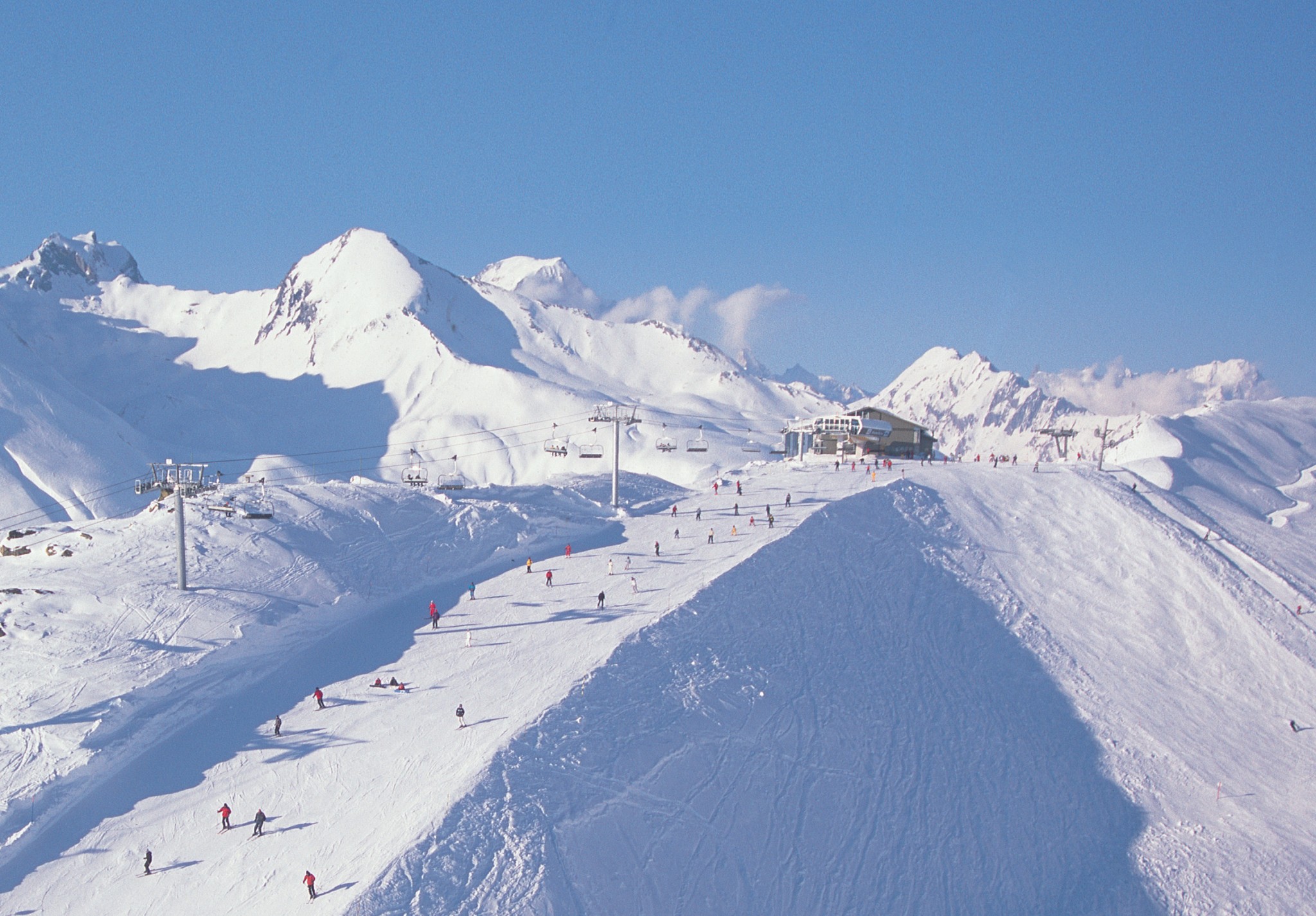 High, snowsure, sunny and extensive, La Rosiere shares its 100 miles (160km) of slopes with neighbouring La Thuile, just over the Italian border.  There are 80 runs in total – with plenty for all ability levels (including 15 graded black), and it’s easy for every quite early intermediates to ski across the wide plateau to Italy for a pizza or pasta lunch, then grab a lift back.

For the most part the terrain is made up of those wide fast French motorway style runs we all love, but on the Italian side there are more classic narrow winding pistes and experts will find on and off piste challenges on both sides of the border.  Freestylers have a couple of terrain parks to test out and may even be tempted to try kite-skiing, for which La Rosiere is a Mecca up on that plateau, whilst well-heeled advanced skier can even opt to invest in a little heliskiing once in Italy (it’s banned in France). 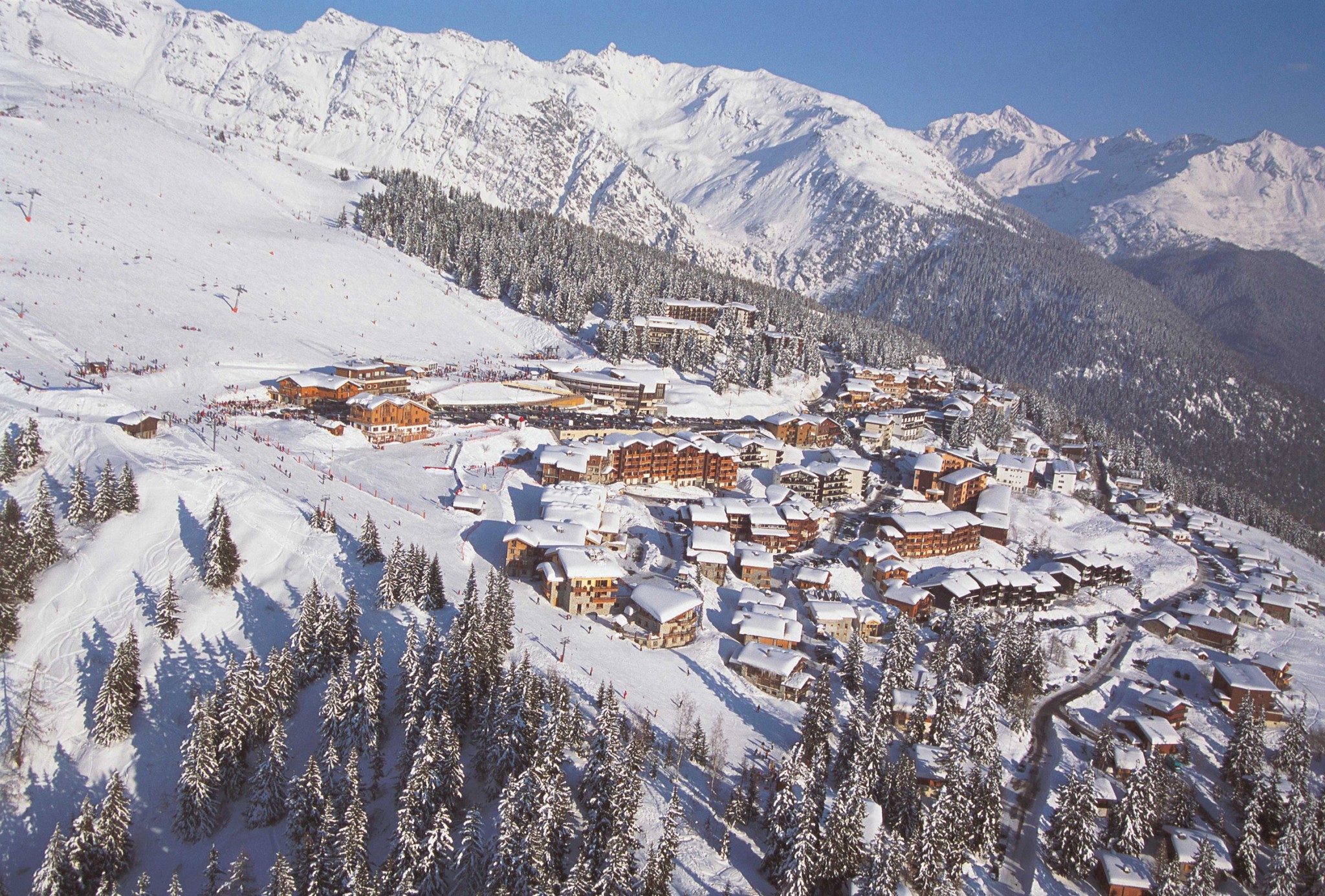 Most of the modern accommodation, including Mountain Heaven’s properties, is in La Rosiere’s Les Eucherts district which has its own bustling centre with shops, bars, restaurants, six-lane bowling alley, ice rink, ski nursery and school. These are all modern, state-of-the-art facilities built in the past decade. The resort also organises a weekly firework display and torch lit descent and sledging.

You don’t need to go there as Les Eucherts has all the services and facilities you’ll need but if youi wish to visit La Rosiere’s main centre is a short free bus ride away (the service runs until 11pm) or it’s a pleasant stroll there along a pretty forest track.