The SkiStar group which is Scandinavia’s largest ski resort operator, running the region’s most popular resort Åre, as well as other famous centres like Hemsedal and Trysil in Norway and Sälen and Vemdalen is Sweden, has started its 22-23 ski season already in September.

They’ve done it by creating a year-round ski slope at their ‘urban’ ski resort of Hammarbybacken in Swedish capital Stockholm.

The group has achieved this by investing in an all-weather dry slope from Italian specialists Neveplast, the company responsible for many of the world’s most interesting dry slope projects, including the famous slope wrapping around a giant green-energy power plant in Copenhagen (below). 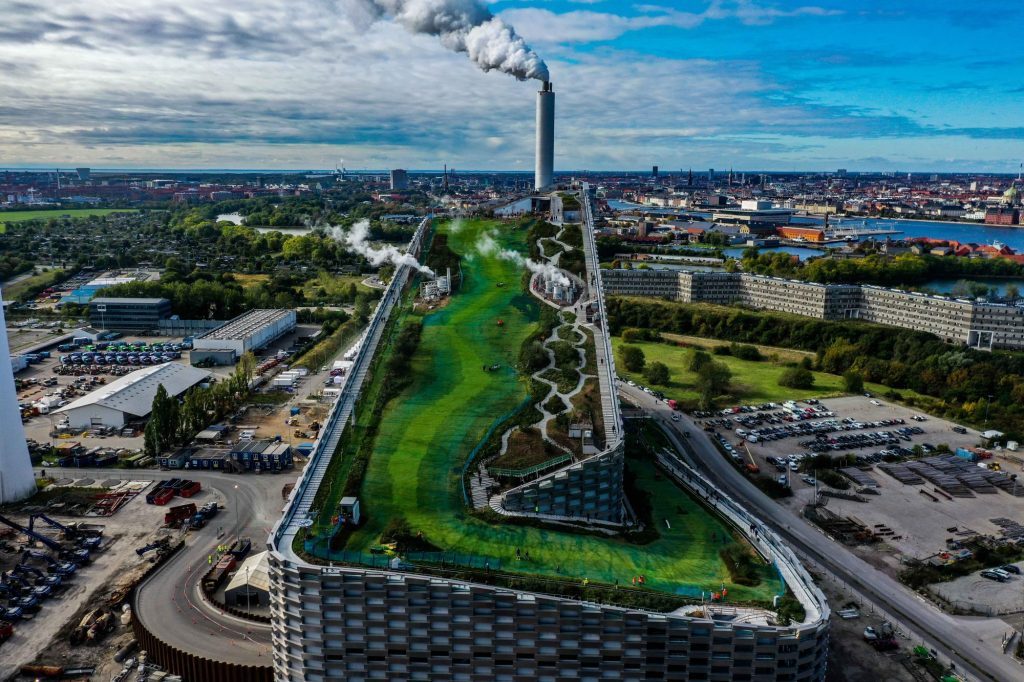 Skistar say the new slope, one of the world’s largest of its type, at Stockholm Hammarbybacken, is an important milestone in their move towards year-round activities.

The main slope is nearly 500 metres long with a surface area of 9,000 m2 and there’s also a summer version of the SkiStar Snow Park with a number of features like rails and boxes designed by SkiStar’s new ambassador, freeskier and Olympic medallist Jesper Tjäder. A separate beginner’s area can be reached easily by conveyor lift. 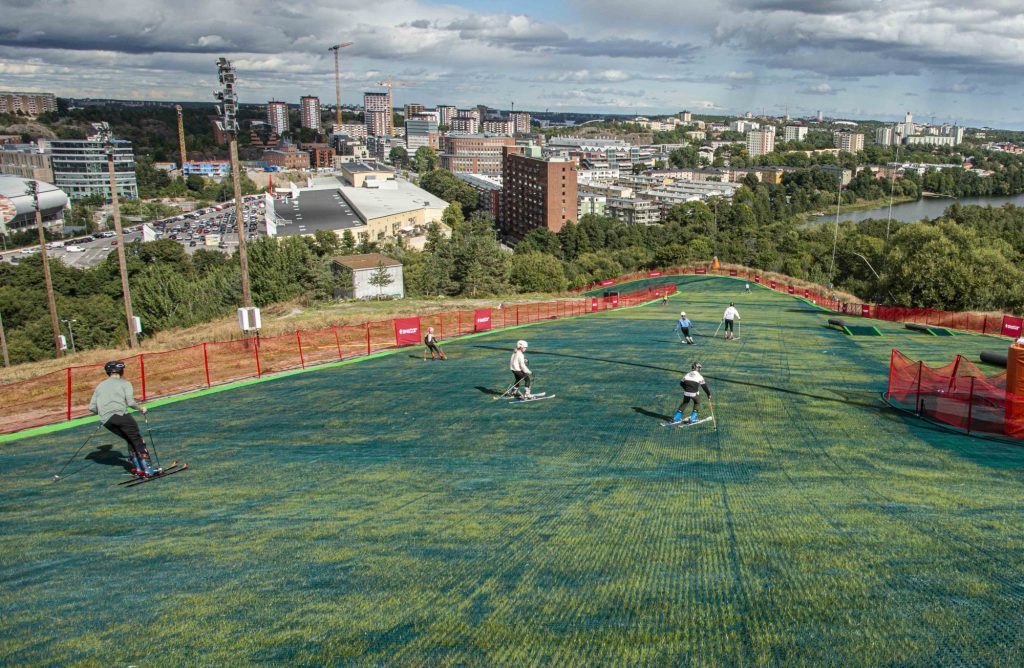 First to try out the slope at the launch was none other than World Cup skier Kristoffer Jakobsen, pictured below, who commented,

“I think it’s a great idea and will help skiing continue to grow. It’s also great to be able to do it in the capital. It was really exciting and cool to be the first out on the slope on a day like this.”

Neveplast and SkIStar both have very high environmental objectives so Neveplast worked to create an even ‘greener’ version of their surface by using a higher percentage of recycled plastics in it, while the slope material itself is also designed so that it itself can be recycled at the end of its life. 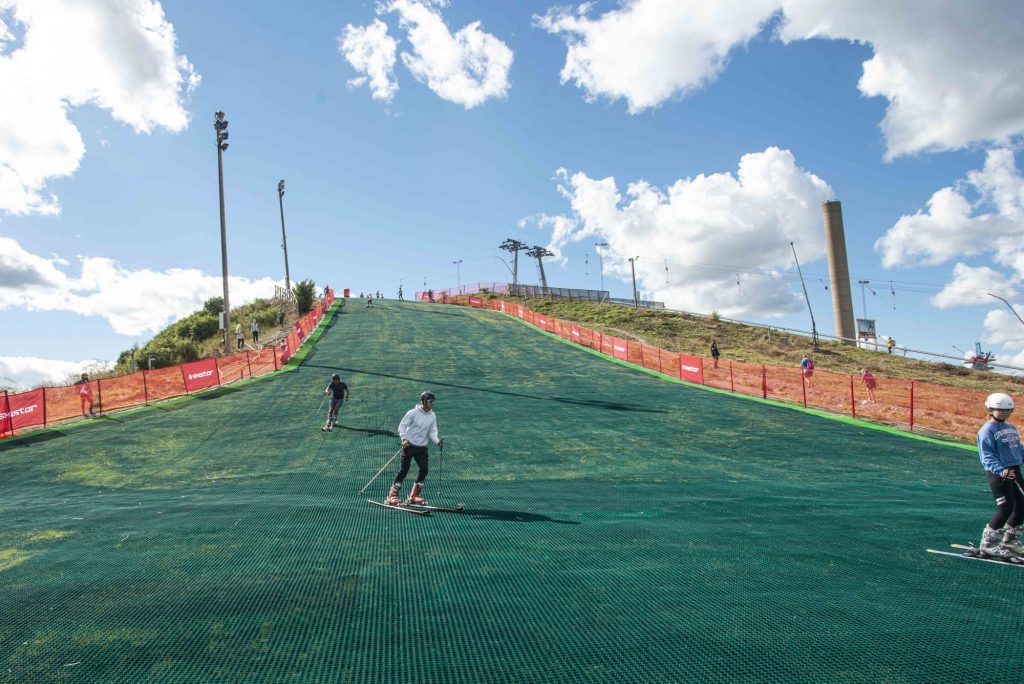 “Our unique SummerSki venture in Sweden is finally up and running. It’s fantastic to be able to offer all Stockholmers and visitors the opportunity to go skiing, even outside the winter months, and to discover the joy of skiing all year round. This venture moves us closer to our sustainability goal of encouraging even more people to take up exercise and become more active to improve their health and well-being; the new Stockholm Hammarbybacken centre is an important part of this,” says Stefan Sjöstrand, CEO and Group Manager of SkiStar AB.

Besides year-round skiing (the slope can still be used when snow covered in winter), the arena has a new SkiStar Climbing Park, Mountain Coaster and Mountain Tube, which opened earlier in the summer and have attracted a lot of visitors.

SummerSki at SkiStar Hammarbybacken in Stockholm is open from 2 pm to 8 pm on Wednesdays and Thursdays, 2 pm to 6 pm on Fridays and 10 am to 6 pm on Saturdays and Sundays. Skiersand boarders need to buy a SkiPass from skistar.com or the SkiStar app before they can ski or board. Other activities will also stay open from Thursdays to Sundays during the autumn and the autumn break.