One of Japan’s leading ski resorts, Hakuba’s Happo-one, has announced it is to open a beach 1400 metres up on the mountain this summer.

One of the highlights of new attraction is to be several ‘Gondola Saunas’ – saunas constructed within gondola cabins. 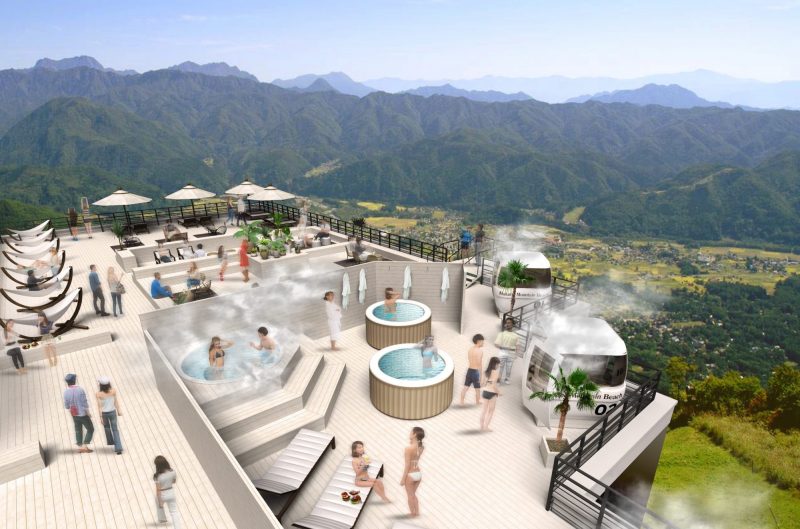 Hakuba Mountain Beach, scheduled to open on 26th July, will include a “spectacular relaxing terrace,” providing views of Mt Yatsugatake and a resort statement describes it as,

“A new spot where you can spend a good time with your family, couple, or friends as if you were at a beach resort while feeling the five senses.”

Attractions will include the ‘Ice Monster’, described as “the world’s best shaved ice store in Taiwan,” and there will also be an outlet of Barcelona’s popular seafood restaurant “Xiringuito Escriba” as well As hot tubs and the signature saunas.

The new beach follows the opening of ‘Hakuba Tsukaike Wow!’ in August last year, a centre where visitors can experience, “more than 50 types of play,” as part of the resort’s aim to become more of a four-season destination. 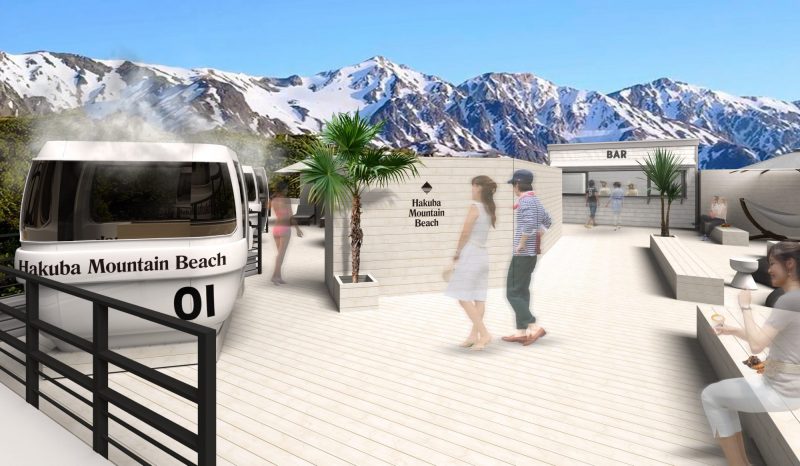 The facility’s operators say they intend to keep the gondola sauna’s open next winter so that they can be used in the snow too.