Home » As Snow Sure As Can Be – You Can’t Go Wrong In Obertauern, Austria’s Snowiest Destination
BY Megan Hughes 4th November 2019

When it comes to a ski holiday, there’s always one thing that can really make or break your experience on the slopes. Snow.

Now, we know we can’t control the weather – much as we might wish to! We all dream of pristine slopes, powdery off-piste and a large ski area in which to make the most of these conditions, but how do we avoid that dreaded arrival to a resort more green than white?

It’s simple really, by choosing a destination which is famous not just for its great skiing, but also for its impressively reliable snowfall.

Just 90km from Salzburg lies the ski area of Obertauern, a modern resort with one of the best snow records in the Alps. But is this really Austria’s snowiest ski destination?

According to ski tourism researcher Günther Aigner, the answer is yes! He published a study in 2016 demonstrating that with an average maximum snow depth of 264cm, Obertauern is number one for guaranteed snow out of the seven leading Austrian winter-sports destinations. 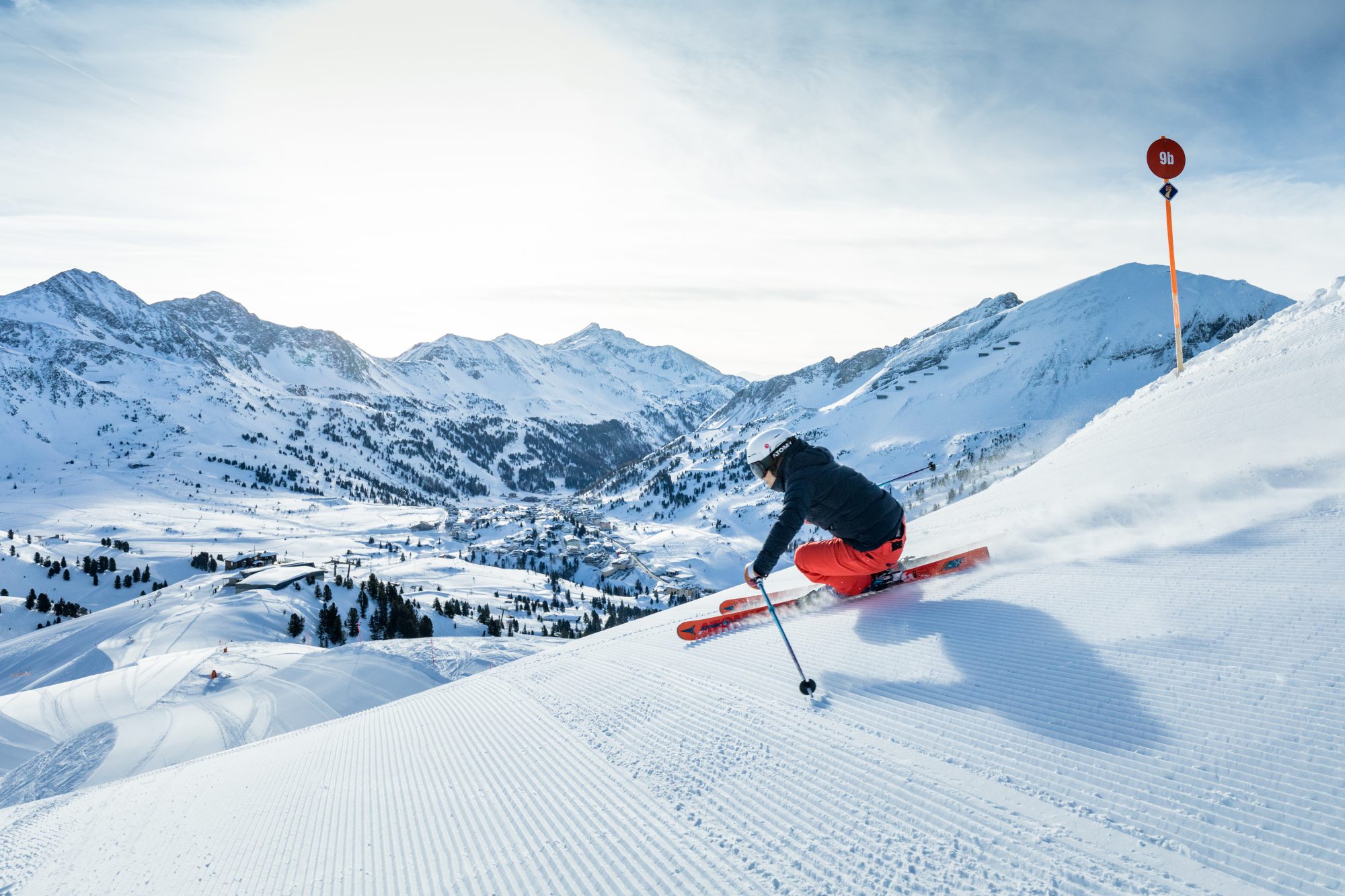 The explanation for this lies in Obertauern’s unique position in the Tauern mountains. While many other Austrian resorts are fairly low-lying, the resort of Obertauern lies at a high altitude of 1,740m, with pistes radiating out from the centre like the spokes of a giant wheel to an altitude of 2,313m.

Add in the fact that in this particular location, snow clouds arrive from the north as well as the south for maximum snowfall, and you’re onto a winning combination for a ski holiday. In Obertauern, the first snow often falls in October and stays way into May, with the ski season lasting as long as seven months.

What’s more, flights from the UK to Salzburg are not only quick but also surprisingly affordable. With a handy airport shuttle whisking you straight off to the centre of Obertauern, it’s clear to see why this is a resort which claims you can “fly right in … to the snow”. 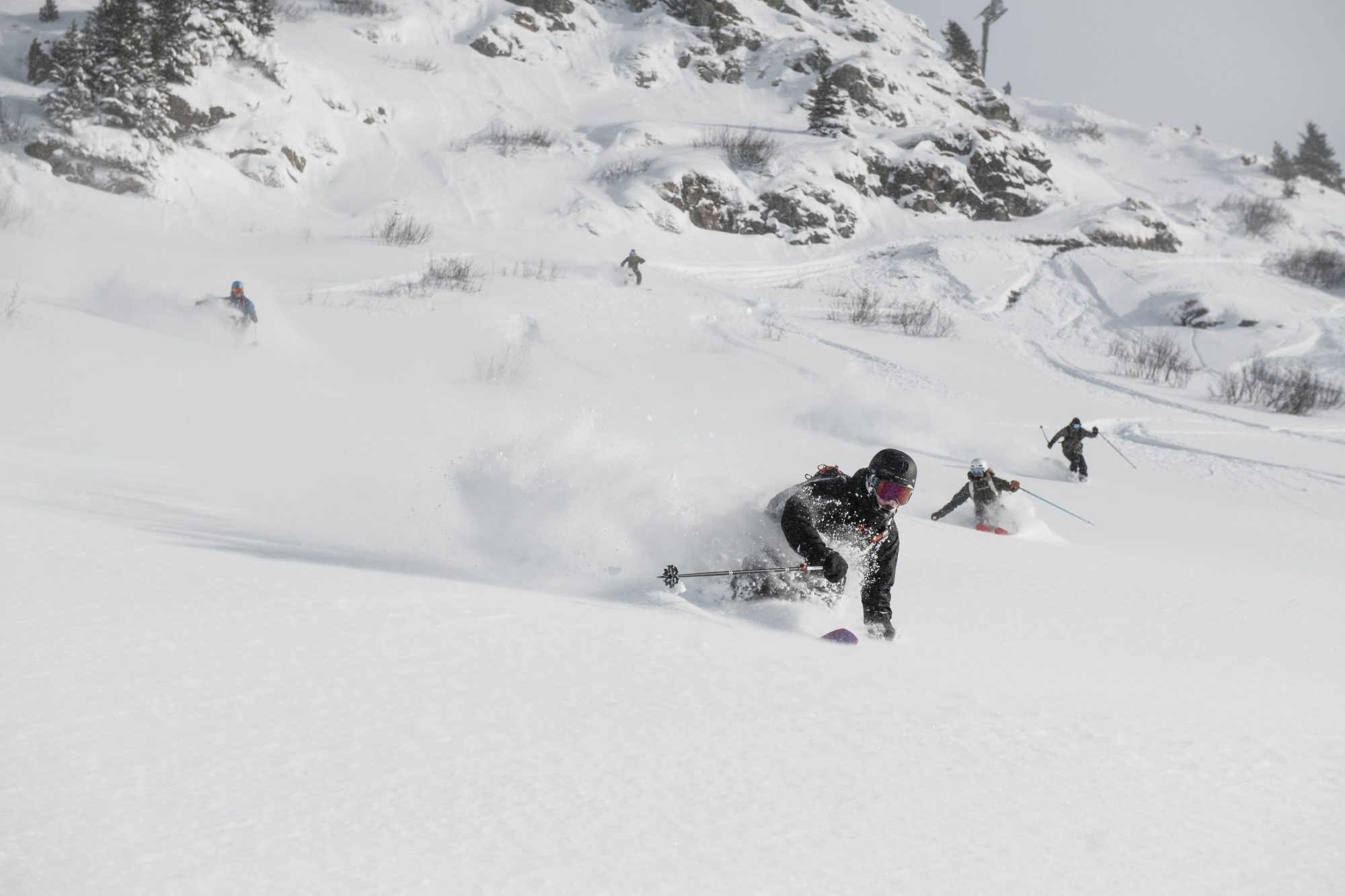 Interestingly, Obertauern owes much of its current international fame to a certain British Fab Four, and images of The Beatles racing down the slopes still line many a wall in the region. However, though they may have brought celebrity fame to the area, what has contributed even more to Obertauern’s reputation as true ski heaven is its near-perfect layout and network of lifts.

Pretty much whole village is ski-in/ski-out – the words every skier longs to hear. Simply strap on your skis and away you go, not even having to take them off to cross the road thanks to generous ski bridges! Once you’re off, the lifts are set up in a way that enables you to explore all of Obertauern’s pistes in either a clockwise or counter-clockwise direction, ultimately returning you to your starting point. Known as the “Tauern round”, this unique circuit includes 26 modern ski lifts that connect approximately 100km of slopes.

There’s skiing here for everyone – from the perfectly groomed pistes that greet skiers every morning to one of the steepest and most challenging mogul runs in Europe, the Gamsleiten 2. Freestyle skiers will love “the Spot”, a snowpark offering numerous features, from beginner lines to entertaining rails and jumps. Even snow-kiters have recently discovered the amazing characteristics of Obertauern, with a snow-kite school for anyone wanting to try this!

The après-ski and nightlife scene in Obertauern is vibrant. Those with boundless energy can end an afternoon with some traditional Austrian dancing-in-your-ski-boots après-ski, before spending the night watching major European DJs pump up the crowds in the clubs.

Find out more about off-slope activities in Obertauern.

Meanwhile, more laid-back guests can indulge themselves at the many Alpine restaurants offering delicious local food and wine. Or, for guests who are exhausted after a long day on the slopes, the hotel sauna or a cosy spot next to the fireplace may just be the most perfect place on earth. Being on top of the world can also be quite strenuous. 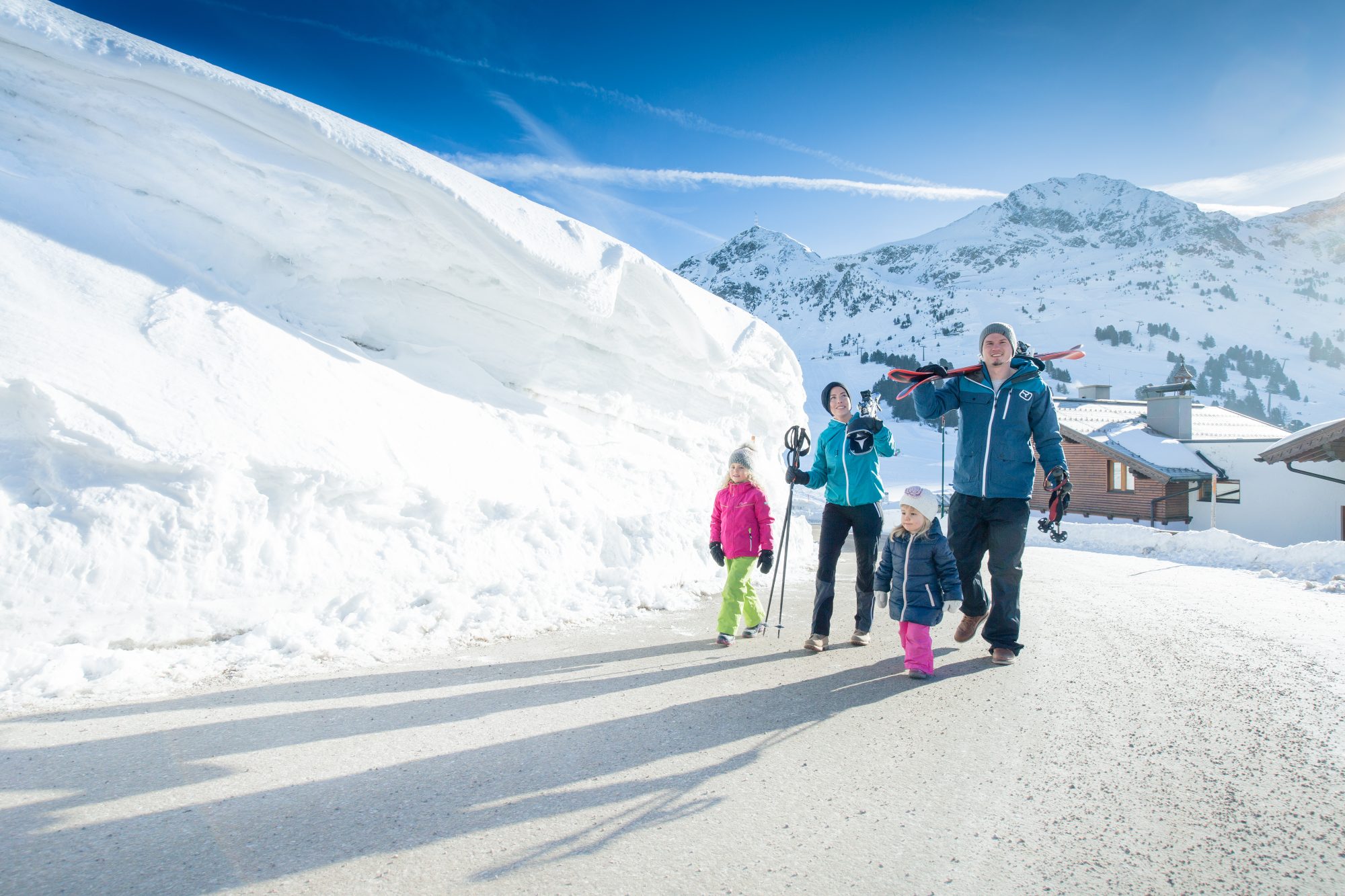 7 December 2019 – The traditional Krampus parade, with hundreds of striking Krampus figures and the always entertaining Ö3-Party.

Throughout December 2019 – The Tauernadvent, the highest altitude Advent market in the state of Salzburg. Sample local delicacies or enjoy music performances and fairy tale readings.

17–19 April 2020 – The biggest treasure hunt in the Alps, the Gamsleiten Criterion, has a huge variety of offers and activities to choose from.

For Your First Family Ski Holiday, Look No Further Than Obertauern

Pole Position On The Pistes

Adventure Off the Slopes in Obertauern