May The Fourth Ski Fundraiser at Banff

The “May the Fourth be with you” old Star Wars joke has led some to declare today ‘Star Wars Day’ and translates into skiers and boarders wearing Star Wars costumes at the few dozen ski areas still open around the northern hemisphere.

At Sunshine ski area near Banff in Alberta Canada, where the ski season still has more than a fortnight to run, they’ve taken it a stage further with their special Star Wars Day on May 4th. 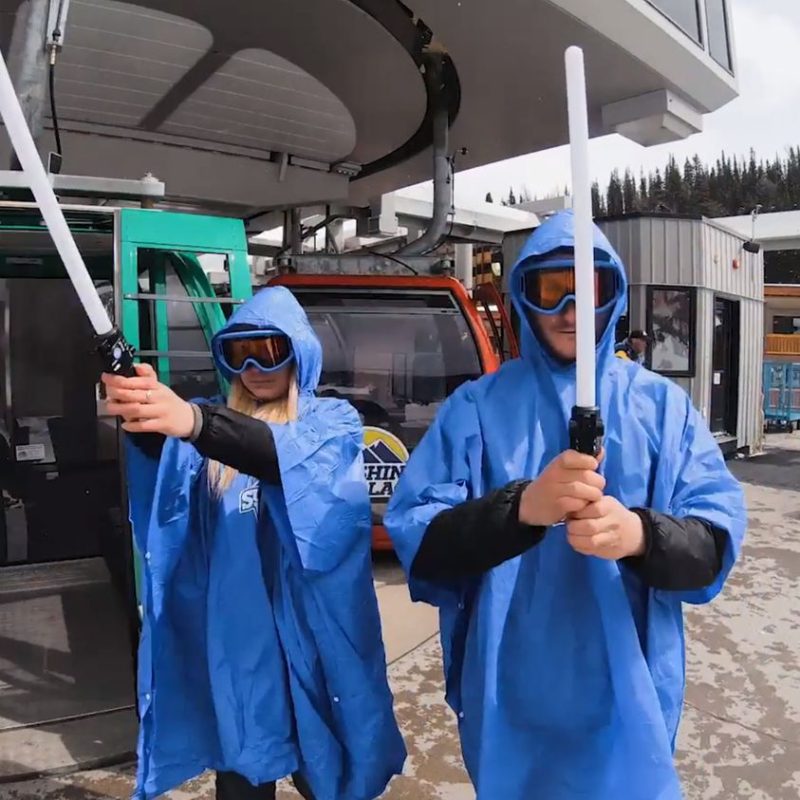 The special day has run for the past few seasons now with those who dress up as a character from the franchise getting a reduced priced ticket.

On to op of this the $75+ tax paid by those who arrive dressed head to boots in full costume is  donated to a University of Calgary research program to help find a cure for an aggressive form of brain cancer called Glioblastoma.