With world title races and critical points in every category hanging in the balance, the world’s best freeriders revelled under the pressure of crunch time in the 2019 Freeride World Tour and gave it their all in Andorra after patiently waiting for conditions to allow for today’s competition to go down.

Marion Haerty (FRA) claimed the Snowboard Women FWT19 title while the rest of the categories remain in contention heading into the Grand Finale at Verbier.

Here’s what went down at Crunch Time in Ordino Arcalís Andorra:

Marion Haerty (FRA-1st Place) clinched her second career FWT title with the smooth, committed and fluid style she has rightfully earned the reputation for over the years. Her run today began with a big air at the top, fast and fluid riding with another solid air in the middle and a final clean air at the bottom to take the top podium spot for both the day and FWT19. Anna Orlova (RUS-2nd Place) chose a technical entry, which she executed nicely and stomped two airs at the bottom to close out a strong run. Erika Vikander (USA-3rd Place) threw together a good mix of fluid riding, freestyle and a technical line choice at the bottom with a mandatory air-in chute.

“I’m so happy I just won my second world champion title! I chose a last minute run that seemed to fit my style, and it really went well. I had a lot of fun, really good snow. I’m stoked!” said Marion.

Jackie Paaso (USA 1st Place) meant business today when she came flying out of the start gate with two big back-to-back top section airs, an absolutely huge stomp in the middle, and another big air and stomp to close out a really high-level run. Arianna Tricomi (ITA-2nd Place) kept the dream for her second world title alive with a good run that featured two stylish 360s and a solid bottom air. Jacqueline Pollard (USA-3rd Place) continued her strong rookie season and kept her world title hopes alive with a fluid line from top to bottom with clean airs in every section. 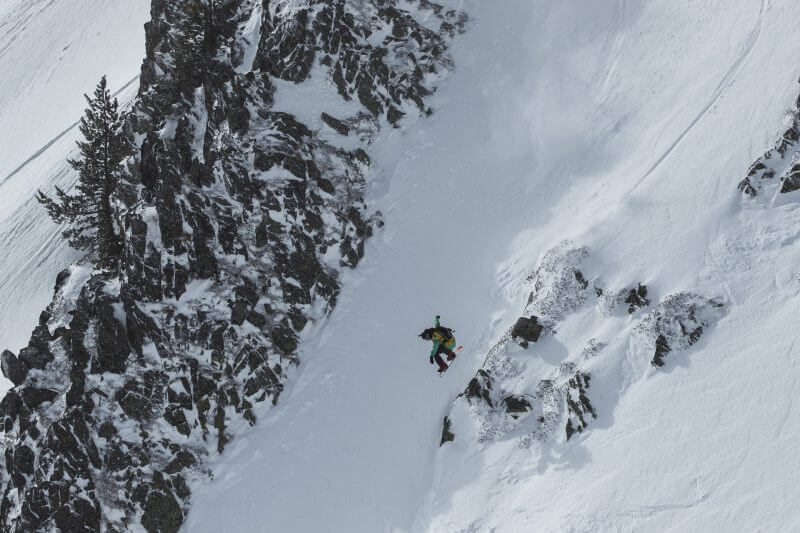 Blake Hamm (USA-1st Place) brought his strong freestyle game sticking a switch 180 followed by a big 360 at the top of the venue, a floaty and stylish 360 in the middle and a big bottom air to take his first career FWT win. The category’s world title race will now head to Verbier with a second place podium by Victor De Le Rue (FRA-2nd Place), who threw down a solid run mixing a fluid line with strong freestyle, and Davey Baird’s (USA-3rd Place) third place result that he earned with a solid air game, which included huge stomps at the top and bottom.

“Super happy with my first place, the snow and being able to do a couple threes in my line. The venue was definitely speaking my style, lots of features to hit and do spins on. See you in Verbier!” said Blake.

Léo Slemett (FRA-1st Place) earned his second podium in a row with a very strong freestyle plan of attack, which included three nicely stuck 360s in the first half of his run and a clean and fluid second half that he closed out with a huge bottom air. Kristofer Turdell (SWE-2nd Place) kept his world title hopes going with a really fluid and committed run, which included a technical top section, big backflip, a 360 and a cleanly stomped big bottom air. Andrew Pollard (USA-3rd Place) earned his second podium in a row, stringing together a creative run that featured a stylish 360 at the top and smoothly stuck big bottom air.

“Not an easy competition today, the conditions were not perfect so I did not do the exact line I wanted to do and had to improvise last minute, but I really had fun skiing. I went super fast and it puts me back in the game now, finishing first today and 3rd overall. Now we’re going to Verbier on a big mountain face where I really feel at home.. bring it on!” said Leo.

FWT19 now heads to Verbier for the Grand Finale.