After a superb season in 2016-17 where she finished second in the World Cup, Snowboarder Katie Ormerod wins Silver at the opening World Cup of the season in Milan with a cab 900 mute and backside 720 mute.

After qualifying in fifth place for the six-woman final earlier in the day, she was really up against some stiff competition.

But it was Austrian Anna Gasser who eventually triumphed and pipped Katie at the post, scoring a total of 160.25, with Katie claiming the Silver with 143.25 and Sina Candrian from Switzerland taking bronze with a score of 130.25. 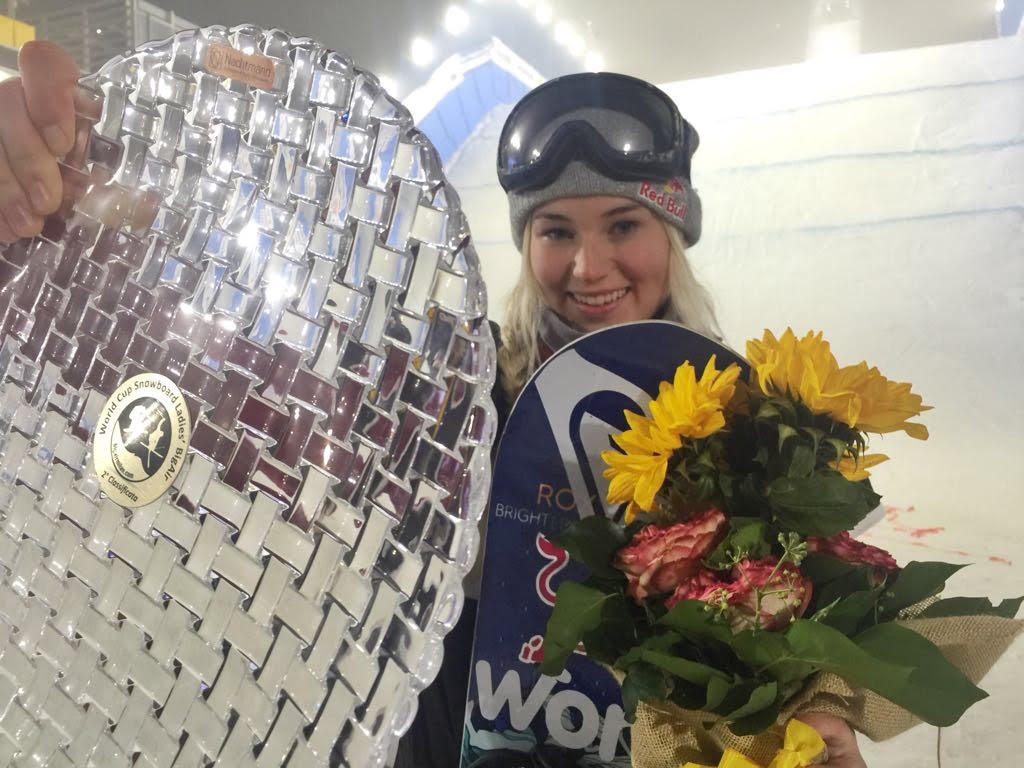 It’s a fantastic result from Katie…we really need to watch this space with this rapidly rising star.

“I’m really pleased with silver today at the first World Cup Big Air of the season” said Katie. “It really boosts my confidence going forward into such a busy and important few months.”