Huge Snowfalls in the Austrian Alps

The snowy start to winter across Western Europe shows no sign of slowing down with some massive overnight snowfalls reported in the Central and Eastern Alps.

The Stubai glacier reported the biggest 24 hour accumulation of 80cm (nearly three feet) but other glaciers in the region reported 40-60cm too.  Hintertux is pictured above and bottom.

Several have now had more than a metre of snow in the past week, on top of a snowy week the previous week, and the forecast for the week ahead is for still more snowfall, particularly heavy on Friday again.

There are nine ski areas currently open in Austria, mostly glaciers, but several more including Obergurgl and Schladming, are due to open in the next 48 hours to start their 19-20 season. 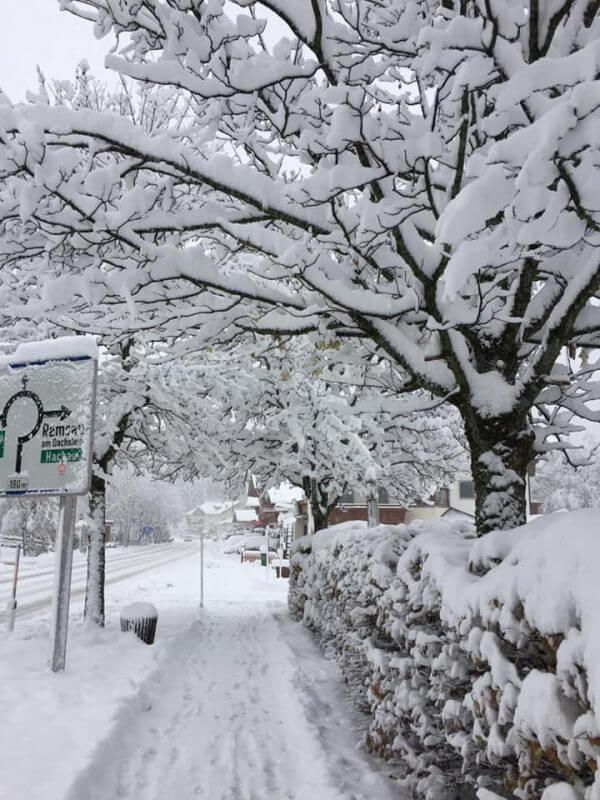 The good news for lower elevation areas is that the snow has been heavy right down to the valley floor, with villages below 1000 metres altitude reporting heavy snowfall too.  Here’s Filzmoos, a little higher than that, this morning.

The snow has been causing some issues with access – the Molltal glacier access road is currently closed due to trees brought down by weight of snow. 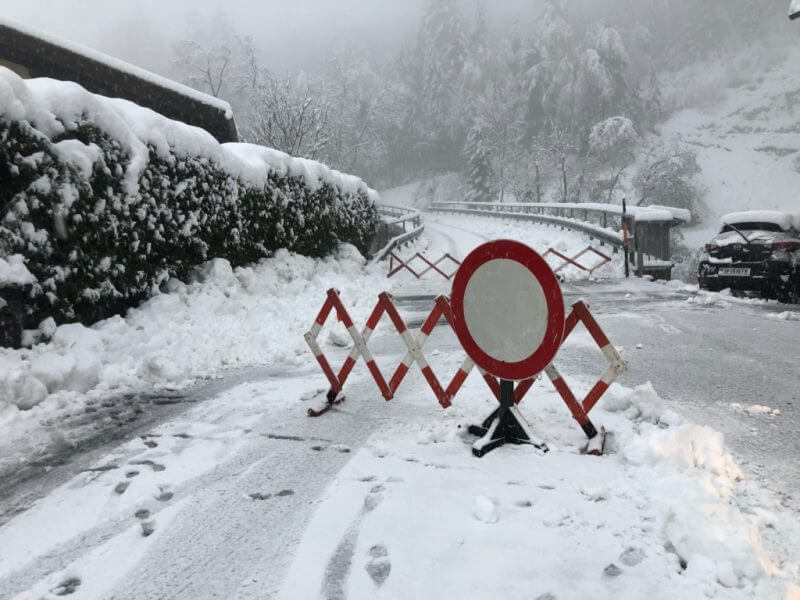 Although the latest snow is heaviest in Austria, ski areas in other countries have been posting big snow totals too and ski areas in the Dolomites and Pyrenees have already opened early for the season. 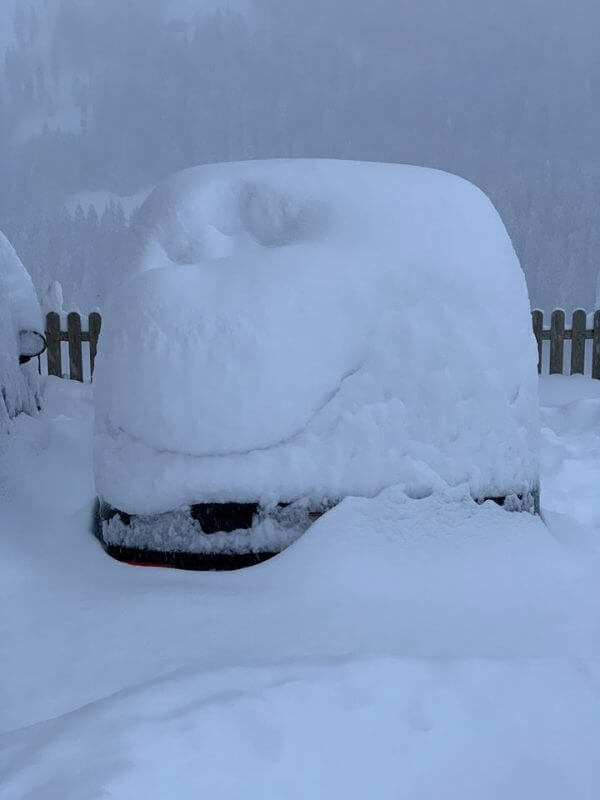