Les 3 Vallées is branding itself in the style of Frozen 2, the new animated Walt Disney film, this winter.

The partnership with Disney includes several renamed Frozen 2 themed ski runs, a gondola lift redecorated in Frozen 2 branding, four Frozen 2 branded photo spots in Meribel, Les Menuires and Val Thorens and 14 fun adventures marked on the ski map. These include an ice grotto, maze and cabin. Kids collect stamps as they visit each location and will receive a Frozen 2 medal and certificate once they have completed it all.

There’s also a mystery location where you might just find Olaf hidden away – accessible using GPS co-ordinates.  All of these are free-of-charge (Other than usual lift pas costs) to access.

In addition full Frozen 2 themed holidays are available in each of the area’s ski resorts. In addition to seven days’ accommodation and a 3 Vallées ski pass the packages include cinema tickets so families can watch the film, as well as take advantage of a range of entertainment opportunities: ice rink, snowman-making workshops, wood sculpting and so on.

“Family, entertainment, sharing, starry-eyed children – both brands have these things in common. So, it was only natural for the world’s largest ski area to be associated with the new film,” a spokesperson for Les 3 Vallées. 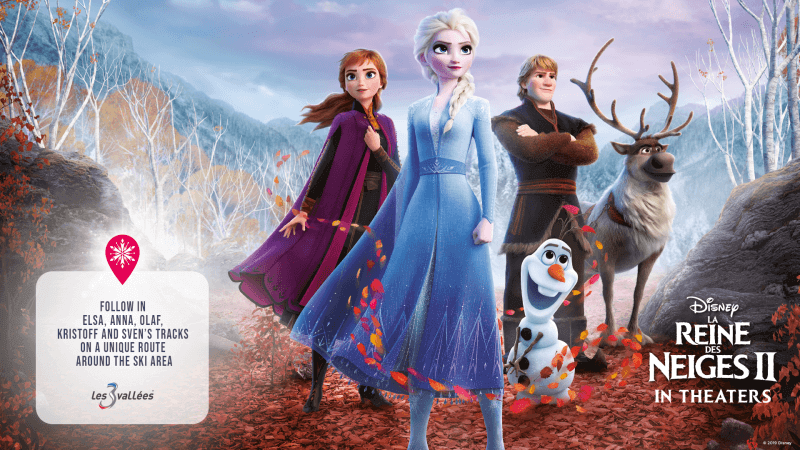