It was a good start to the season at Val d’Isere at the weekend with fresh snow falling as the famous ski area open for winter 17-18, immediately creating one of the biggest ski areas open in the world so far thanks top being next to Tignes.

It is expected to stay cold and keep snowing most of the week and in to December in the French mountains making November 2017 one of the snowiest for some years in France and continuing to set up the majority of the country’s resorts, opening in the next few weeks, for the season ahead.

So far though few are open, besides Tignes and Val d’Isere, certainly far fewer than the other ‘big 3’ ski nations in the Alps (Austria, Italy and Switzerland).

Val Thorens is the only other big name resort open so far in the Alps, it had 15cm of fresh snow at the weekend and has 80cm lying on upper slopes and up to 70% of its runs open – another of the biggest areas in the world open right now.

Alpe d’Huez is due to open at the weekend and is busy making snow on  top of the natural stuff. 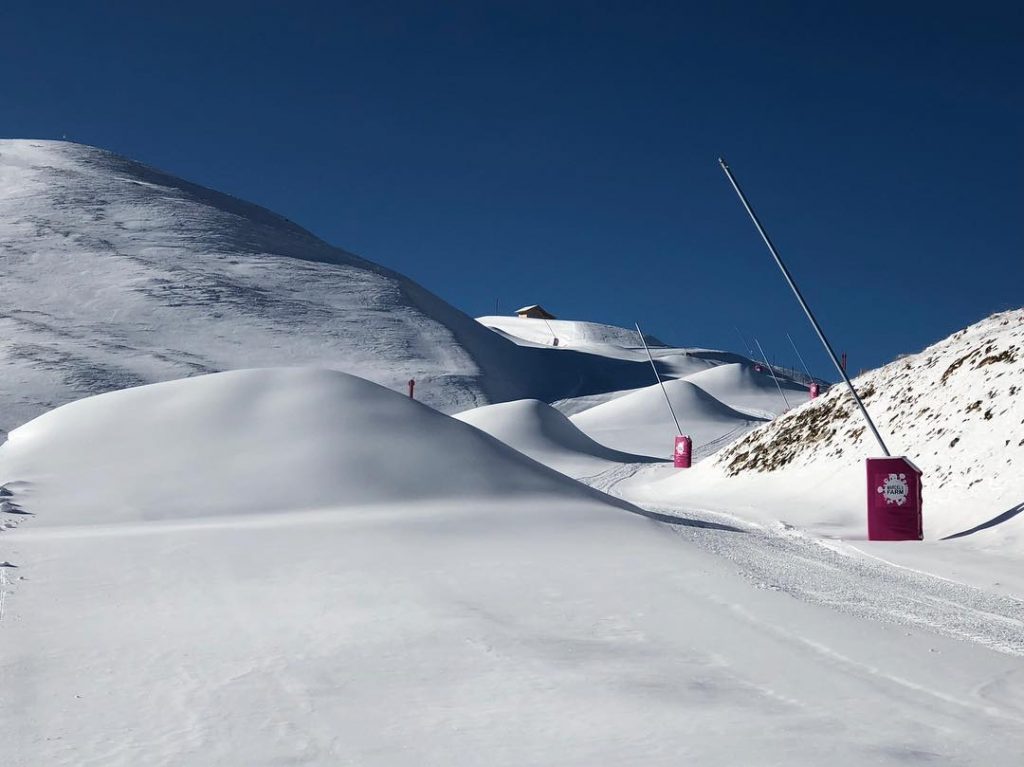