The Finnish ski resort of Ruka says it is just 100 days until it opens for its 21-22 ski season.

Ruka, one of the largest ski areas in Lapland and one of the most northerly in Europe, has been using snow-farming techniques to store snow from the previous season on its slopes through late spring, summer and early Autumn, then spreads it back out on the snow in late September to create a few kilometres of runs.

This year it plans to open for its seven-month ski season at 10am on Friday, October 8th 2021, then stay open through to May 2022, all being well. It’s one of the longest ski seasons in the world, and the longest in Europe, for a ski area without a glacier or permanent snowfield. 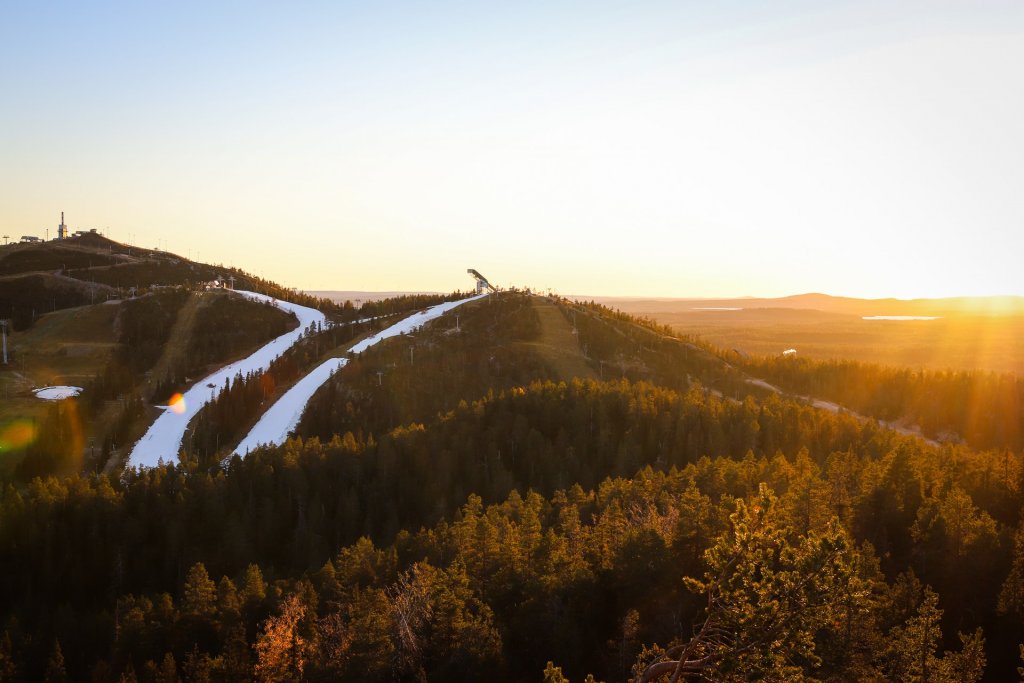 Last winter Finland was one of the European countries where ski areas stayed open, although there were few international arrivals due to pandemic restrictions. Ruka’s season lasted 220 days, starting on October 2 2020 and ending on May 9 2021.

Ruka experimented with storing snow over the summer with a new method for the first time in the summer of 2016. During the winter, a snow layer several-metres deep was created on the Saarua slope 13 with snow cannons, which was then pushed into three large piles in the spring. The piles of snow are covered with white gauze and partly with sawdust. 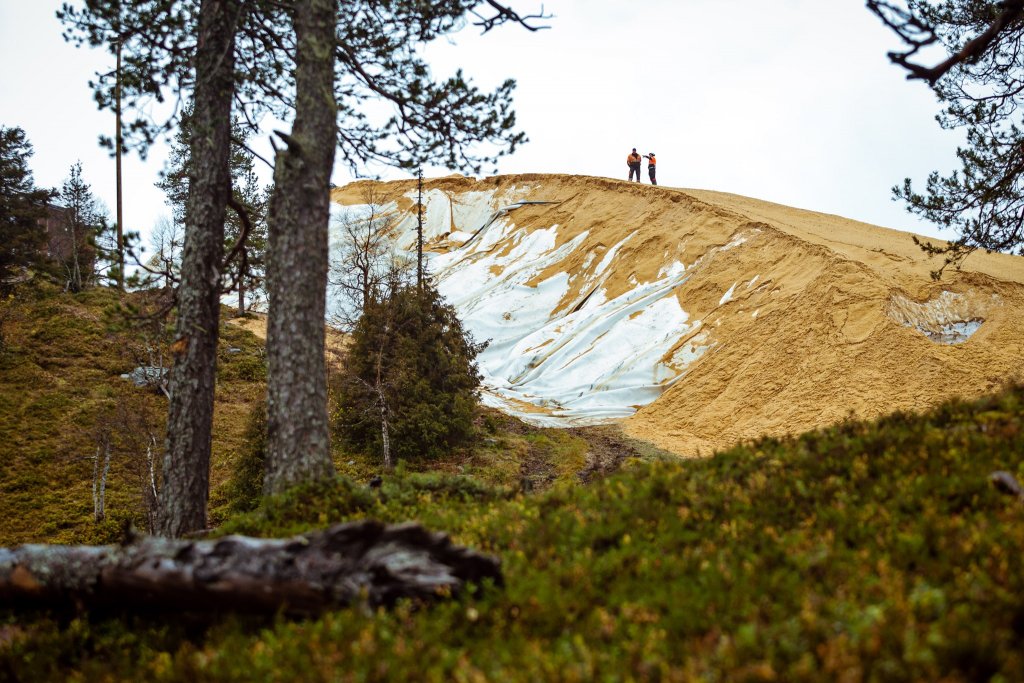 In early-Autumn the preserved snow is spreads back out on the slope about 20 metres wide and half a meter (20 inches) deep along the entire length of the slope. When the snow is dug out from under the tarpaulins, the snow is spread on the slopes by groomers as quickly as possible, in three shifts around the clock for four days non-stop. Drivers are assisted by PistenBully’s SNOWSAT system, which allows you to see the thickness of the snow in centimetres in real time. The snow melts a little in summer but typically around 80,000 cubic metres of snow in the piles, which made it possible to open two slopes. It is normally cold enough soon after opening for fresh snowmaking to start and then natural snowfall soon after.

Other ski resorts in Scandinavia and now also in the alps and in North America have also begun using snow farming. Most famous is probably Kitzbuhel in the Austrian Tirol (pictured below) which opens a high slope in late October each autumn using the technique and allowed the resort to claim a 200 day season through to spring before the past two pandemic winters limited opening periods. 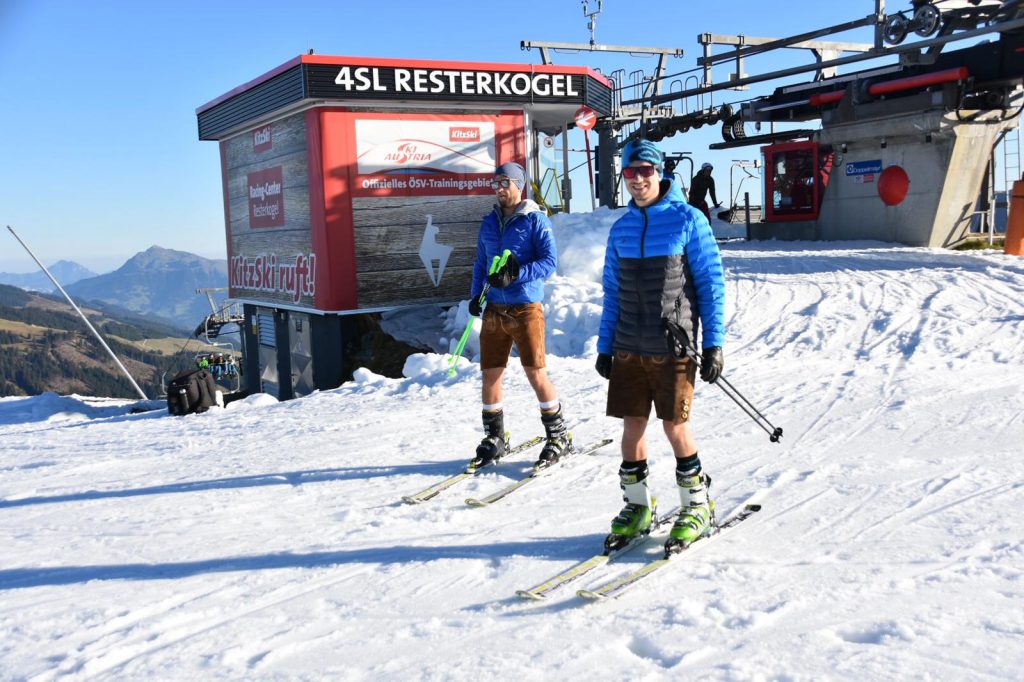