Angelique Vinnedge from Canada wasn’t content with bagging a ‘First on the Chair’ T shirt from Coronet Peak ski area in New Zealand when it opened for the 2016 season last weekend, so made it two in a row with a Remarkables First on Chair T shirt this weekend too at the Queenstown resort.

Her boyfriend – Queenstown local Jesse James Johnston – was alongside her to claim his shirt, along with friends Morgan Harteveld and Josh Martin who queued from 3.15am. Queenstown brother and sister Jamie (10) and Hannah (12) Gaboda were there for the second year in a row, arriving at 5.30 and “hanging out near a heater” to keep warm. 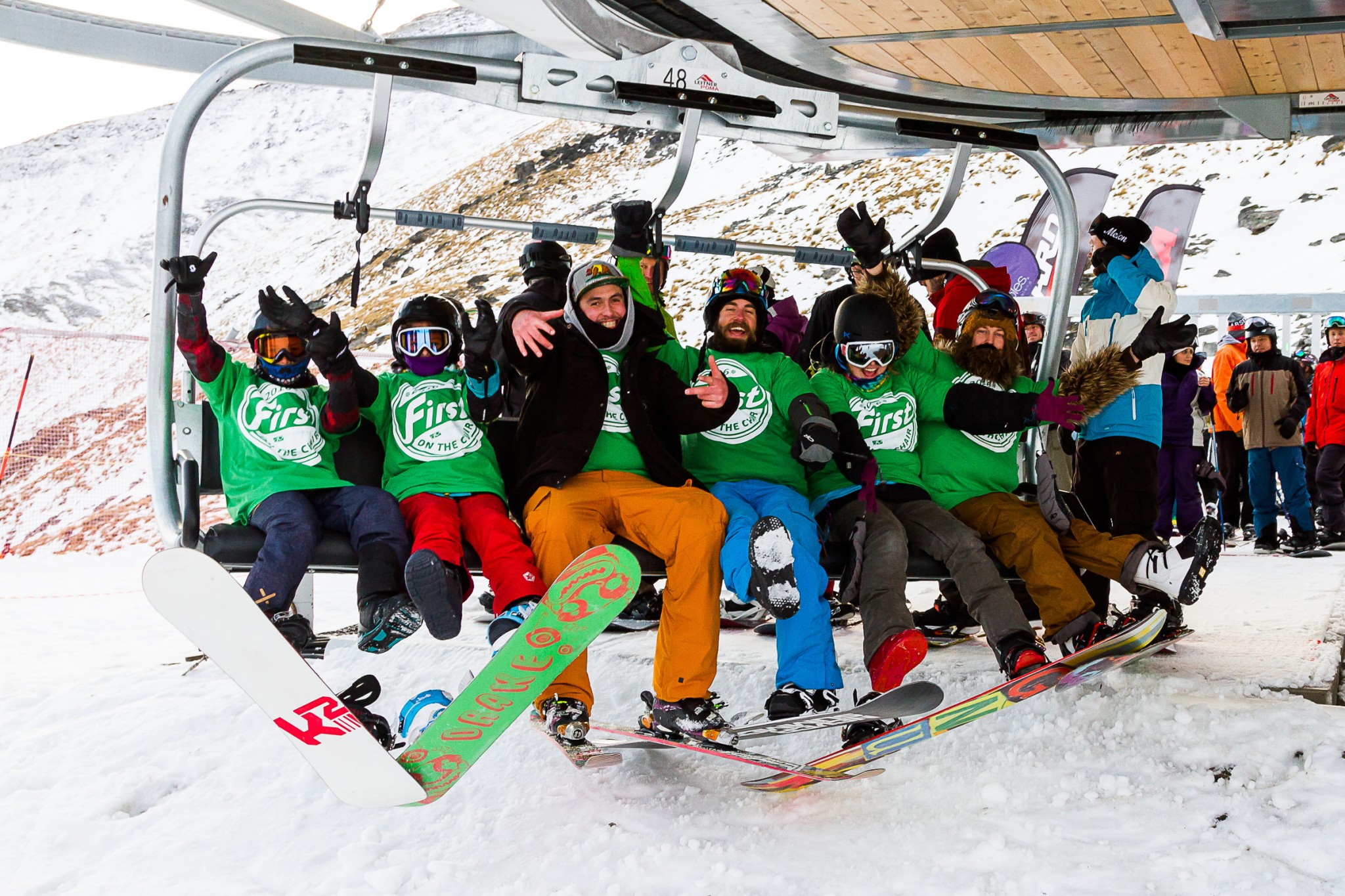 The first 100 waiting for the lifts to start running were treated to free breakfast baps delivered to them in the queue by ski area staff, and as the gates opened at Curvey Basin, bursts of  bright green confetti added a fun element to the day.

Catching his breath after his first run, Harteveld described the snow as “awesome”.

“It’s always well worth getting up for first tracks at The Remarkables; I’d rather be here than anywhere else in the world,” he added.

Footage of the gates opening and first skiers and boarders coming down from the top of Curvey Basin was screened live to The Remarkables’ Facebook page, as a drone flew the length of the chair to capture those first moments. The live screening has been viewed by thousands of people tuning in to be part of the excitement of opening day.  More than 2,000 took to the slopes during the day.

“What an awesome mix of locals, families, first timers and even a few of our favourite Aussies we’ve seen here for the kick off of the 2016 season,” he said.

“Our team’s done an amazing job in bringing the trails to life, enabling us to operate with all four chairlifts, 100% of our beginner area and 80% of intermediate terrain, with plenty of off-piste for the adventurous. What more could you ask?”