With 2020 being the year of not knowing what’s going to happen from one day to the next, it is hard to be sure just how ski holidays will play out this winter.

But we do now have more than six months of experience of living in the pandemic and whilst most of the world’s ski areas have been closed through the northern hemisphere’s summer, towards 100 have opened for periods for summer skiing or for the regular winter in the southern hemisphere, so we do now know how they have operated.

The good news is that skiing is better suited than most parts of society to copy with pandemic restrictions. After all ski resorts have decades of experience of keeping going when hit by a more traditional problem, an occasional lack of snow and we skiers too are adaptable, changing our daily plans due to the weather.

“Ski areas are used to having no idea what conditions they’ll face in winter, their most critical time of the year,” one industry veteran pointed out.

At the time of writing all the major ski areas are confirming opening schedules lot like normal (identical to normal in fact).

A lot of what may be a little different this season seems a lot like what we have to deal with each winter anyway, just an extra layer to deal with.

Here are eight things we’ve seen in place already in ski resorts, or which resorts have said they’ll introduce this winter.

It’s important to understand that what actually happens might vary from one country and one resort to another – as we know the rules are ever-changing and different countries (and sometimes regions within countries) have different approaches.

And we should remember that after the sun suddenly appearing after a whiteout- if a vaccine is found these might suddenly all disappear.

Dining-In is the New Dining-Out

Apartment holidays look like they’ll come into their own this winter as you eat with your family or friends and in many resorts can pop back to eat too at lunchtime.  Food delivery services look like they should do bumper business.

But hotels and chalets have plans in place too including the option for room service and even a new version of self-service buffet meals where you choose what you want from behind some plexiglass and a fully PPE’d member of staff piles that on a plate for you.

This is of course increasingly the norm almost everywhere and it’ no different in ski resorts. As we’ve seen in society as a whole we’ve gone from “doubts as to whether mask-wearing is effective” to it being compulsory indoors, then in outdoor crowded areas, and in some places all public areas indoors and out.  Fortunately, skiers often wear masks a lot of the time anyway so it’s less unusual than it feels in the supermarket.  We hear that Ischgl has purchased 600,000 masks to hand out when you buy a lift ticket there. 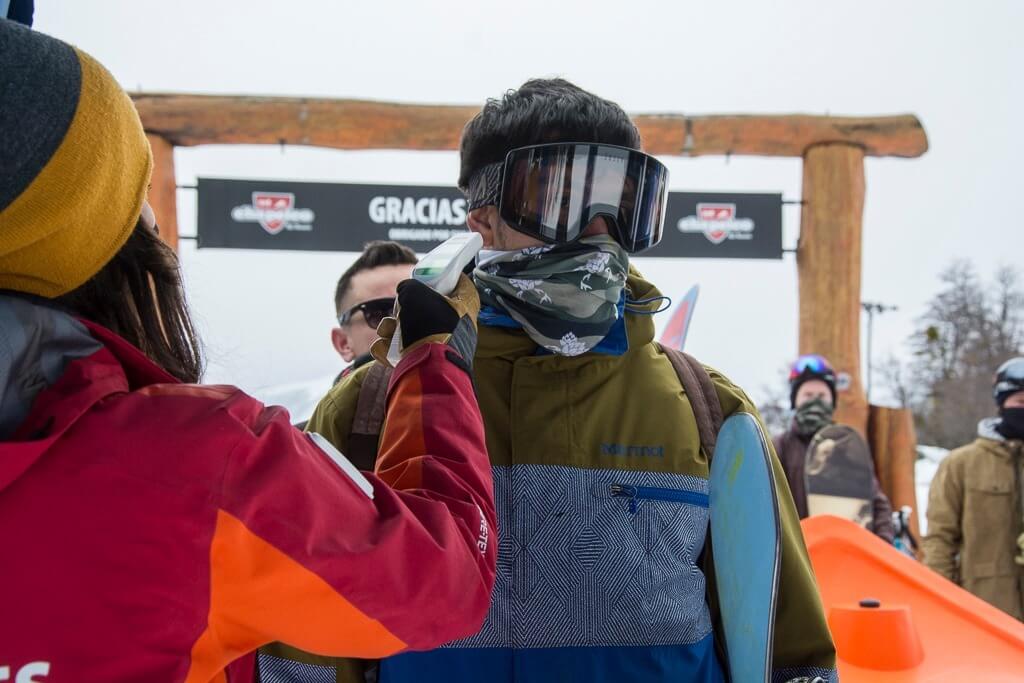 There has been a lot of discussion about the logistics of social distancing in lift queues and on lifts. Some resorts have been diligently allowing only 1 person on a 4 or 6 seater chair (or perhaps two at either end) if they’re not already together, but when things get busy, the obvious result is big queues (even longer than they would usually be due to social-distancing). As a result, there are increasing reports of no social-distancing, just mask-wearing, being allowed in lifts at several top resorts in the Alps that were busy with summer skiers this summer. Where we’ll be by winter, and whether there’ll be a consistent approach, remains to be seen, but the signs are it will be business as usual – but with masks on and windows open.

We’re hearing of resorts that will require their skier guests to either present a certificate on arrival that they’ve tested negative to the virus during the previous 72 hours or to take an in-resort test as a testing centre that will be set up there.  It is unclear as yet how widespread this requirement and in-resort testing facilities will be by the winter.

It’s not clear if this will be ‘a thing’ or not this winter in the Alps but we’ve seen in hard-hit Argentina and Chile where they only very tentatively opened ski areas to local people in the latter half of their winter season that resorts opted to announce slopes would be closed a day or more before they were due to open based on forecast bad conditions. The thinking is that if they operate as normal and perhaps put the opening on hold for an hour or two in the morning whilst the weather clears there could be groups of people build up at the base or in buildings waiting to get on the slopes, and that’s not good in a pandemic.

There have been lots of depressing media reports along the lines that apres-ski as we know it is over and certainly the heaving bars at the base of the slopes look like they are gone for the coming winter. But… we have seen bars and restaurants operating at home and that looks like being how it will be in resorts with bars and restaurants till there but social-distancing between groups of friends and family within them, contact tracing and so on.  So toned down, but not gone for good.

“In the outdoor bars by the lifts, there will be no “après-ski-atmosphere” at all. The umbrella bars are running in the style of a coffee house, with service. Of course, table distances are also carefully observed here. Subdued background music will be played,” the resort of Serfaus advises.

A number of the big music festivals including Rise in Les 2 Alpes, Snowboxx in Avoriaz and Snowbombing in Mayrhofen have all confirmed they’re going ahead this winter, so we’re assuming they’re not planning to deliver a completely miserable week.

We’ve all got used to this in our day to day lives and it might make things more pleasant in some lifts however there does seem to be a big mix in the different approaches.  The most diligent resorts are policing strict distancing whilst others are leaving skiers to self-police the rules.  There are also countries where distance must be maintained between two skiers who aren’t already together as family or friends, whilst in other countries lifts are allowed to run at capacity so long as everyone is wearing a mask.

One common theme we’ve seen at many open ski areas is forehead temperature scans as you board the lift. This doesn’t look a lot different to the old lit-queue ticket scans at resorts without hands-free technology where your lift pass is scanned by a hands held-reader, this time though it’s your head, not your pass! 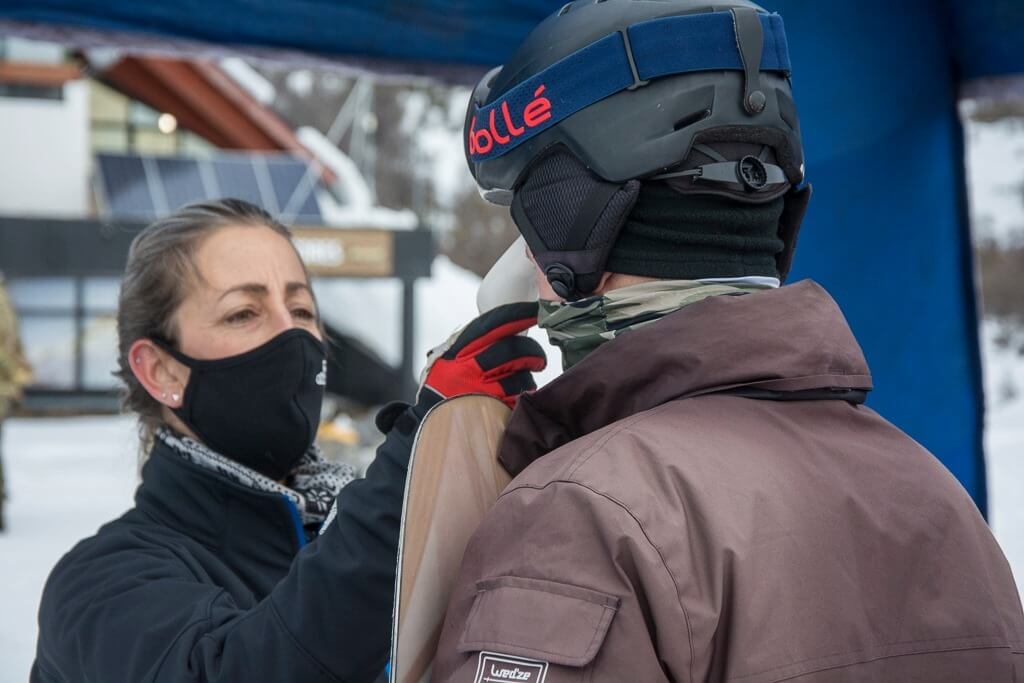 Book with confidence this winter with

How Will Ski Resorts Look This Winter?

Might Our Ski Holiday This Winter Actually Be Better Than Normal?

Will Ski Resorts Open This Winter?

The Best Ways to Travel

Things to Keep on the Radar