As the (hopefully) post-pandemic, pre-20-21 ski season world continues to evolve, there are increasingly positive signs at present that the ‘new-normal’ next winter might look a lot like the old normal …but with more face mask wearing and virus testing.

First-hand reports from re-opened resorts in the Alps indicate that skiers are being increasingly left to ‘self-police’ social-distancing with their fellow holidaymakers and that in consequence, it isn’t really happening in a lot of places.

On the other hand, mask-wearing in public areas, particularly indoors, is being made a legal requirement in ever more ski nations, so everyone is doing that. 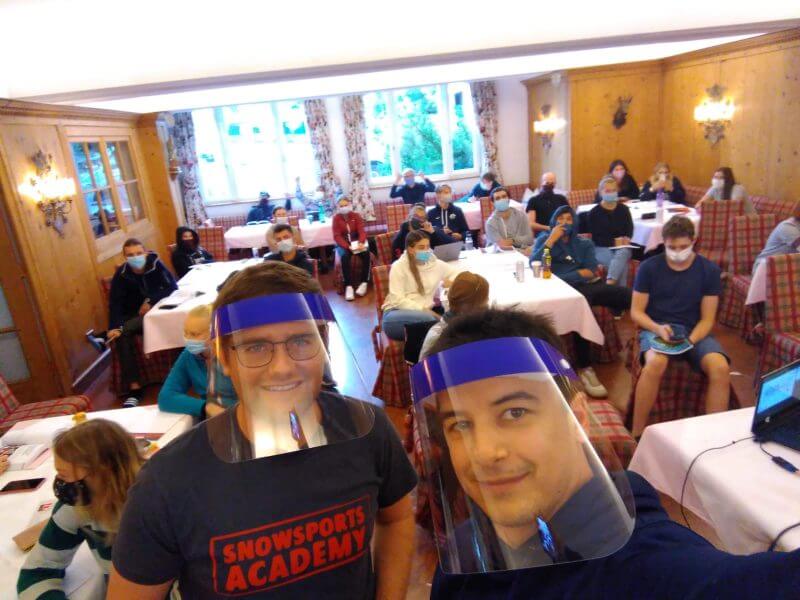 With cases of the virus dropping in most areas, it seems that as long as the easing of social-distancing doesn’t lead to a spike in cases, or the feared ‘second wave’, things will continue in this way.

In the meantime, alongside the hope that there may be a vaccine by the start of next winter, an increasing number of travel businesses are announcing they’ll offer free COVID-19 testing to skiers.

The Austrian ski resort of Ischgl has also announced it is offering free virus testing to summer guests at a medical centre in the heart of the village and it seems likely other resorts will follow suit,

“This summer testing is being used as a test phase for implementing the same facility in the winter,” a resort spokesperson said, adding, “The wait times for results will vary according to numbers, but should be pretty much ‘same day’. In the unlikely event a test result was positive the local authority will advise on the next steps.”