Several ski resorts in California are reporting that with the month only half way through, it’s their snowiest February ever.

Both Squaw Valley and Mammoth, which are currently reporting the two deepest bases in North America, both over 5 metres/17 feet at the top, say they’ve had more snow in February 2019 than in any previous February.

It's DEEP out there! Who's ready for round two tomorrow?

The snowfall in California has been accompanied by full storm conditions including winds of over 100mph and lightning strikes at times in some areas leading some resorts to close at times for safety reasons.

The snowfall is expected to continue but ease of over the week ahead.

Pictured below – a before (season start) and after (now) picture of a building at Sugar Bowl. 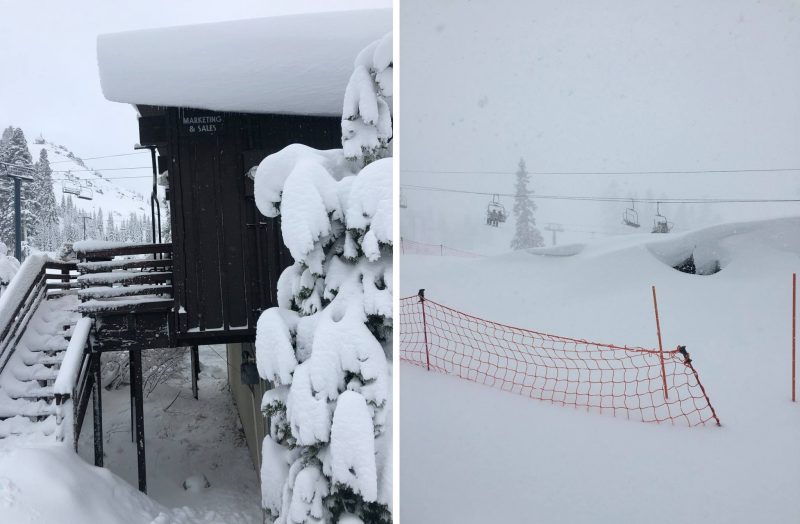 Drones And Zones In California