Courchevel is set to reveal the new ski slope that will be the downhill course when they jointly host the 2023 Alpine World Ski Championships with neighbouring 3 Valleys resort Méribel.

The new run will be given it’s name later this week and will be open to skiers to enjoy from this winter onwards, more than two years before it is used in the upcoming Championships.

Comparing the potential status of the new course to the Streif piste on which Hahnenkamm race is run each January in Kitzbühel or the Lauberhorn route in Wengen a resort spokesperson said they intend that:

“In 2023, Courchevel’s new slope will join them in their legendary status when the best skiers on the planet will be there, dreaming of winning a gold medal at the FIS Alpine World Ski Championships Courchevel Méribel 2023.”

The yet to be named new run is described as a “very technical and challenging black run,” the slope has been designed by Bruno Tuaire, director of Courchevel Sports Club and Hannes Trinkl from the FIS (International Ski Federation). 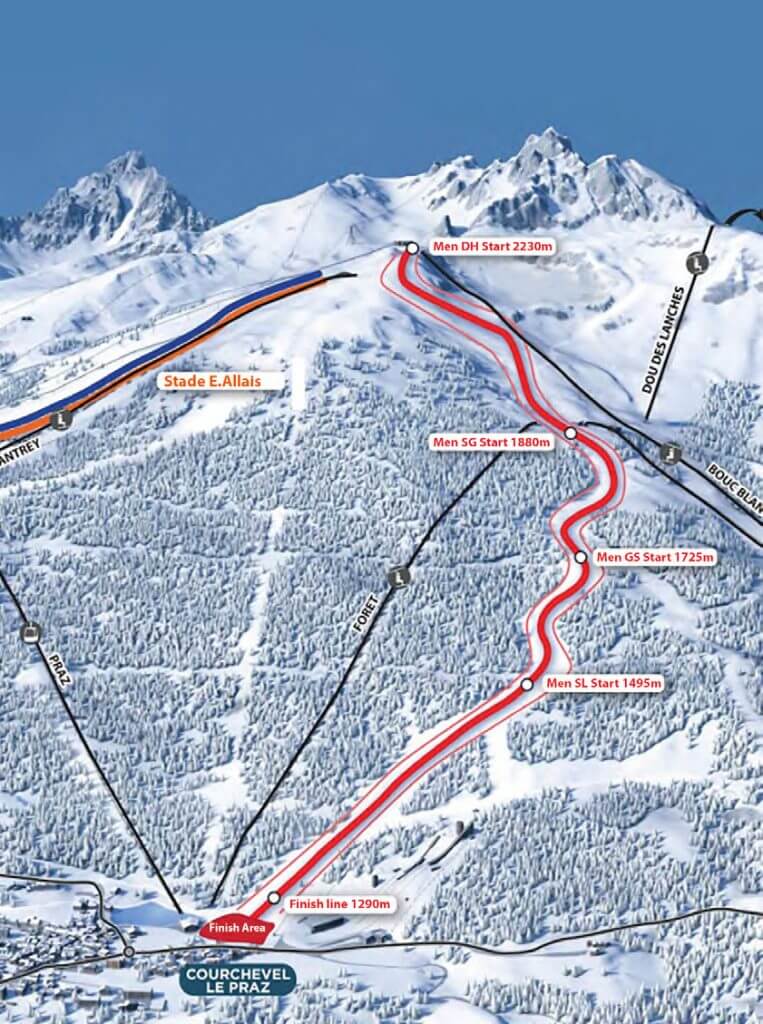 The slope will be 3.3km (just over two miles) long and will have a 970m vertical drop making it one of the longest slopes in the ski area.

“The run passes through the heart of the forest and provides jaw-dropping views over the village of Courchevel LePraz, the Olympic ski jumps and the Alpinium,” said the Courchevel spokesperson adding, “There is no doubt the World Championships ski run will enter the very small circle of the most challenging slopes of Les 3 Vallées, such as the Léo Lacroix in Les Ménuires or Le Grand Couloir in Courchevel.”

Courchevel says that the name of the new run will be revealed on September 10th and say,

“Everyone will be able to ski it from this winter on.”