The new ski holidays by rail service launched from London on the former Eurostar ski train route direct to the French Alps has been declared a success by its operators, the Compagnie des Alpes (CdA) group.

The company, which has made a strong commitment to cut the CO2 emissions it generates, says that although the pandemic posed problems in the early season, in the end the number of passengers carried equated to 80 full flights not being required.

The service was announced last autumn as travel to the French Alps looked set to resume. Rather than a standard train service the new Travelski Express ran direct from London St Pancras to Moutiers and Bourg-Saint-Maurice and sold complete ski holiday packages at a high value price to half -a-dozen leading French resorts. 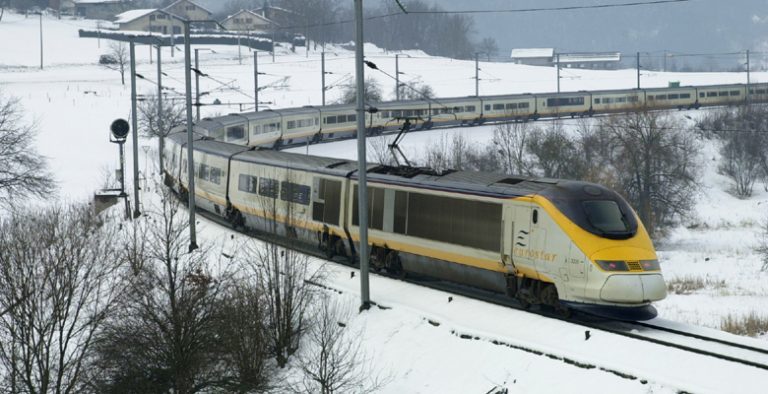 Unfortunately the main launch of the service had to be delayed when France stopped leisure travel from the UK just as the season as the Omicron variant surged, but once travel was allowed to resume, the service was a big hit, CdA said,

“The reopening of the line by Compagnie des Alpes was a success; the rotations from the end of February until April posted high occupancy rates. In the end, the number of visitors transported during the 2021-2022 ski season corresponds to the equivalent of 80 plane flights, for a CO2  emission per visitor more than 10 times lower,“ a statement from the company confirmed.

“With the multiple challenges facing the French mountains, Compagnie des Alpes is determined to explore new approaches at the very heart of its activities, particularly in ski areas, in order to move forward with all the players in the region towards a sustainable future.”