One of the longest planned indoor snow centres in British history will still happen, its new backers say, but with a modified plan and a new name: Valley Ridge Resort.

The SnOasis project, which included a 400 metre long indoor snow slope – more than twice as long as any other in the UK – was first unveiled two decades ago with the aim of being a national centre of wintersports excellence. However it’s location in a former quarry led to strong objections from locals and years of legal wranglings and appeals have ensued.

No longer known as SnOasis it is called “Valley Ridge Resort” and the latest artists rendering of the finished indoor snow slope show a much more low key structure than the original, blended in to the natural environment, complete with grass roof (as pictured top).

It also appears the slope will no longer be more than twice the size of the UK’s existing longest indoor snow slope, the 180m run at Chill Factore in Manchester (below). 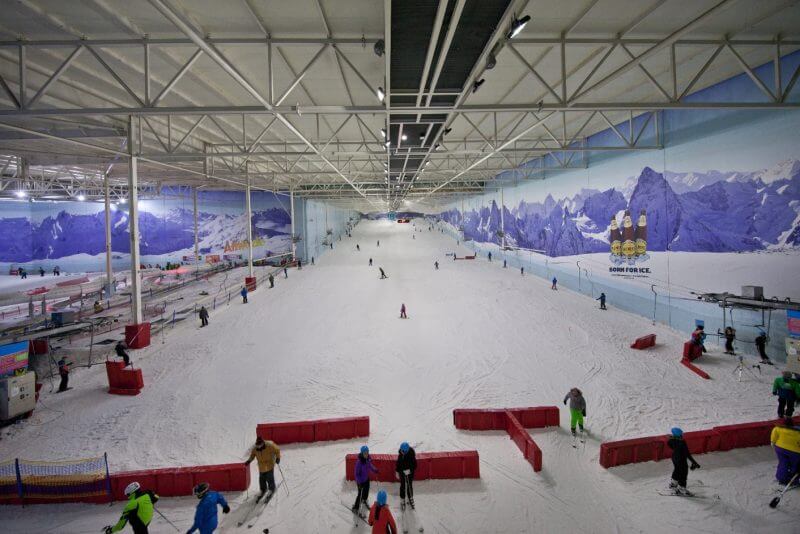 The latest publicity for the facility does not give details on slope dimensions but say it will be home to,

“…a range of winter sports facilities including one of the largest  indoor ski slopes in the UK.”

The change of name from SnOasis should help differentiate the project from its earlier incantations, and minimise confusion now that a second indoor snow centre project, this time in Swindon, has also been called Snoasis. Snoasis Swindon was most recently reported last summer to be on hold due to an £80m hole in its £270m finance plan, blamed initially on Brexit. 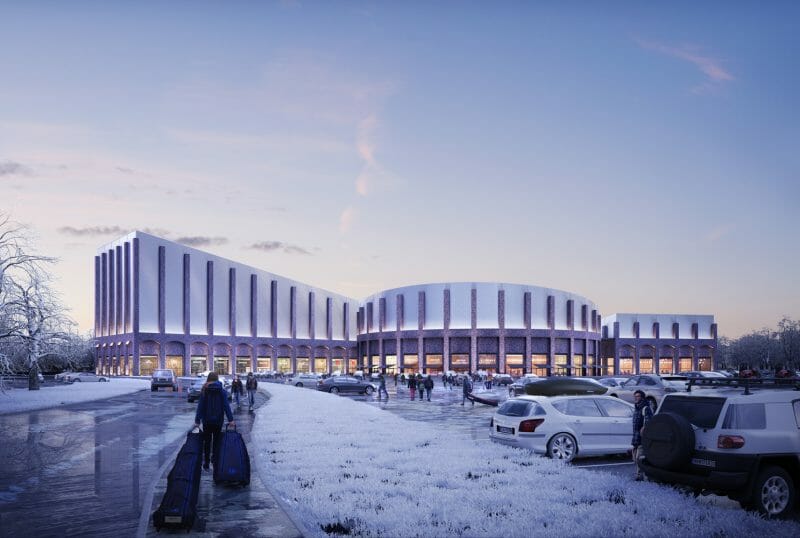 Back in Suffolk, besides the indoor snow centre, The Valley Ridge resort promises, “eco-friendly wooden lodges, sports and retail facilities; a state-of-the-art water park, spa and cinema; a 350 key four-star hotel with conference facilities and an extensive food and beverage offering including bars, restaurants, cafes and a country club.”

They are David Church who has advised on some of the UK’s largest real estate and lodging transactions including the £1bn central London Grange Hotel deal in 2019 and the £1.7bn sale of the Broadgate office and retail complex in London and Robert Cook the CEO of TGI Fridays Group and previously CEO of Virgin Active UK

“The vision for Valley Ridge is that of a truly differentiated destination resort. The combination of sport, fitness and wellbeing coupled with a thoughtful and relevant culinary offering to suit all tastes is exceptional. The quality of accommodation and ease of access will ensure that Valley Ridge will become the go-to for UK staycations,” Mr Cook commented.