Scottish ski resorts are hoping that this coming weekend could be the best of the season yet on Scottish slopes as a dip in temperatures and the arrival of hill snow should mean that some of the five centres will be able to open runs away from the small areas covered by snowmaking.

The current issue keeping more than half the centres closed today is very strong winds, with Glencoe and Nevis Range in the West both closed today, as well as Cairngorm (pictured above), further east, which says it expects 75mph gales on its slopes through today. 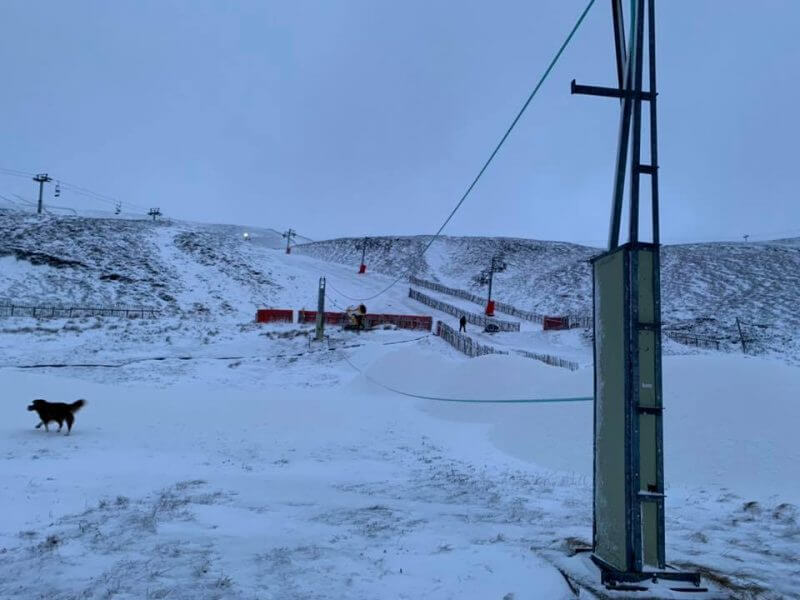 Scottish centres use snow fences to try to hold snow that falls on the mountains, as strong winds are a perennial problem. Glencoe reports this morning that they’ve had mixed success with that so far, a statement stating,

“ It’s pretty stormy this morning so the Access Chairlift is closed again, however it’s still snowing and it’s looking good for snow sports to resume from Friday. Most of the snow in the storm force winds has been deposited on the mid mountain which is starting to look good, however upper mountain is pretty scoured with very little snow sticking around.”

The country’s two more easterly areas, The Lecht and Glenshee (above) are both open today after being closed by gales and/or snow-blocked roads earlier this week.

Scottish centres have had a rapidly changing start to the season with record high temperatures and strong winds destroying bases built up during periods of low temperatures and hill snow.  However all five centres now have special snow making machines which can create snow even when temperatures are above freezing so have been able to open some beginner terrain and short runs at least when in previous years they would not have been able to in similar conditions.  Cairngorm is pictured below on 2nd January. 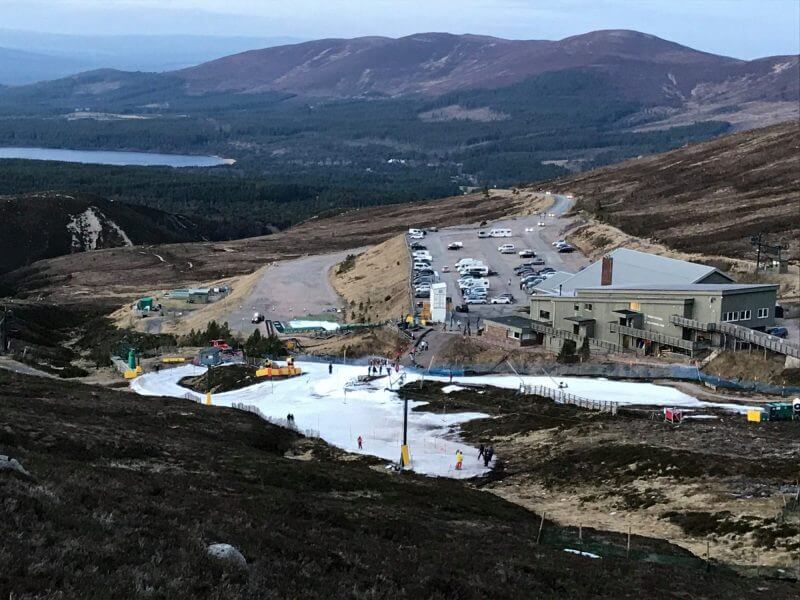