New Snow Artwork Exhibition from English artist Andrew Macara is to be exhibited from 14 February to 2 March by the Jonathan Cooper Gallery in London. 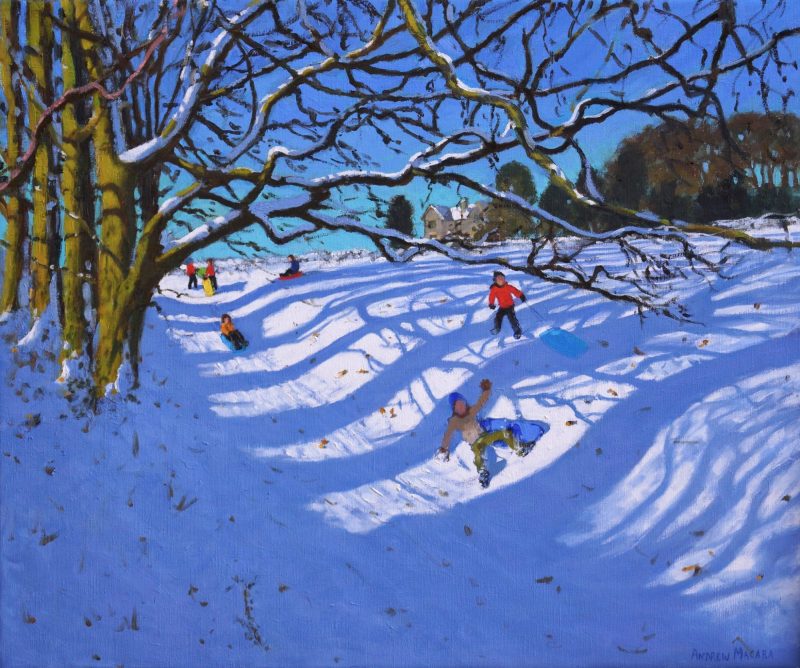 Whether depicting a frenzied snowball fight or the unsteady wobble of ice-skating, Macara is drawn above all to the unselfconscious delight that children take in their environment, finding their carefree movements more dynamic and interesting than that of adults. His choice of scene is visual and instinctual, and once attracted by a landscape he works quickly at his easel outdoors to capture the freshness of his subject. Fascinated by the contrast of light and shadow, he only works on bright days, and his frequent trips abroad are booked at the last moment, when forecasts predict good weather.

The exhibition includes ‘Children Sledging, Les Gets, France’; ‘The Orchard, Morzine, France,’ and Selva Gardena, Italy, all created with oil on linen.