In Italy the summer ski and board choices in late spring and summer are limited.  There was just one ski area open in the country for much of June, the Presena Glacier at Passo Tonale where a couple of black runs stayed open for race training. 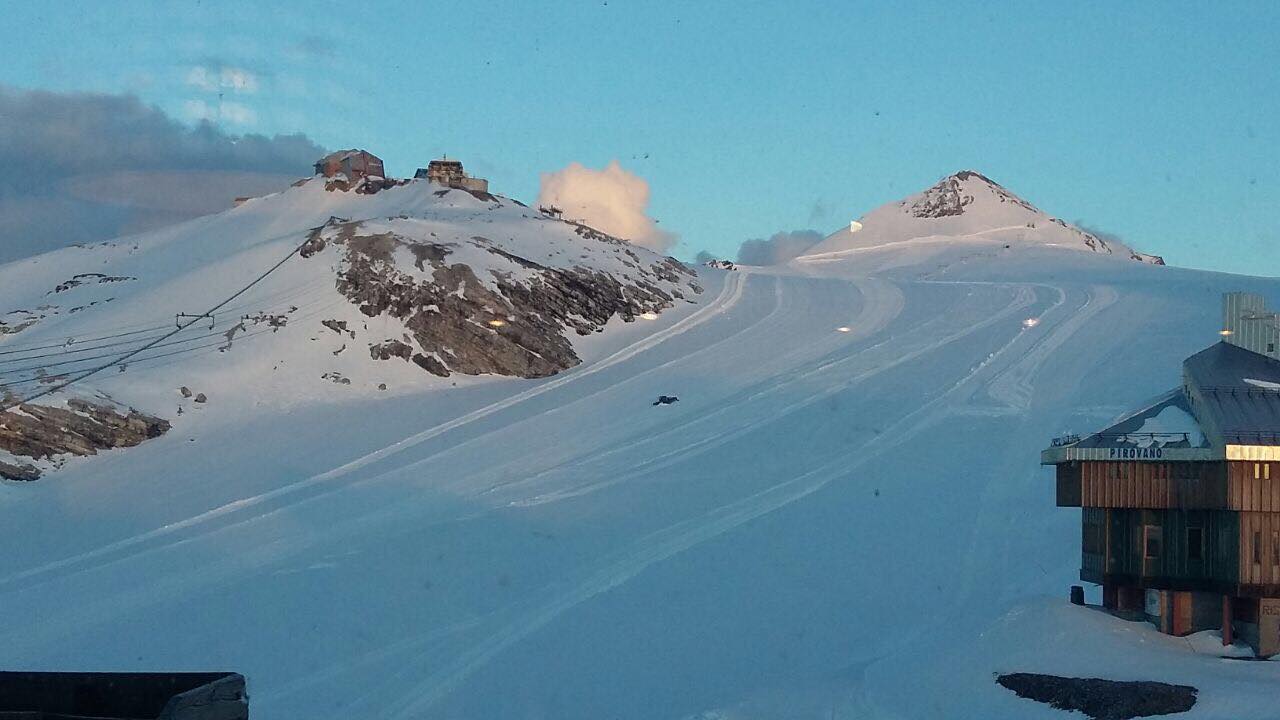 It’s now believed to be closed but another choice, the Stelvio summer ski area (pictured above) near Bormio has re-opened at the end of May following the 100th running of the Giro d’Italia cycle race over the pass (the road cleared of snow that kept arriving ion storms through May).  It’s open all summer.

A second choice should open on the last weekend of June for the summer – the glacier ski area above Cervinia, which will offer cross-border summer skiing to Zermatt in Switzerland for those lucky enough to visit.

Posted by Stijn Carnotensis on Tuesday, 23 May 2017