Riders for Refugees: Snowboarder Anne-Flore Marxer to Deliver Clothing to Refugees this December

Freeride World Tour vice champion snowboarder Anne-Flore Marxer has galvanised some of the world’s leading ski and snowboard brands into donating a mountain of clothing destined for Italy’s refugee camps this December for the Riders for Refugees initiative.

“Feeling sorry is not enough,” asserts world champion snowboarder Anne-Flore Marxer. “If we can help ease the plight of the refugees, we must.”

For skiers and snowboarders the world over, the ensuing winter chill enkindles excitement and anticipation: the promise of snow tantamount to fun and adventure. But for the tens of thousands of refugees who are forced to flee their homes because of warfare or fear of persecution, with only what they can carry and the clothes on their backs, the winter onslaught is a desperate and potentially deadly time of year.

Since the closure of the Balkan corridor through Europe from Turkey by EU leaders in 2016, tens of thousands of refugees arrived on Italy’s shores this year alone, often via rickety boats from Libya, carrying predominantly displaced people from Africa, Syria, Afghanistan and Iraq. Thousands die in the attempt, while many of those who do survive the journey end up in one of scores of refugee camps across Italy and beyond and begin an indeterminate waiting game. Their plight is unimaginable for most of us who live cosy lives in the West.

Since October, Marxer, who has made her name riding some of the world’s gnarliest lines, has been mobilising the ski and snowboard industry full throttle into donating clothing, as part of the Riders for Refugees initiative, launched in 2015 by winter sports journalists Danny Burrows and Alexis de Tarade.

Their initiative grew from the simple premise that snowboarders and skiers the world over have surplus jackets lying around, which could go towards keeping some of the world’s displaced and desperate people warm.

“We often feel helpless when faced with the big struggles of the world,” says 33-year-old Marxer. “But feeling helpless doesn’t change anything. When people work together they can make a difference. And it’s got to start somewhere. I know for a fact that when you’re motivated, you can achieve much greater things than you imagine.

“I am privileged to do what I do. I get to travel the world and live my passion. But so many other people are not to lucky. So this was a chance to make a little difference. Every jacket counts, every smile counts.” 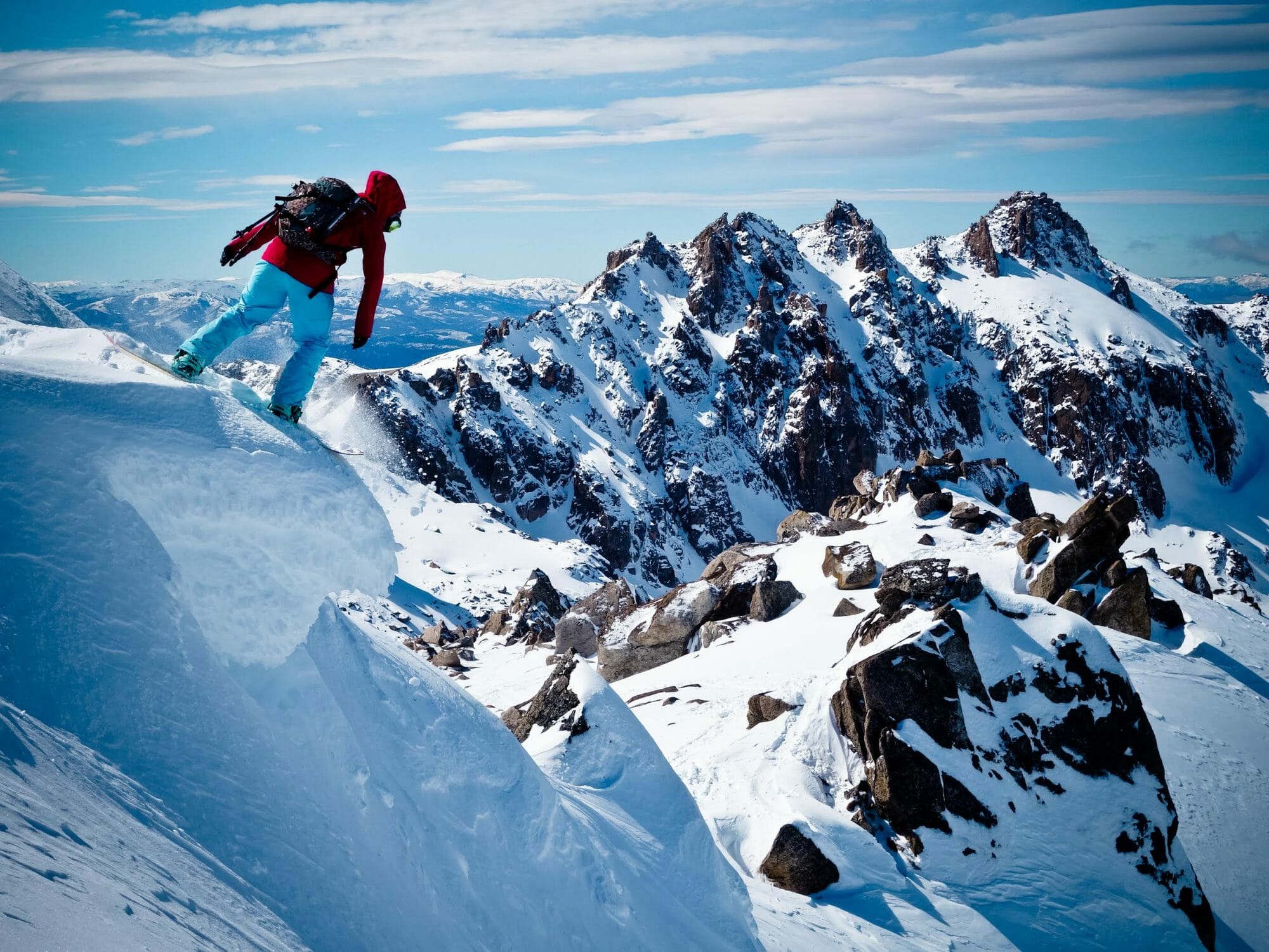 “My collection started with my own jackets,” she explains. “Two weeks later I had more than a thousand jackets to give.”

Big hearted brands who have donated gear include Volcom, Quiksilver, Billabong, Vissla, BUFF, Racer Gloves, VAUDE, Pull-in and Thermopad, as well as companies such as Culture Sud, local to Biarritz where Marxer spends the Fall surfing as part of her pre-winter training regime.

Marxer and her close friend, pro-snowboarder Aline Bock from Germany, will drive the boxes of jackets, scarves, gloves, hats and sweaters in Bock’s van, sponsored by Sunlight motorhomes and Thule, to Trieste in Italy on December 11th.

Marxer has long been an advocate for women in winter sports and gender equality and was integral in the fight for women’s place on the Freeride World Tour after the women’s competition was downgraded to the qualifier only tour, at a time when costs far exceeded the prize purse. 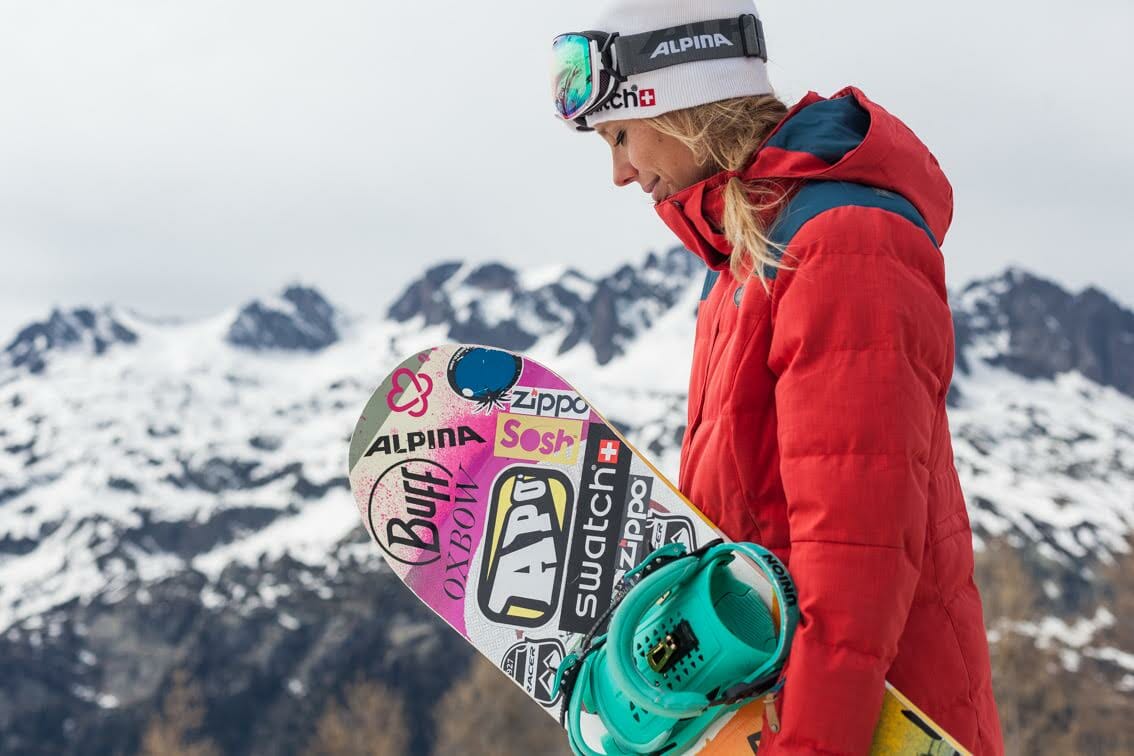 Marxer became champion in 2011 and is currently vice world champion. She says she draws her inspiration from the strength shown by her grandfather, who was in a member of the French Resistance in the Second World War.

“Doing this has given me a whole new perspective on life,” Marxer adds. “When you start working towards something that’s bigger than your own ego, career or hobby, the energy you find for it is incredible. It makes you a better person.

“I’ve asked everyone I could think of for support and people have been so supportive. And the response I’ve had from people on social media has been incredible. I am so proud to see our industry mobilised to helping people in need.”

To make a donation to help cover the cost of fuel to and from the refugee camps visit, https://www.leetchi.com/c/solidarite-de-afm-26961821

For more information about Riders for Refugees visit,www.ridersforrefugees.com or to donate visit, https://www.generosity.com/emergencies-fundraising/riders-for-refugees-operation-jacket-drop-part-2