Day 7 was the busiest day of action in PyeongChang so far with sixTeam BSS skiers and snowboarders competing. Sadly some performance falling short of our expectations. Devastated Andrew Musgrave can’t explain his result in the Men’s 15Km Free this morning. Whereas the Freestyle ski team clock in some practice laps at today’s Olympic Slopestyle practice sessions.

In just over three years, Charlie Guest has completed an amazing journey from fracturing four vertebrae in her back to completing the Olympic slalom competition, finishing a credible 33rd.

Guest had some troubles on her first run and was ranked 42nd, but was 30th fastest on the second run to move up nine places.

While she was targeting a top 30 finish, Guest said skiing at the Olympics was everything she thought it would be.

“It’s been an incredible experience, it’s exactly what you dream about as a kid,” said Guest. “I wanted to come here and do everyone proud. My first run wasn’t great but I really fought in that second run and moved up some places.”

“The last four years have been tough. Every season I’ve had a setback – whether it’s a broken hand or problems with my back.

“After Christmas I couldn’t walk for three days properly, so to come here and race the best girls in the world really means something.”

Teammate Alex Tilley didn’t fare so well, missing a gate early in the run and recording her second DNF in as many days after failing to complete yesterday’s first run of the giant slalom.

Coach Noel Baxter said that while it was a disappointing result, Tilley can now turn her focus to the new alpine team event next week when she will compete alongside Guest, Laurie Taylor and Dave Ryding.

“I thought Alex was going really well but she’s had trouble in slalom this year and not really found any consistency,” said Baxter. “We couldn’t transfer the progress we’ve made in training to the race.

“We hope we can put up a good performance [in the team event], with the chance of getting through a round or two. We’ve got a few days to prepare for that now.

“The girls will refocus and Charlie has shown she can ski really fast in that format and obviously we’ve got Dave Ryding there too.

“We’ve got big hopes for that and we arrived with ambitions to do well.”

Zoë Gillings-Brier overcame problems handling the Olympic course during training to qualify for the quarter-finals and ultimately finish 13th in the ladies’ snowboard cross today. The four-time Olympian struggled to make it all the way through the course until the final practice today, but held her nerve when it counted to qualify in 17th position for the quarter-finals. Gillings-Brier stayed with the leaders throughout the knockout race but ultimately finished fourth, one place away from a semi-final appearance.

“It’s frustrating not to get through into the semi-finals, that would have been very nice,” said Gillings-Brier. “But I had quite a lot of trouble in training here on the course. Today was the first time I had made it all the way down the course. I’m just happy I managed to stay on my feet. I was close to the girls and getting through, close but not quite there.”

The result was Gillings-Brier’s third-best at the Olympics after finishing eighth in Vancouver and ninth in Sochi.

Andrew Musgrave could not reproduce the brilliance which led to his history-making seventh place in Saturday’s skiathlon, however he still managed to score a top 30 result in the 15km free this morning.

Musgrave finished 28th, the second-best individual performance by a British cross country skier at the Winter Olympics. He also owns the third-highest finish with his 29th in the 2014 sprint in Sochi.

I don't know what happened. Today was the most important race I've ever done. It was a struggle from start to finish. I was nowhere near the level I thought I'd be at, or ought to be at. Pretty gutted right now.

With this race being his prime focus coming into PyeongChang, Musgrave was left disappointed he was unable to achieve the result he was after.

“I’m just gutted, this was the race that I’ve been targeting,” said Musgrave. “I knew on a good day I could be here fighting for a medal but I never thought I’d go as slow as that. I’m going to do the 50km and, if I have a good day, then I should be near the top end but right now I just need to think about something else.”

Andrew Young was just outside the top 30 after the first time split but faded to finish 57th, while Callum Smith beat home more than 40 competitors in 75th place.

Musgrave and Young will contest the Team Sprint on Wednesday before Musgrave takes on the 50km classic on the penultimate day of the Games.

Two of Britain’s leading lights in freestyle skiing are ready for action when the ladies’ ski slopestyle gets underway tomorrow at Phoenix Snow Park.

Izzy Atkin and Katie Summerhayes have both visited the World Cup podium this season and have high expectations for their Olympic campaigns.

Atkin has barely put a foot wrong in recent times, earning top 10 finishes in 11 of the 12 slopestyle World Cups she has contested over the last three years.

At 19, Atkin is Team GB’s youngest athlete in PyeongChang and her progression of results over the past twelve months leads to high anticipation for her first Olympic appearance. In March 2017 Atkin won her first World Cup before finishing third at the World Championships. Then this season, she finished 7th at a World Cup in November, 5th on the Dew Tour in December, and in January she was 3rd at another World Cup before finishing 2nd at X-Games. 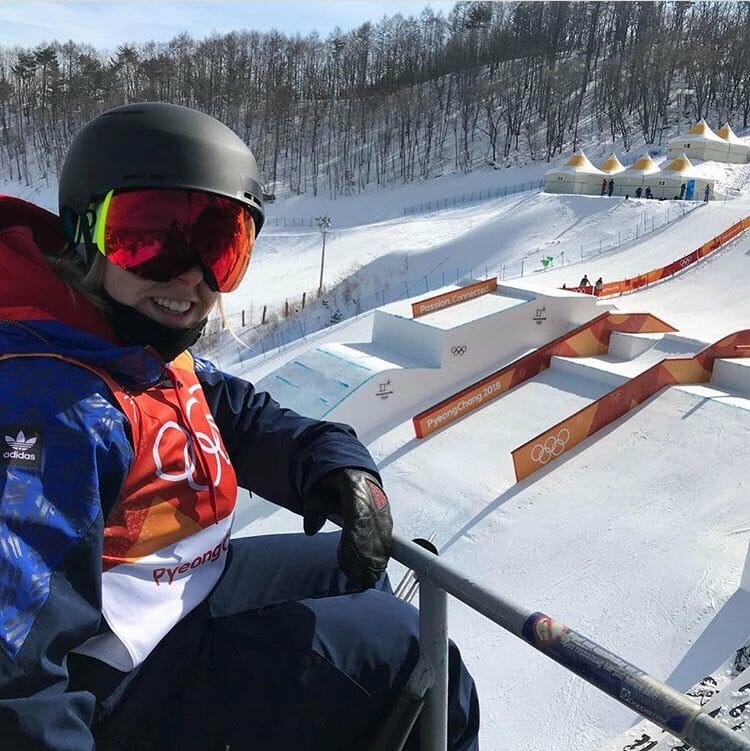 Summerhayes comes into the event with far less competition in recent months after sustaining an ankle injury late last year. She has worked hard on her rehabilitation and has been cleared to compete in her second Olympic Games.

Four years ago Summerhayes finished seventh, one of the top five individual performances from Team GB in Sochi. She has been a consistent force on the ladies’ ski slopestyle scene after first hitting the World Cup podium in 2013. Since then she has accumulated a World Championships silver medal in 2015 and three World Cup podiums, the most recent coming in November in Stubai.

Lloyd Wallace has quite the background story coming into his first Olympic Games but he will be keen to put away the headlines and let his performance speak when the men’s aerials gets underway.

The son of Olympic freestyle skiers, Wallace was placed in an induced coma in August following a training accident but has returned strongly to be back on the World Cup circuit and is ready to go in PyeongChang.

Wallace, who turned 23 on Tuesday, achieved a top 20 result at last year’s World Championships and has two World Cup top 10s to his credit.

His best result came at Deer Valley two years ago when he finished seventh and he will be targeting the top 12 in qualifying to progress to Sunday’s final.