A piste map has been published revealing the six runs within the world’s new biggest indoor snow centre – by snow surface area – set to open in China next month. 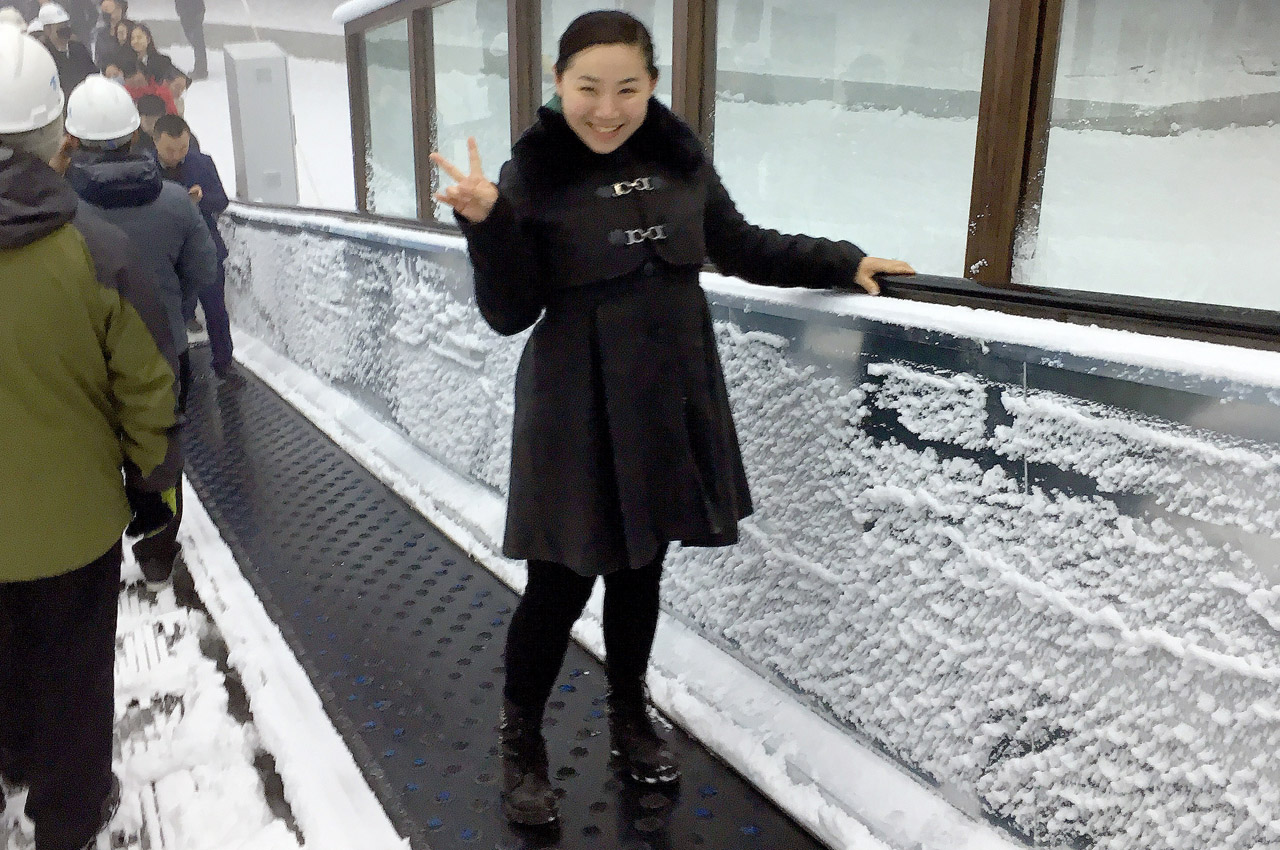 Uplift is provided by several indoor chairlifts and conveyor lifts, the latter featuring moving handrails for the first time.

The 500m long slope will be the fourth longest in the world, behind slopes 550-640m long in France, Germany and The Netherlands, however the width of the slopes is wider than at the European centres giving the new centre the biggest indoor snow area in the world. 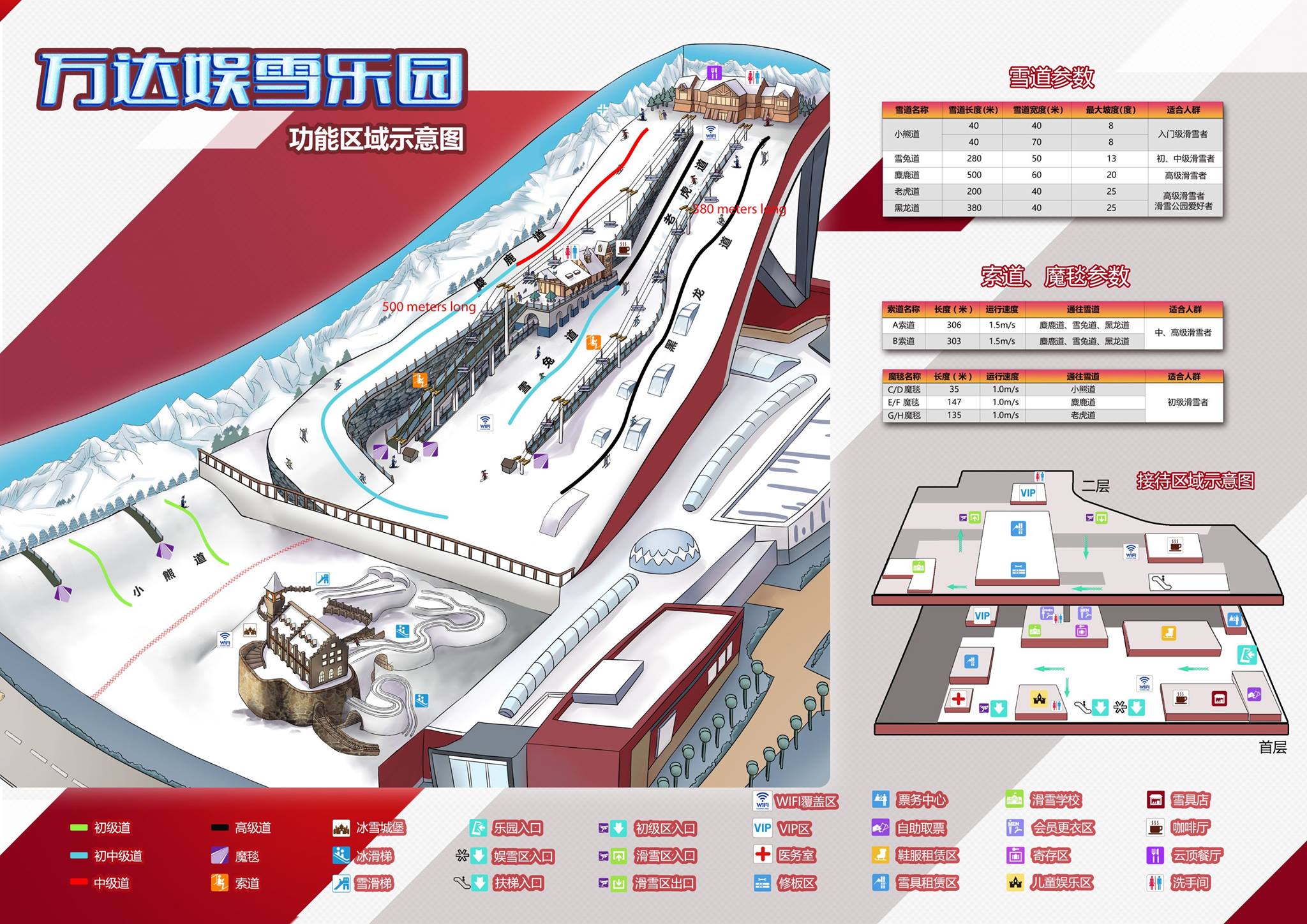 The title may only last in Harbin for a few years as plans have been unveiled for a 1km+ indoor snow slope in Dubai, due to be completed by 2019.

Harbin is China’s main ski region in the North East of the country, although in recent years the focus has moved south with the awarding of the Winter Olympics to Beijing.  Temperatures in Harbin can reach -20 to -30C in winter so the indoor snow facility will be warmer to ski in indoors than at the region’s 50+ outdoor ski areas. 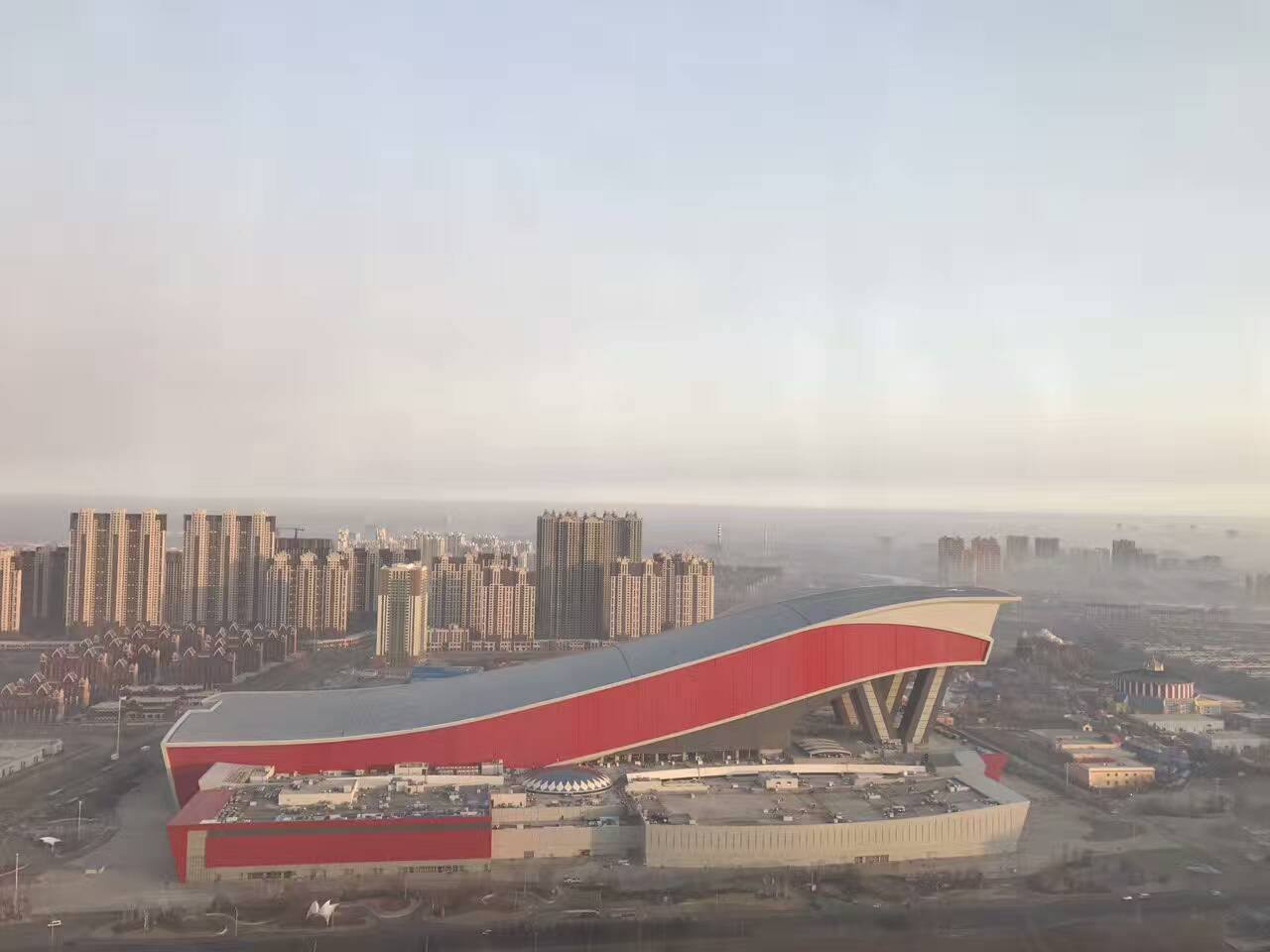