California is hoping for a lot of precipitation to ease its drought but ski areas in the state are hoping this will translate to several feet of snowfall higher up, potentially record accumulations for this early in the autumn.

Mammoth has moved its opening date forward from the (already early) November 13th to this Friday, October 29th, in time for Halloween weekend.

Meanwhile Keystone has become the third Colorado ski area (and third in North America) to open for the 21-22 season (as pictured above and below) and the second to open daily. Wolf Creek, open weekends, was the first on the 16th followed by Arapahoe Basin, open daily, on the 17th.

Most other ski regions in North America have reported snow and/or cold weather in the past few days meaning the season is also expected to start imminently in New England, the Midwest and up in Western Canada.

Travel to Canada for skiers and snowboarders who are fully vaccinated has already resumed from many countries after an 18 month border closure to leisure travellers due to the virus and is due to resume from the EU and UK and some other countries to the US early in November. 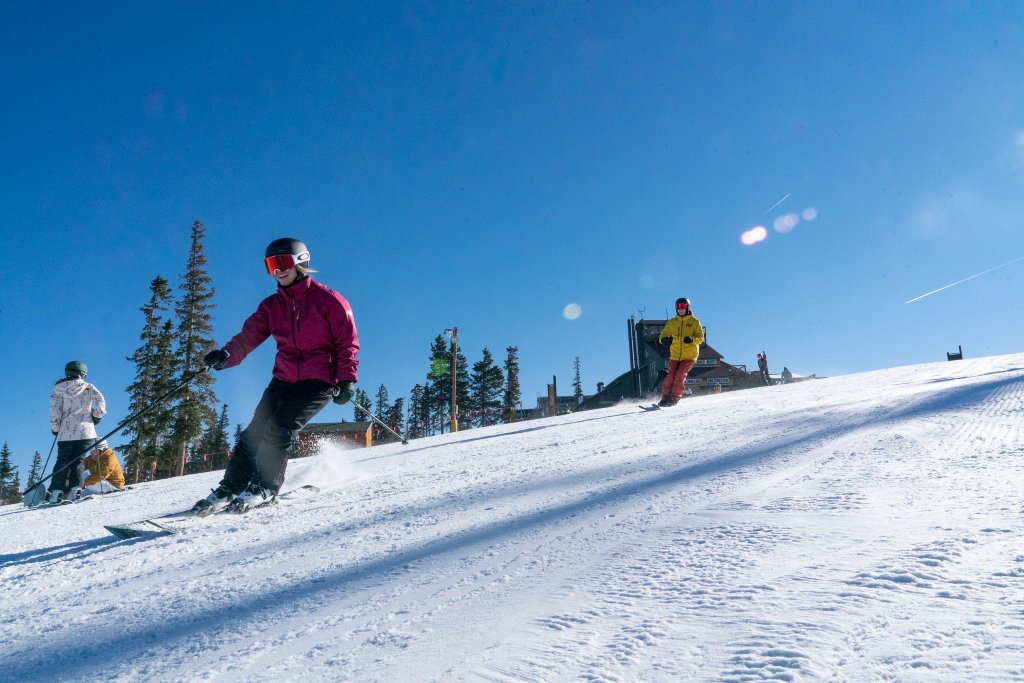